Back in Black, Back on Top: 10 Most Important Numbers from Utah-UCLA 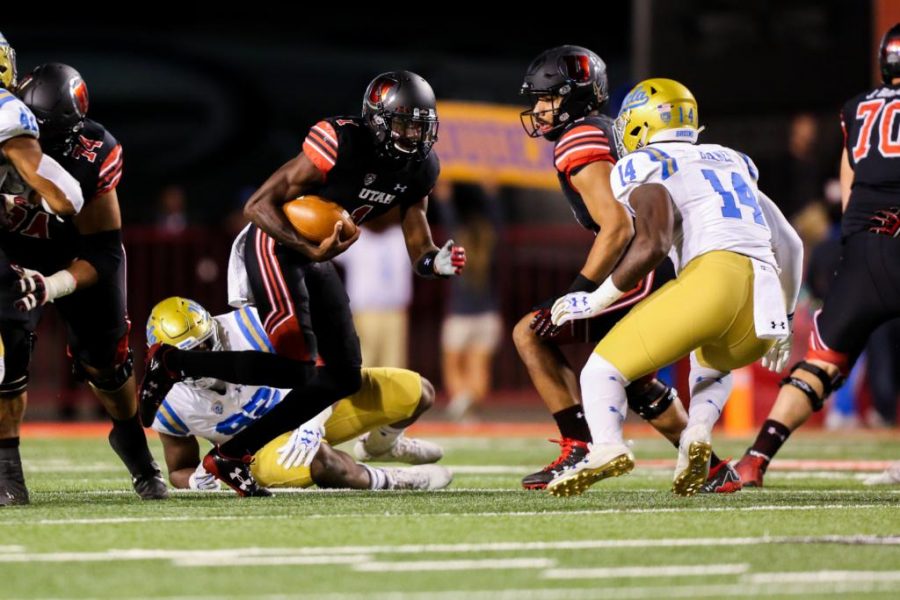 The Utah football team put an end to its four-game losing streak on Friday night as it defeated UCLA 17-48 on “Black-Out Night.” Here are the 10 most important numbers that tell the tale of how the game unfolded.

7 – Since entering the Pac-12, Utah and UCLA have been pretty evenly matched. Entering this season, UCLA was the only Pac-12 South opponent with whom Utah had evenly split its games through its first six years (3-3), making this game a “Game 7” of sorts.

71% – UCLA came into the game missing the player behind 71 percent of the team’s offensive production on the season after their quarterback Josh Rosen was injured last week against Washington. The team’s backup, Devon Modster, started well enough, completing 7-of-7 passes for 101 yards and a touchdown. After that point, he was only 1-of-5 for two yards before being pulled from the game.

10 – Utah returned to its early season struggle with penalties as it had double digit penalties for the first time this season since their second game against BYU.

3 – Coming out of the half leading 17-10, Utah scored a touchdown on three consecutive possessions. The last time Utah did that was against BYU in the 2015 Las Vegas Bowl when they went up 35-0 in a bizarre turnover-filled first quarter.

4 – Sandwiched in between those scoring drives by Utah, UCLA’s offense had four consecutive drives end in three-and-outs.

214 – When a team combines multiple long touchdown drives on offense with multiple three-and-outs on defense, that team ends up with more yards than its opponent. In the third quarter, Utah had 232 yards compared to UCLA’s 18, a difference of 214 yards.

4 – Tyler Huntley finished the day with 15 completions on 22 attempts for 234 yards and four touchdowns. No other Utah quarterback had thrown for more than two touchdowns against UCLA since the Utes joined the Pac-12. He also added 93 yards on the ground off 18 carries.

153 – Last week I wrote about how the Utes needed to give Zack Moss more than the 11 carries per game that they had given him the previous two games. That’s exactly what they did this time as he ran the ball 23 times (more than the last two weeks combined) for 153 yards and two touchdowns.

249 – The UCLA offense finished the game with only 249 yards of total offense, which is the second fewest yards allowed by a Utah defense against a Pac-12 opponent since joining the league in 2011 (the fewest being 226 against Oregon State in 2012). You can put an asterisk next to that stat to account for it being a first career start by a freshman quarterback for UCLA, but it’s impressive nonetheless.

1 – At 5-4 in Pac-12 action, Utah needs to win one out of their last three games to become bowl eligible for its fourth consecutive year.