Vegan for the Holidays 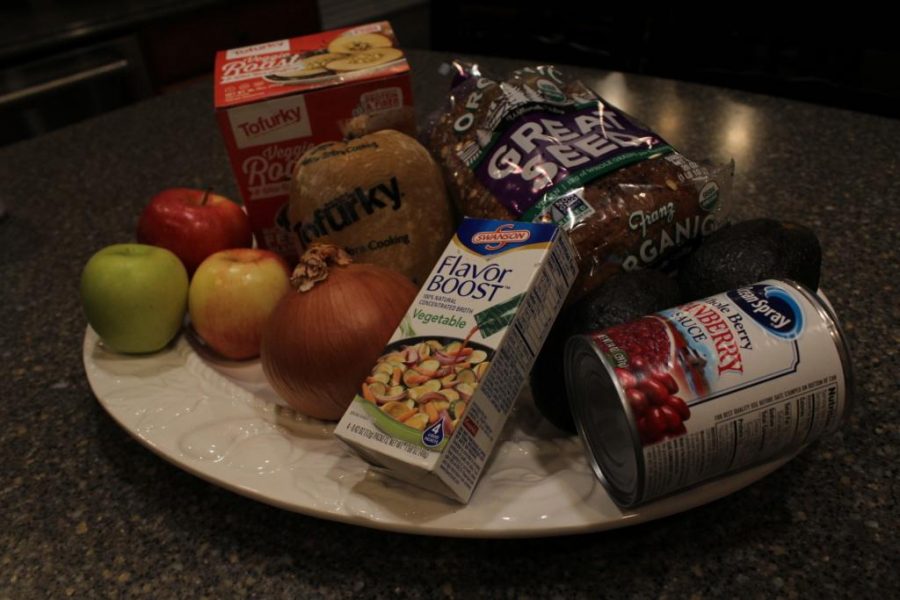 In today’s world, diets seem to be all the rage. Along with diets come protests and research to denounce their healthiness and discourage potential followers. Veganism, however, is not a fad diet. Vegetarianism, or at least evidence of it, has been around since the Greeks in 500 B.C. The first veganism concepts began to take hold in 1806 when doctors William Lambe and Percy Bysshe Shelley objected to eggs and dairy, according to vegansociety.com. Back then these people were called non-dairy vegetarians, until in 1944 when they coined the term vegan. While vegan is certainly becoming a more popular dietary choice, it is not new enough to be considered a fad. More importantly, is it actually healthy?

There are three essential food categories: lipids (fats), protein and carbohydrates. You need all three in varying degrees to be healthy, as well as a range of nutrients and vitamins. In theory, this is not hard to accept. So the question really becomes, can a vegan diet effectively provide enough of these components to stay healthy?

Lipids — healthy fats — can be found in avocados, nuts (walnuts, almond, pistachios), olive oil and flaxseed. A surprising number of vegetables contain protein and of course, there are always lentils and beans. As for carbohydrates, well, bread never hurt anybody to begin with, and it has always been delicious — bread is our friend. For a sweet treat, you can substitute applesauce and coconut oil in for butter and milk, add some walnuts and chia seeds and make brownies with all three of your food groups.

Speaking of substituting ingredients, we are inarguably in the age of veganism. There are so many substitutes for burgers, eggs, mayonnaise, butter, milk, yogurt and even ice cream. Smith’s has an entire section of organic, gluten-free, dairy-free and vegan items. They even have soft chocolate cookies that are to die for. Whole Foods, Sprouts and Trader Joe’s are also all within Trax routes and are full of vegan options. The only caveat to this lifestyle is you should really enjoy cooking before you decide to go vegan.

Unfortunately, the holidays are the hardest time to be vegan. Candy at Halloween and turkey at Thanksgiving and Christmas. Is it worth it to participate in the holidays when you can’t participate in the best part — the food? Sky Kawai is a junior at the University of Utah studying musical theater who is also pre-medicine. He began the vegan lifestyle several years ago when his father’s best friend was forced to cut out animal products as a means to fight cancer. He says being vegan helps his “body to run more efficiently.” His skin cleared and he lost weight that he has since regained in muscle. He doesn’t think veganism is terribly difficult. He cooks about four times a week and says Google has been a lifesaver. His favorite vegan dish is cauliflower hot wings, and his favorite vegan treat is pumpkin chocolate chip cookies.

“Thanksgiving is hard because the substitutes for the classic meal don’t live up [to the standard],” Kawai said. “But Christmas is fine because [I] can eat anything deliciously vegan.”

Being vegan is essentially being a food hipster. This fairly old tradition is being reinvented and revamped into a new form every day. You’re not losing out on much if you’re being healthy and with how easy it is to find substitutes, you aren’t giving up too much. Get on the train — or off as it were — and think about a vegan holiday season this year.