Bean is Keen on Team Success 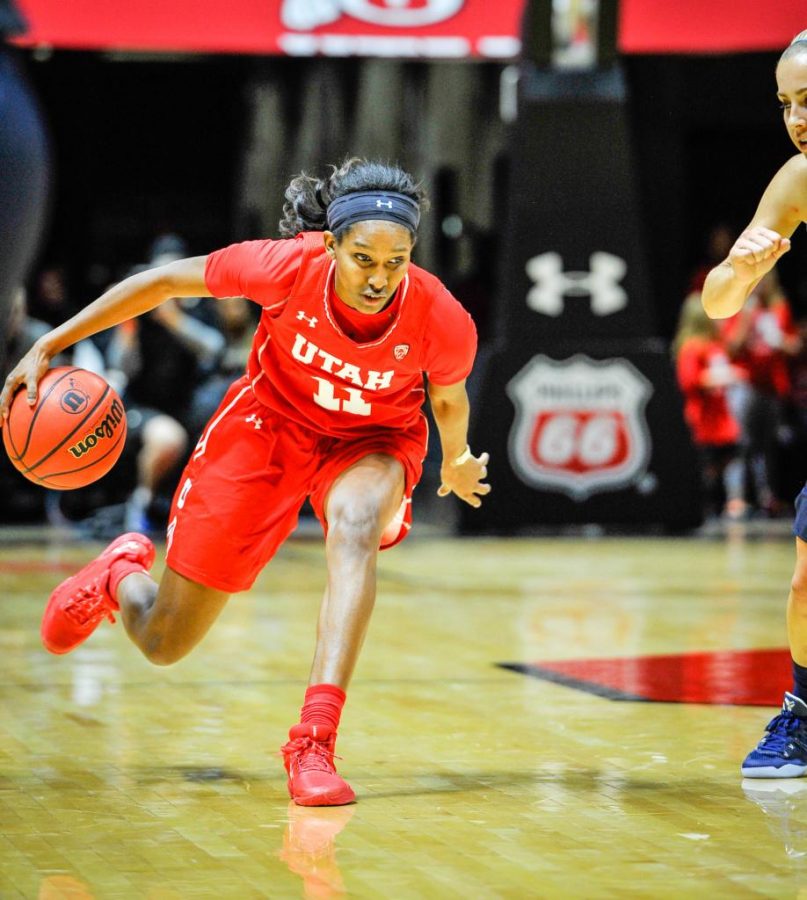 Team sports require collaboration, commitment and leadership — things that junior Erika Bean, guard for the University of Utah women’s basketball team, understands the importance of. This season, Bean is specifically focusing on becoming a leader by being more vocal on the basketball court in order to help Utah achieve success. The recently graduated players and the current senior class are some of the people who have and continue to motivate her to reach her goals.

“I know that the seniors definitely set a precedent for the culture of this team, so I know that I want to make the season awesome for them,” Bean said.

Bean hopes to do that by continuing to put up numbers that will push the team in the direction it wants to go. She is coming off a sophomore season where she averaged 4.1 points per game, 4.5 rebounds, 5.6 assists and 1.4 steals. She held the team’s third-best rebounding average, and she was the team’s leader in assists. This time around, she knows she must continue to put in the work needed because she feels the responsibility to bring her experience to the court.

“There’s great expectations for this upcoming year from the freshmen and the group of returners,” Bean said.

While Utah looks forward to its new season, Bean is also ready to improve along the way. Bean is described by teammates as someone who “gets stuff done.” Consistency in her athletic performance and attitude gives the team confidence on the court.

As a point guard, it’s important for Bean to communicate and stay relaxed under pressure, all of which she is prepared to do. With Bean at the top of the key, her team looks to her to keep the game rolling and to be assertive. While the Lady Utes often rely on each other for support, Bean also relies on her family, and she always tries to make them proud in all she does — school and athletics.

She plans to graduate with a degree in kinesiology, and she hopes to continue to play basketball overseas once she finishes her time as a Ute. If that opportunity doesn’t arise, she will pursue her interests in physical therapy by applying to graduate programs so that she can stay involved with athletics.

“I also like photography, so I’ve been thinking about applying to different art schools,” Bean said.

With multiple interests and talents, Bean stays busy and focused on the things she loves most: her family, team and education. These are the important aspects of Bean’s life that motivate her to be a force within the Utah women’s basketball program.