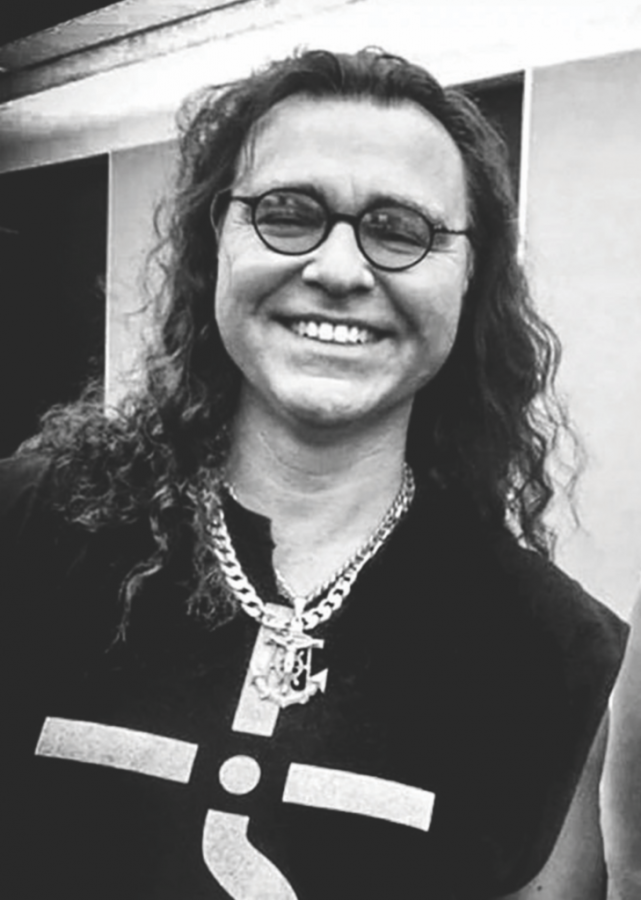 A man who can be seen wearing sleeveless shirts and shorts year round, Brian Kubarycz is a writing and intellectual traditions professor for the Honors College at the University of Utah.

Kubarycz has always sought after music. It has impacted the way he writes and teaches, and it even made moving to Salt Lake City easier.

“I would see any bands I could get to because it made me feel like I was home,” Kubarycz said. “I could just let go and be me. I didn’t have to be anything other than that guy who was totally into the band.”

Music has always been a source of comfort for Kubarycz. He cited the radio programs he listened to while living back in western New York.

“Knowing that you’re not alone, that there are other people out there tuned into the same broadcast at the same time, not just loving it, but surviving on it,” he explained. “We’re all trapped in a culture that caters to the mainstream which courts mediocrity. Something out there that’s edgy or unconcerned with what the majority is up to, that’s like light and air for some of us.”

Kubarycz said he was a bashful kid, even running out of his first grade classroom in tears after his teacher showed his drawing to his classroom. Throughout his life, handling attention has been difficult.

“They never teach you how to teach,” Kubarycz said. “There’s all sorts of pedagogical sessions, orientations for new graduate students, but I never found much of that helpful. What helped me was being in bands.”

The professor plays guitar for Cavedoll, a project headed by Camden Chamberlain. He has played in multiple bands in the past, including Totem & Taboo, which was also with Chamberlain. Cavedoll is currently working on recording an album.

“I was unbelievably awkward on stage,” Kubarycz said. “I got better, but I stopped playing so that I could go to school. Still, I kept going to shows. I was the guy standing next to the stage banging his head, getting way into it, and when I found myself on stage again, years later, suddenly I was that [same] guy banging his head, but I was on stage. This new open and communicative part of me came out that I didn’t even know I had.”

For Kubarycz, teaching his students is the same as being on stage. His goal is to make students feel comfortable expressing their thoughts, talking about literature and working collaboratively and creatively. He takes his students on field trips to various parts of town, from concerts to record stores to food trucks, in the hopes of inspiring them.

“You’re doing something that you’ve never done before and has never occurred to you as something you’d be interested in,” he explained. “You just went along because somebody in the room was cute and you heard they were going, and then you find out, ‘Wait a minute, I’m really enjoying this,’ [and] you just learned something about yourself.”

Kubarycz aims to help his students experience learning the way he experiences music.

“I don’t want to just give a lecture, I want to have a jam session,” Kubarycz said. “I don’t expect you to solo, but sound a few notes, see if they seem right to you. Even if you play a stink note, I know how to play a note that will take it where it needs to go or that will correlate to it in such a way that suddenly it becomes this lush harmony instead. When I walk into the classroom, I’m ready to roll. I show up and rock out.”