The Perfect Tune Up 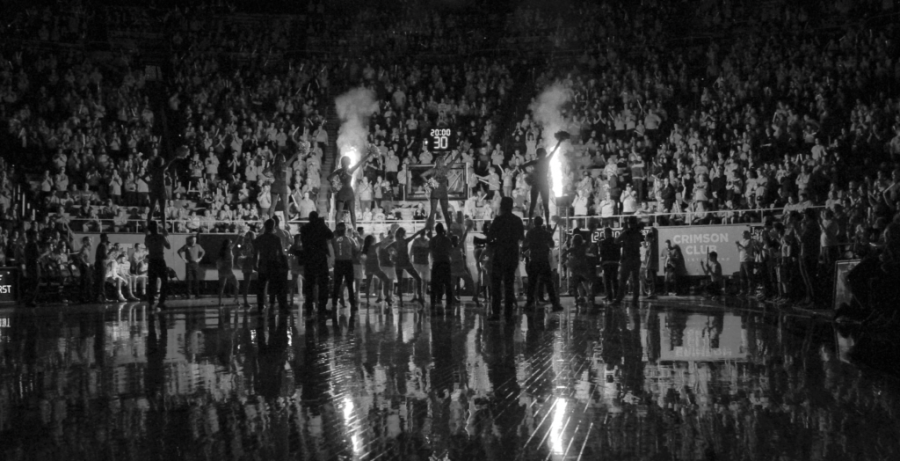 Basketball and hip-hop don’t ever seem to miss a beat.

So when it comes to nailing down that perfect playlist to warm up to before games, the University of Utah men’s basketball team is on the same page, well, for the most part at least.

The Runnin’ Utes agree that the perfect playlist consists of music that “pumps you up,” but the playlist also needs a well-balanced rhythm to it.

Junior Sedrick Barefield likes to listen to a wide variety of music, anything from hip-hop to R&B to country. In all honesty, he said he likes “anything that sounds good that I feel like I can sing to.” So his ideal playlist seems to be something everyone can get on board with, but it also can’t be something that transitions from a Jason Aldean song to a hardcore yelling rap song, like one by Death Grips.

“I think a good playlist just has to be diverse,” Barefield said. “You can obviously have a good hip-hop playlist, a good R&B playlist, but when you have a mixture of everything and it doesn’t take a 360-turn and it still has a good vibe and feel and flow to it, then that makes a difference.”

Senior transfer Justin Bibbins typically likes to listen to R&B, songs that are more soothing than anything. He particularly likes old school artists like R. Kelly, and he enjoys Chris Brown, an artist more than one player on the team brought up as one of their favorites.

When it comes to his ideal warmup playlist, he wants a good mixture of music, anything from artists like Lil Uzi Vert to Playboi Carti to a song like “Eye Of The Tiger” — but that one was said more light hearted than the rest of the bunch. With those basic parameters set, Bibbins does outlaw one specific genre.

“Country is breaking it,” Bibbins said laughing. “I’m sorry, no country. What’s making it is Kendrick [Lamar]. Put some Kendrick on there, and that’ll make your playlist.”

Speaking of Lamar, he seems to be one of the most recent crossovers when it comes to relationships between the hip-hop and basketball world. In 2016, NBA superstar LeBron James asked Lamar on Twitter when his next album was going to drop. Then a week later, Lamar released “untitled unmastered” to which James says he deserves no credit for, but it is becoming hard to separate the two worlds (not that the two worlds should be separated in the first place).

“You see the best players now hanging out with the best rappers and I think that the basketball culture for some time since Allen Iverson’s been in the league has went from a regular NBA deal to a hip-hop type feel as far as the players and the way they dress and the music they listen to,” Barefield said.

So while hip-hop is a favorite genre among most players on the Utah basketball team, senior David Collette prefers to listen to reggae, and Bibbins had a hard time believing this at first. However, the duo found common ground on some of the artists Collete cited as his favorites, artists like Bob Marley and J Boog. Although he prefers songs that are more relaxing, he sets aside his personal preferences for something that will better resonate with him, and the entire team for that matter, when he’s preparing for a game, so for that specific instance, he also leans towards hip-hop.

“It’s because it gets you going and it’s nice to work out to when you got a beat going,” Collette said. “It gets your blood pumping and it gets you ready to go.”

But when it gets down to Collete’s own warmup playlist, he bans all things Katy Perry.

Basketball and hip-hop. The two collide often and they are almost inseparable by the looks of how the Utah basketball team thinks of the genre and the sport. And if there’s anything to take away, it’s that Lamar is a must for a warmup playlist, and country has no business being anywhere in the mix.