Gloves Come Off with Coco Artist 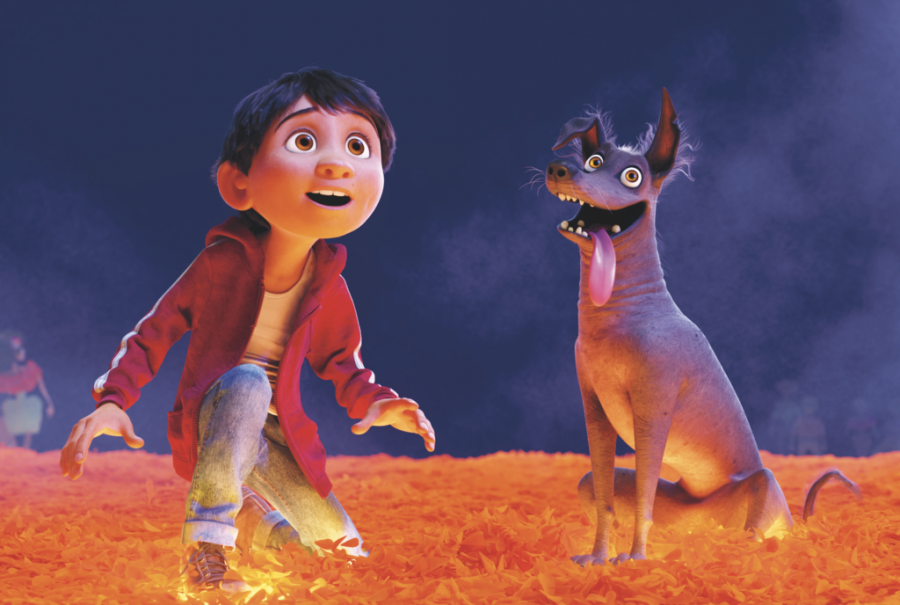 The University of Utah welcomed Emron Grover to campus on Nov. 3. Grover, a Utah native, has been working for Pixar for 10 years. He has been drawing since he was 2 years old, but he never thought of doing anything with his artistic ability on a professional level until he was in college. As a teenager, he became interested in computer programming. Grover attended Bringham Young University where he started as a computer science major. He then went on a mission for The Church of Jesus Christ of Latter-day Saints, and upon his return, he discovered BYU had added a character animation major to its curriculum. Although he enjoyed character animation, he found his niche as a cloth simulator. Grover was chosen to intern at Pixar, and three weeks into his internship he was able to work on “Up” and the rest is history. Since “Up,” he has worked on films such as “Brave,” “Inside Out” and most recently “Coco.”

As a technical artist, Grover doesn’t actually do any animations, a common misconception about the people who work at Pixar, and he actually never does the thing that got him interested in the arts in the first place.

“I do all the clothes that the characters wear, so it’s much more technical, much more hands on the computer,” Grover said. “I never draw while I’m at work.”

After working on a few different films, Grover was especially excited to get work on Pixar’s latest release, “Coco.”

“It was a great experience, I mean it’s a beautiful film,” Grover said. “Personally, I was extremely excited about the story. When I went on to the film I didn’t know too much about the story, but I was mostly intrigued by the skeletons. Since I do the clothing, I was really interested in figuring out how we were going to clothe all the skeletons.”

Oftentimes, there is a lot more work (and a lot more people) involved in the production of an animated film than you might think. Grover was involved with “Coco” for two and a half years, but overall, the film was in production for six years, and that includes the story development.

“Usually 400 people have touched it,” Grover said. “In my department, the tailoring group I work with, we average about four, five or six tailoring artists per film. At one point we had nine on this film because it’s such a massive film.”

During the production of “Coco,” Pixar sent members of its staff to different cities in Mexico during Dia de los Muertos every year they worked on the film to experience how the holiday was celebrated in different parts of the country. Pixar also had three cultural consultants from Mexico come in to help with the process of developing the film to be an authentic representation.

Grover spent a few moments discussing why he feels the arts are important, not just as a way of historical preservation, but also for connection.

“To me, it’s all about story, the story art tells,” Grover said. “It kind of comes from my Pixar indoctrination of the story is everything. But really, when you go watch a ballet, it’s telling a story and in films we tell stories. Even if you’re just creating a single piece, you’re trying to tell some sort of story. Those stories are what we relate to as human beings, so if that medium disappears, we have a disconnect of relating through a visual way.”

During the lecture, the audience was shown exclusive sneak peeks of the film and a detailed demonstration of how clothing simulation works, which included stories of simulation mishaps that had the whole room roaring with laughter. The event ended with a question and answer period. Someone from the audience asked Grover why he likes working at Pixar, and he said his favorite part is the people — he feels honored to work with so many talented individuals.