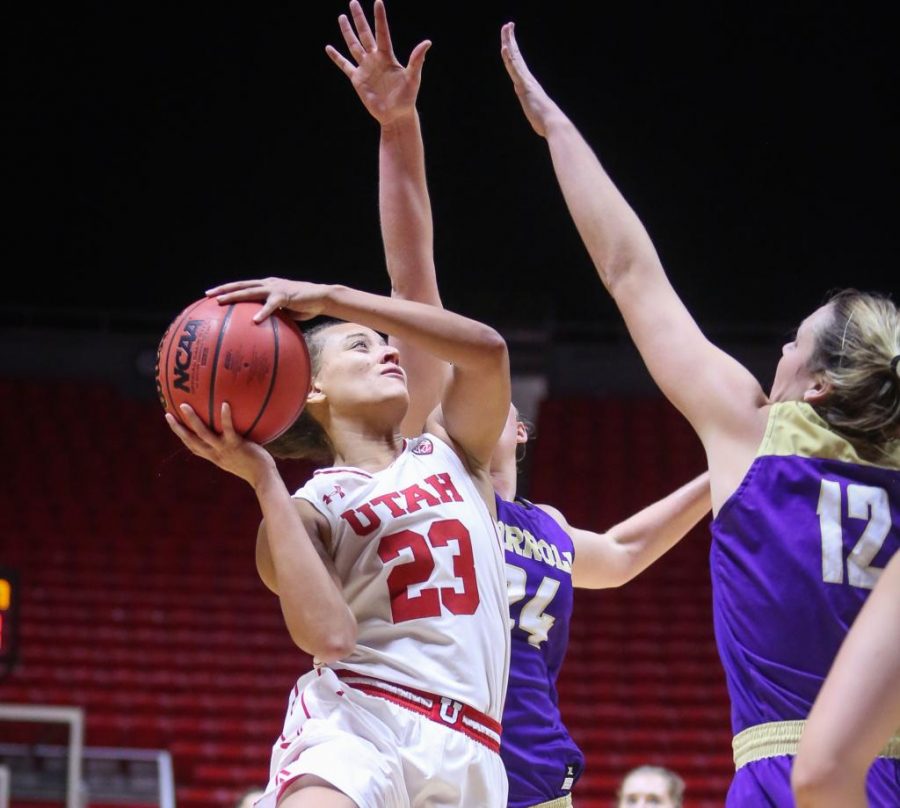 After hitting the road for its first time during its season on Monday, the University of Utah women’s basketball team will continue its travels, but this time against in-state opponent Weber State on Friday, Nov. 17. The Utes head into the contest having lost to Alabama, while the Wildcats are coming off their season opening victory against Utah Valley University. Head coach Lynne Roberts believes Weber State is going to be “fired up” to play an in-state game against the Utes.

“It’s good for us to play that and be ready. I know they’re a good team and so we have to be ready to play,” Roberts said. “I think they’re going to be very excited, very up. They’ve only played one game. They played last Friday and so they’ve had a week to prepare for us, so no doubt they’re ready to go. You know we got to prepare and be ready to play and be ready for a fight.”

The Wildcats were able to close their first game out strong with a 16-2 run in the fourth quarter against the Wolverines. The Utes didn’t have as solid of a final quarter against the Crimson Tide as it lost the game by five points. Looking to turn things around and get another win under their belt, the Utes have the size to do that, but execution will be key.

Utah’s defense will have to find a way to slow down Kailie Quinn, the senior guard who led the Wildcats with 20 points in their season opener. As for the Utes on the offensive side of things, forward Megan Huff, who led the team with 13 points in Monday’s defeat, will be looked to continue putting up numbers. Freshman guard Tori Williams will be playing in her first regular-season in-state matchup. She brought power coming off the bench against Alabama where she contributed 8 points in 24 minutes of action, and she will also be a Ute the team looks to for points.

Roberts is looking forward to her team not having to face as long of a trip to Weber State as it did when it flew to Alabama, and the fact that it is an in-state game, she knows their will be some support for her team in attendance. However, she still expects that it will be a tough environment to play in at the Dee Events Center.

“I think playing at home, it doesn’t matter if it’s down the street or across the country, playing at home is an advantage,” Roberts said. “But I think, you know yes, it’s nice that we don’t have to fly and it’s a short bus drive and all of those things, but I think you know like I said, they’re going to be really motivated to play us and that’s the reality of it, so I think the advantage in terms of home is definitely in their favor.”