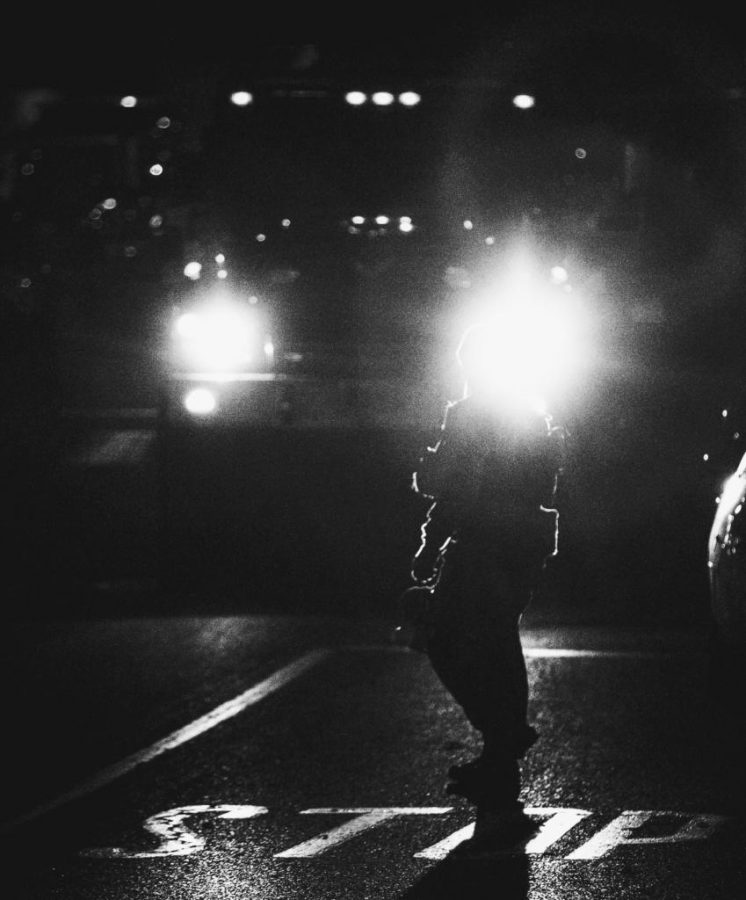 University of Utah Police (UPD) responded to a domestic violence call at the Peterson Heritage Center on the evening of Oct. 30.

Kathleen Boutain was distressed and speaking in fragments, according to a student working in the building who asked that their identity be anonymous. She said she and her husband had been in an argument at the site where the couple had been camping for the past couple of days in Red Butte Canyon and he pistol-whipped her. Her husband, Austin Boutain, was armed and looking for a getaway vehicle.

As police rushed up the canyon searching for the man, they found U student ChenWei Guo sitting lifeless in the front seat of his car. Guo was the victim of an alleged attempted carjacking by Boutain.

The alert was also posted on the U’s social media pages. Information regarding the incident was relayed through the system throughout the night.

“The alert that we send out when we have these kinds of events goes out to over 85,000 contacts and it takes about 35 minutes for all of that information to get out,” said Jeff Graviet, the director of Emergency Management Services. “We’re able to message through that format to keep people safe and aware and out of harm’s way.”

While most of the campus community’s information came by way of this alert system and the media, hundreds of people, from first responders to U President David Pershing, were busy giving direction and following leads behind the scenes.

The ultimate responsibility of executing the EOP and restoring campus safety lies with U administration. Before an incident like the Red Butte Canyon shooting occurs, however, the president is also in charge of creating and updating plans for emergency situations.

Pershing works with his cabinet, the director of Public Safety, the associate vice president for Administrative Services for Facilities and the managing director for Emergency Management. This group forms the Emergency Advisory Committee which then lays out a plan.

Then, representatives from Police, Fire and Hazardous Materials Response, Human Resources, Space Management, Plant Operations, Information Technology and Student Affairs meet to refine and document the plans as well as establish training for how they will be carried out.

The plan is based on requirements set by the United States Department of Homeland Security. The guidelines, called the National Incident Management System (NIMS), “establishes a uniform set of processes and procedures that emergency responders at all levels of government will use to conduct response operations,” according to EOP documents.

The Red Butte Canyon shooting elicited partial activation, or NIMS level three response. This meant that it would require the assembly of a situation triage and assessment team that would meet in person or through a conference call. This team would be directing a considerable amount of resources that had become involved and making an extensive amount of contacts with other agencies and organizations. This activation means that there is potential for the incident to expand rapidly, but that it isn’t large scale.

As UPD worked to find and detain Boutain, at least eight law enforcement agencies and around 200 officers from around the Salt Lake Valley, as well as the FBI, came to help. The Utah Highway Patrol sent a helicopter and law enforcement used a BearCat and thermal technology to search for the shooter. When officers searched the foothills east of Red Butte Garden the next morning, they were accompanied by armored vehicles and two sniper teams as overwatch.

“We had a good response from law enforcement, not only from the university’s police department but from several other police departments around the valley,” Graviet said. “That’s not uncommon when we have these kinds of events because we’re all closely bordered and we’re all inter-operable with communications.”

The priorities of the plan are to first, protect lives — including those of first responders, second, maintain life safety and assess damages, and third, restore general campus operations.

When police and administration became aware of the situation, they took action to fulfill the first priority by advising everyone on campus to “shelter in place,” while on-campus housing and the medical complex at the university were placed on lockdown. Law enforcement worked to clear buildings on lower campus, and at around 12:50 a.m. lifted the advisory for those west of Mario Capecchi Drive. The recommendations were lifted for the rest of the campus at about 3 a.m. Priority three, however, wouldn’t be achieved for a couple of days as administration canceled classes Tuesday out of respect for Guo, Pershing said in a letter to campus.

Police announced at 1 p.m. on Oct. 31 they arrested Boutain at the Salt Lake City Library. He was then taken into police custody and transported to the U’s Department of Public Safety for questioning and processing.

Emergency Management Services, especially law enforcement working within the group, was widely praised for its response to the situation.

“Let me publicly commend Chief Dale Brophy, the Salt Lake PD, the university’s department of public safety and the local and federal enforcement officers who have responded so quickly to our campus,” Pershing said.

Utah Gov. Gary Herbert also thanked responders, saying on Twitter, “Grateful for the rapid and professional response of officers from throughout the valley.”

While Graviet was proud of the work done by Emergency Management Services, he said that the organization learned numerous lessons from the incident. The one that stuck out most to him, though, is that the Emergency Alert Notification needs to give more detailed instructions on how members of the campus community can stay safe.

“I think our students, faculty and staff responded well to our instructions,” Graviet said. “We’re fortunate to have good leadership, a solid plan in place and a university that’s willing to support us in training and educating our campus.”