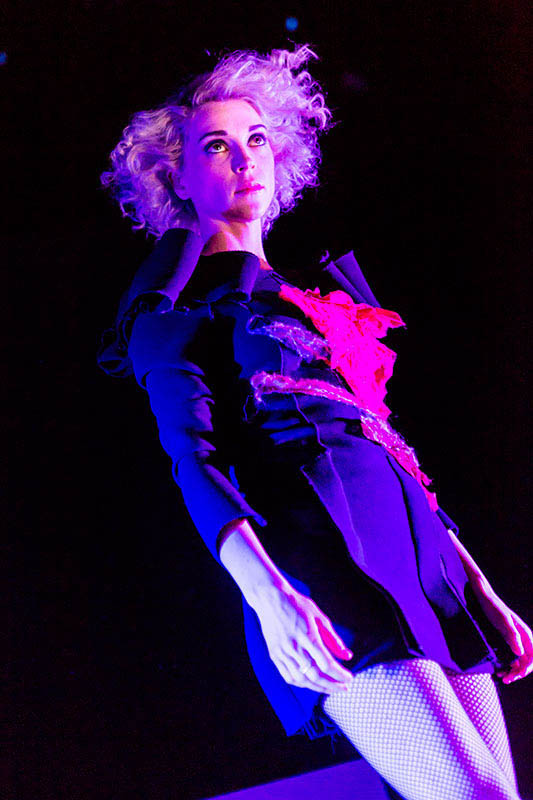 St. Vincent, a.k.a. Annie Clark, has gradually risen to fame as a talented indie pop artist over the last few years. Her second album “Actor” (2009) lead to her exposure and popularity. She has been consistently present on the top Billboard rankings on Spotify since its release.

St. Vincent’s fifth album “Masseduction,” released in October of this year, is one of her most talented albums to date with hit songs such as “New York”, “Pills” and “Los Ageless.” Currently, St. Vincent is on her “Fear The Future Tour” in the United States. Her music can be described as indie infused with pop elements, a mix of two genres that allows for St. Vincent to appeal to a large audience. It’s also sprinkled with layers of electronic sounds that live on top of deep throbbing pulses of instruments such as guitar and piano.

“Masseduction”  is composed of thirteen tracks with a range of sounds from the slow, quiet pop of “Hang On Me” to the quirky and infectious beats of “Savior” to a sad and tragic piano laid track “Smoking Section” that feels reminiscent of David Bowie. The lyrics of this album revolve around addiction, obsession and a persistent theme of death. A few tracks I love are “Pills,” a song about the abuse of pharmaceutical drugs, “Masseduction,” which overflows with sexual references interwoven with addiction and “Slow Disco,” supported by romantic strings and painted with lyrics about departure.

Throughout “Masseduction” there is a synthesis of electronic beats with classical instruments such as piano and strings. This album feels futuristic, achieving a marriage between synthetic and natural sounds crafted and molded with their own unique style. They echo life today somewhere between the surreal world of the internet and the real one in which we live out our daily lives. St. Vincent’s addresses common issues such as personal anguish, loss, obsession, addiction, love and death.

Different from her previous albums, “Masseduction” feels like a turn towards a darker side of the metropolitan person. St. Vincent’s fourth album “St. Vincent” (2014) hinted frequently at the coming turn with “Masseduction.” It had a lighter tone but possessed equally complex and tricky lyrics that sounded as if they were somewhere between poetry and half-remembered statements from intimate conversations. St. Vincent’s sound evolution reminds me of particular art movements of the nineteenth and twentieth centuries that paved the way for the art of today: impressionism that melts into a cubist or even dada-ist landscape highlighted with lyrics that hint at the life of a twenty-first-century city dweller.

The music of St. Vincent — specifically “Masseduction” — resides somewhere between art and life with music bridging the gap between the two in a unique and innovative way. I highly recommend this album to anyone who enjoys the indie or pop genre. If you like this album definitely check out St. Vincent’s earlier albums such as “Actor” or “Strange Mercy”.

For more information about tickets for “Fear The Future Tour” and to buy “Masseduction” go to ilovestvincent.com.