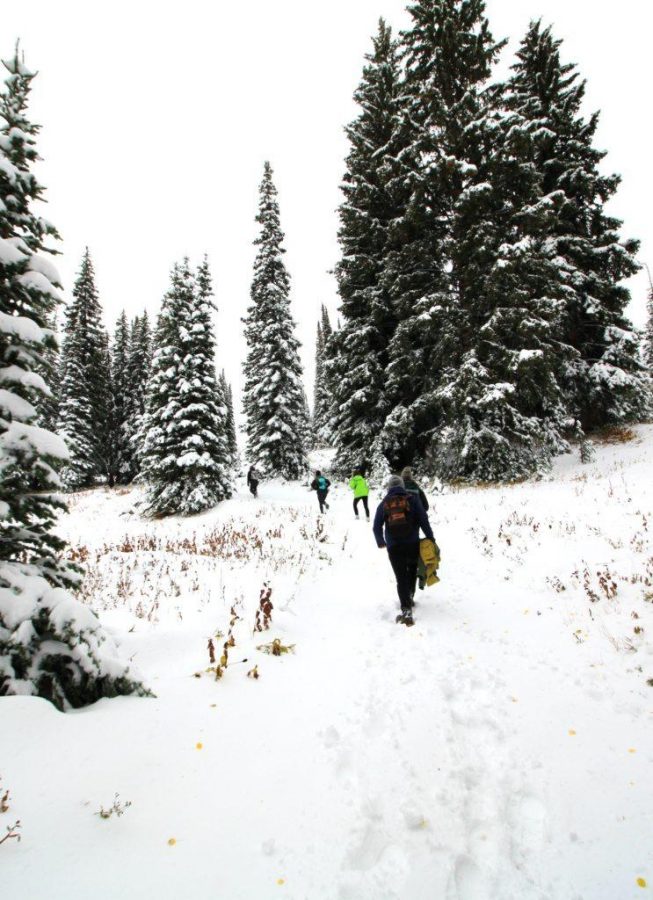 At the dawn of a new semester, it’s common for students to feel optimistic and ready for the work that lies ahead. As time goes on, however, students frequently feel burnt out as tasks begin to pile up. To address the issue, professors in the Psychology and Parks, Recreation and Tourism Departments at the University of Utah have been urging students to prevent exhaustion by practicing the Attention Restoration Theory.

The Attention Restoration Theory (ART) was developed in the 1980s by Rachel and Stephen Kaplan. It asserts that people tend to concentrate better after spending time outdoors or looking at nature scenes. Natural environments are filled with soft fascinations, such as leaves blowing or clouds moving across the sky, which are interesting to the mind and capture attention in a way that requires little or no mental effort.

“Attention Restoration Theory is about something called directed attentional fatigue,” said Edward Ruddell, a parks, recreation and tourism professor at the U whose focus is ART. “This happens when you are studying for a long period of time and your mind is starting to wander and you can’t bring it back, and it gets harder and harder to concentrate. … Basically, your attentional faculties are wearing out. We like to think of attention as a limited cognitive resource, and when we use it up we need some way to recover from the sense of fatigue that we feel. Sleep is generally not enough to refresh the brain, especially since our brains are still turning while we are in our sleep cycle.”

According to Ruddell, people appear to have two types of attention. The first is directed attention, which tends to be used while people are studying or engaging in a task that requires a high level of focus. It acts as an inhibitor to block out outside influences. It is depleted when people try to focus on things they aren’t intrinsically interested in, like studying. For example, if someone nearby is talking while a student is studying, that student expends extra amounts of their attention reserves to block out the person’s voice. At the end of the day, directed attention wears out and people experience a sense of tiredness, mind wandering and inability to concentrate.

“Trying to push through the attention fatigue is actually a very, very poor study strategy, as the quality of your work simply declines,” Ruddell said. “What helps refresh directed attention is something called involuntary attention. Involuntary attention happens when things around you are inherently interesting. They grab your attention and hold it without the need to exert mental effort.”

Contrary to popular belief, screen time, like watching television, involves directed attention. Therefore, it does not have a restorative effect. Researchers have found that nature seems to be particularly well-endowed with the ability to capture attention with a soft focus, utilizing involuntary attention. Studies have demonstrated that time in nature is the best solution to directed attention fatigue.

ART argues humans tend to be intrinsically fascinated by nature, and the simple, beautiful sights in natural spaces can initiate remarkable cognitive recovery. Additionally, the more biodiversity a subject is surrounded by, the more attention restoration they experience. Essentially, the more nature, the better.

As the new semester looms, Ruddell suggested students take a few moments out of their day to get outside and experience natural spaces.