Setting Goals in the Midst of Trials 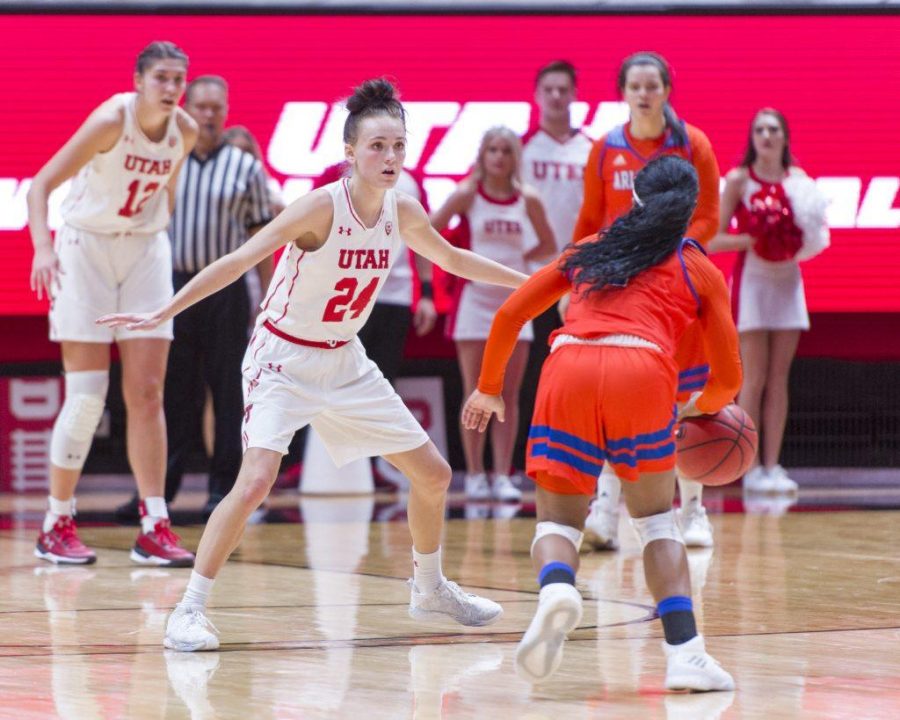 Ringing in the new year invites people to self-evaluate and reflect on what they accomplished the past year. For senior guard Tilar Clark of the University of Utah women’s basketball team, the beginning of a new year is when she revisits the goals she set for the season. Although the team is in the middle of its season, as the new year rolls around, she is determined to check off what’s on her list of goals as she finishes her second and final year as a Ute.

“‘I like to base my goals off the previous year and what I have already accomplished,” Clark said.

This season, her biggest goal is to be recognized in the Pac-12 as one of the best defenders in the league. Additionally, she wants to help Utah make it to the NCAA Tournament in the spring.

Clark’s father, Jon Clark, has witnessed firsthand his daughter’s ability to set goals and accomplish them no matter what obstacles arise.

“She has chronic pancreatitis, and so she has spent a lot of time in the hospital in the last year,” Jon said. “It has been very tough for her to deal with, but she is pushing very hard to overcome it and push through.”

Because of the chronic pancreatitis, Tilar has to make sure she is staying hydrated and that she’s keeping a close eye on her diet since there have been times when she had to check herself into the hospital. This has forced her to work twice as hard in school and at practice to keep herself on track. She knows the importance of keeping herself healthy so she can keep playing basketball and move forward in school.

“Tilar is good at accomplishing her  goals, and she is learning how to multitask,” Jon said. “Right now she is focused on basketball and being the best player that she can be. She always is focused on what is going on at the moment and what is in front of her at the moment. Eventually, she will have to move on to thinking about her future and where she will work.”

Tilar wants success not only for herself, but for her entire team. She aspires to be a strong and confident team leader who her teammates know they can depend on.

Goals don’t get accomplished immediately, but Tilar knows there are always small goals that can be achieved during practice and games to help the team along the way.

“If we accomplish our smaller key goals, it is a good step in the direction of winning the game, which is the biggest goal,” Tilar said. “We use the metaphor of chopping wood to get through the little goals so that by the end of the season, we can reach our larger goals as a team.”