The Leonardo’s Art After Dark Presents “Amplify Her” 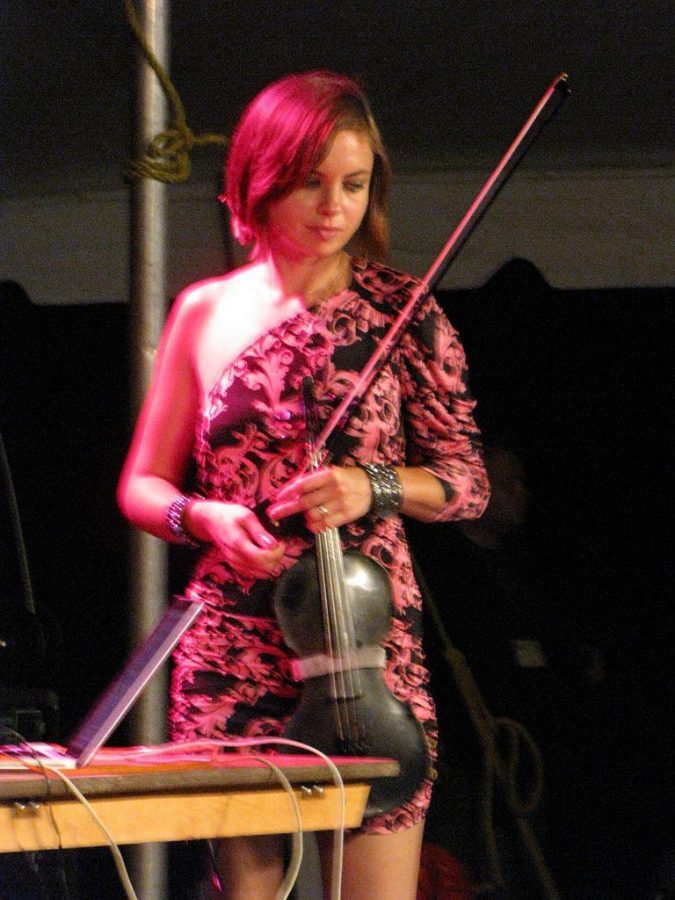 Kytami (featured artist in the documentary "Amplify Her") plays at Summerfolk.

“Amplify Her,” an event focusing on female artists, was featured at The Leonardo’s series Art After Dark on Jan. 19. This event showcased a documentary film on female artists of electronic dance music (EDM) with accompanying performances by two female DJ’s, Salt Lake’s Myriad Dance Company and select local female artists. Doors opened at 7:30 P.M. to reveal a museum filled with the latest exhibits such as the history of aviation, scientific inventions and the achievements of women through history. Local female artists were already situated and working on their beautiful paintings and other creations as crowds trickled in and shook off the cold. At 8 P.M. everyone traveled to the third-floor auditorium to watch the documentary film of the same name: “Amplify Her.”

The auditorium was about half full when the film began. After a few technical hiccups, it introduced the audience to a selection of talented and unique female musicians of the EDM scene. The documentary was a multimedia clash of art forms and styles, synthesizing video game-esque and graphic novel animation with interviews while conveying that the creators were unfamiliar with film-making techniques. The documentary reflected the art forms of the modern age that have emerged from advances in computer technology: electronic music and virtual reality gaming. The synthesis of multiple arts into one documentary felt like diving head first into a synthetic world that could be compelling one moment and abrasively strange the next. Adding to the many art forms, the graphic novel “Amplify Her” was available for purchase at the event, making it a real-life part of the art forms in the film.

The talented women featured in the documentary fit into a specific niche within our modern society: the group that seeks to reconnect people with each other and with the world through electronic music. There is a primal human instinct that drives a person to create art, and that force is the unnameable essence that others resonate with. These unique artists have their own way of connecting to that force through electronic music. Although the film touched on feminism and the unique obstacles that the women had to overcome, it did not seek to persuade audiences that hold differing views of gender. To put it bluntly, the documentary did not apologize for its content or its message that regardless of gender, all that matters is the music and the artists’ connections with their audience. Each artist intimated that women should be able to feel comfortable, be themselves, and embrace their bodies, sexuality and creativity un-apologetically.

I am not familiar with EDM music, but being a multimedia artist myself, I recognized what these women were trying to say. To be a woman in any field is difficult. Often the only part that people care about is your body, not your art. I believe that most female artists desire to be respected and revered for the quality of their work.

Although electronic dance music is completely different from every kind of music created by humans in the past, it could be the next step in an evolutionary change in music as technology continues to advance. With this possibility in mind, I think everyone should give EDM a chance, if they have not already. I would recommend anyone who is familiar with EDM to watch “Amplify Her” or even buy the graphic novel of the same name. It is for people who seek a specific type of adventure — one that may lead to the world-renowned EDM festival in Las Vegas, Burning Man or similar events.

See the trailer for “Amplify Her” here.