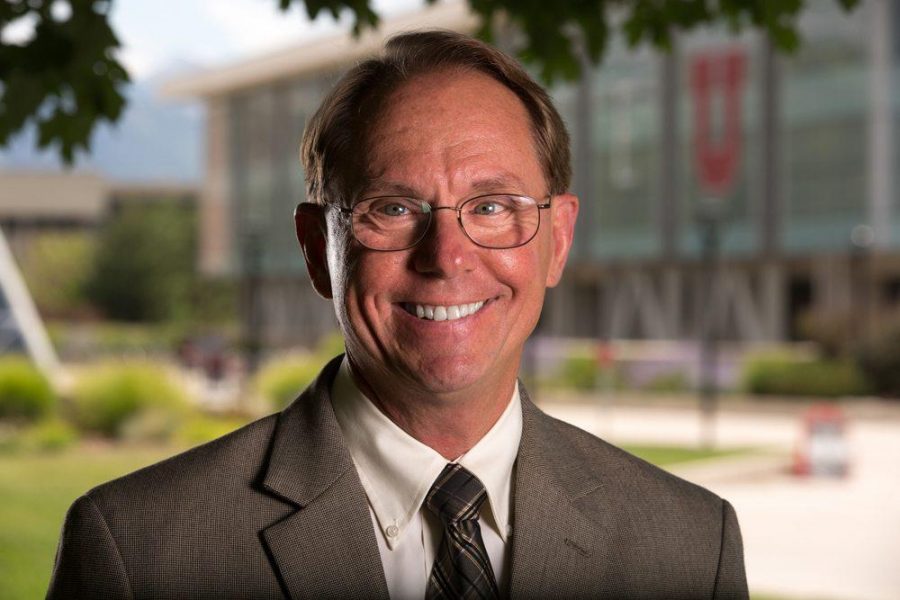 Former College of Social Work Dean Hank Liese was made the namesake of a new scholarship for students of the college.

A new scholarship has been established at the University of Utah in honor of Hank Liese, a former Dean of the College of Social Work. The scholarship is funded by an endowment from Colin Brown — Liese’s lifelong friend.

Liese was a member of the U’s faculty for 24 years. He served as an associate professor, the associate dean for academic affairs in the College of Social Work, and later, the dean for the college.

When Liese announced his retirement last year, Brown decided he wanted to do something “big” to honor his friend and recognize the impact Liese had on students as dean of the College of Social Work.

Brown is the chairman and CEO of JM Family Enterprises in Florida. He knew how much the university meant to Liese, so Brown chose to honor him in the form of a scholarship that would benefit future social work students.

Brown created the six-figure Colin W. Brown Endowment to support the new “Hank Liese Scholarship” at the U. The scholarship will support students pursuing a bachelor’s degree in social Work, a master’s in social work or a doctorate. Students on a non-traditional educational path will receive special consideration.

In addition to Brown’s endowment, Liese also designated a “planned gift” in his estate, which will eventually be added to the scholarship fund.

“I am thrilled to be able to recognize and acknowledge Hank’s and my friendship through this endowment,” Brown said. “Hank is my oldest and dearest friend.”

Brown and Hank Liese met in Manila, Philippines, in 1959, where both of their families moved for work. They became friends in the fifth grade and later attended Culver Military Academy together.

Though the pair eventually located to different parts of the United States to pursue separate careers, both Brown and Liese said they have always stayed connected.

“Our histories are intertwined given the experiences we have shared over the past half-century plus — from grade school in Manila, to high school at Culver and now to more frequent visiting since we are both in retirement mode,” Brown said regarding his relationship with Liese.

Liese spent the first part of his career in marketing and public relations, but after 12 years he decided he wanted to pursue another path.

“It wasn’t what I felt I should be doing, as far as helping people and giving back,” Liese said.

He had always been interested in psychology, so he decided to explore a career in social work.

He obtained a master’s degree in social work from the University of California, Berkeley, in 1985. Soon after, he completed a doctoral program in social welfare. When Liese came to the U in 1996, he said he knew he had found his “forever home.” Liese remained in Utah for the rest of his career.

“It’s hard for me to describe what it means to me, because I’ve retired now and I can move on.” Liese said. “But with this scholarship I can stay connected to the College of Social Work and to the University of Utah in a way that might not have happened otherwise.”

Liese also expressed his excitement for the opportunity to return to the U every fall and attend the banquet held for scholarship recipients.

“Now I can go to the scholarship dinner, which I used to do as dean, and sit with the students as a donor,” Liese said.