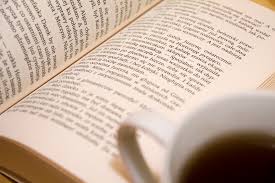 It's an open book

Murder and intrigue are the basis of many good mystery novels. As an avid mystery and thriller reader, I’ve come across my fair share of violence, grit, gore and detectives torn between the job and their unraveling personal lives. Branching into cozy mysteries was the equivalent of reading a really saucy Harlequin romance novel — they didn’t seem like real mysteries. Jenn McKinlay’s “Cloche and Dagger” proved me wrong.

The first in the Hat Shop Mysteries series, “Cloche and Dagger” is about Scarlett Parker — a redhead with a penchant for trouble and a love for puns, but no talent in hat-making. After a nasty breakup, complete with a viral YouTube video, she flees to England to help her cousin Vivian Tremont with her hat shop, Mim’s Whims. Scarlett comes face-to-face with the first of many problems the minute she sets foot in England. After meeting Vivian’s business manager at the airport, Scarlett fears her cousin has gone missing, but no one seems very concerned until one of Vivian’s rich clients is found dead wearing nothing but the hat Vivian made for her.

Full of quick-witted puns, quirky characters and a comprehensive plot, this cozy mystery gave everything expected of more traditional mysteries and more. McKinlay follows several common tropes in the genre, but her careful characterization makes them less glaring and depressing. From the opening sentence — “‘Scarlett Elizabeth Parker, put down the MoonPie and listen to me” — it’s obvious that this isn’t going to be your average mystery novel.

Every character has their own quirks, but they all work so well together. Sometimes in mysteries, it can be hard to like the main character because the author tries to make them seem more human. While Scarlett does fulfill the trope of the protagonist facing personal problems while investigating crimes, McKinlay flipped many of the common aspects and made the idea seem entirely new. Her main character isn’t a member of the police force, nor does she hold any position that would make sense for her to be involved in multiple crime scenes or interview suspects. Scarlett is simply a hatter who isn’t good at making hats. McKinlay creates a variety of interesting and creative ways to get around the obstacles that arise from the fact that her characters don’t have easy access to the information needed to solve the murder. Her characters are the everyday people.

Though her characters are more common than those of other mysteries, they’re still clever. As issues for the business arise with complications from the murder investigation, Scarlett figures out a way to get information on the victim and potential suspects while still saving the hat shop.

“And I can only guess that you’re doing this because if word gets out that these ladies are still coming here despite the fact that one of you is a nutter and one is a killer, then you think the business will be saved,” McKinlay wrote to sum up Scarlett’s plan to save the hat shop and get more information on the victim and potential suspects.

The best part of this series, though, is that while the murder is still described and there’s still some gore, the book isn’t dark. Scarlett and her friends don’t have a jaded or cynical worldview. For those of you who like mysteries, but want to read something more light-hearted than a plain mystery, pick up “Cloche and Dagger” from the library or bookstore.