Tanner: Don’t Dwell On What You Deserve 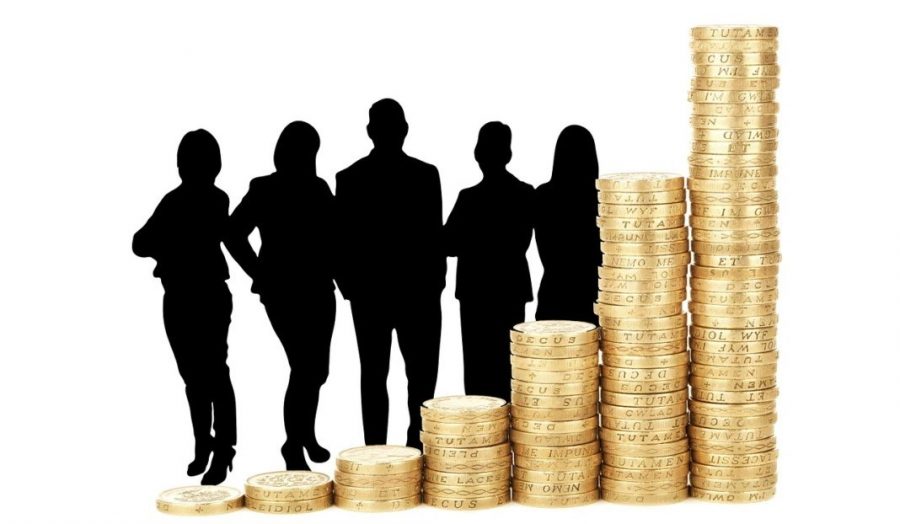 I was involved in a rather juvenile dispute with a stranger on social media my sophomore year of college. I remember sitting with my feet pressed to the side of my desk and my chair tilted back against my dorm bed. I ignored my roommate as she tried to get my attention and I instead feverishly tapped at my phone’s keypad. As common as my actions may be among people my age, I still feel embarrassed to admit I let my emotions drive an unnecessarily heated online conversation. In reflecting on the position I defended, my embarrassment swells.

I don’t remember what initially drew me into the conversation thread or even the post that provided the platform for the thousands of attached comments, but I do remember this: I argued people generally get what they deserve. I’m sure there are plenty of people, young and old, who would stand by that position without reservation. After all, it’s nice to think that rewards and happiness, as well as justice and karma, perfectly follow everyone’s paths of action. Looking back though, I was wrong and misguided in my language and understanding.

In remembering the argument, I think both parties had right intentions, but neither of us knew how to truly convey ideas in ways that would be interpreted as we meant. The woman I fought with had initially posted a comment in response to someone else’s about how she believed public schoolteachers deserved more money and doctors deserved less. As a young economics major with a physician for a mother, her comment rubbed me the wrong way. After all, the doctor I know buried herself in debt through medical school and two residencies and continues to work long hours and nights in her efforts to help others. The stranger’s resentment seemed misplaced, so I told her that. In the midst of my blurred-eyed rage, my words may have come across as though I thought teachers didn’t deserve high-paying salaries to, say, support their families — surely a harsher message than I intended.

What I wish I said is that maybe nobody gets what they “deserve,” rich or poor. Take the following example: One public school English teacher might stay after hours to tutor her students for no extra pay, arguably working harder than some other non-teaching professionals at half the salary while a chemistry teacher down the hall lets her students leave early and features “Bill Nye the Science Guy” every other class period. However, because options like merit pay programs aren’t commonly implemented in the public sector, that English teacher’s efforts likely won’t change her financial outcome, nor will Bill Nye affect the other’s.

Meanwhile, expanding the scope, we can find people like professional wrestlers and entertainers squeezing into the ranks of society’s 1 percent, often accused of basing their careers on things like luck, inherent talent and good looks they didn’t work for.

As noted above, doctors, as well as lawyers and those in managerial and executive positions, tend to face ridicule when they earn high-paying salaries. Though it’s more difficult to accuse these professionals of getting by on striking looks, charisma or an effective gym circuit, it seems many in society still feel resentful toward the incomes these professions often provide.

It’s not a mystery that many people seem to hate the rich. They’re often associated with characteristics like greed, thievery, cheating and recklessness — traits many believe belittle and threaten the happiness of others. Often those at the top are blamed for wide-spread negative outcomes, including economic failures, fewer opportunities and perceived dangerous social trends. I suppose some wealthy people are easy targets in the public spotlight, and certain “money-making” careers enter the forefront of societal blame quicker than others thanks to the trending popularity of legal and medical television shows — Dr. House just has so much power and influence. But the anger many feel toward others’ success may be grounded in erroneous feelings fueled more by jealousy and personal regret than legitimate questions of equity.

In an article by Bradley T. Klontz, co-founder of the Financial Psychology Institute, for The Journal of Financial Planning titled Why We Hate Rich People, he recounts an interview he was asked to do for an article on the nation’s accumulated anger against the rich and whether it has been potentially harmful to people’s health. Klontz describes the national climate at the time of the interview as one with rich people pegged as “sociopaths who rigged the system and were responsible for the economic collapse [of 2008].” He goes on to include “classic stereotypes about the wealthy … including assertions that rich people are evil and lack character, don’t want to pay their fair share of taxes, are old money and don’t deserve their wealth …” Klontz did further research after the interview and found “individuals who endorse anti-wealth beliefs, such as ‘rich people are greedy’ or ‘money corrupts,’ are also significantly more likely to hold money worship scripts, such as ‘you can never have enough money’ and ‘more money will make you happier.’”

It seems to me if people want to care about money in a healthy and reasonable way — and most people do care about money — many may need to become more accepting of their abilities and realistic about their goals, leaving behind the harsh salary comparisons. It’s no secret that schoolteachers don’t generally make a six-figure salary, and it’s not under wraps that lawyers and corporate executives often fit into the ranks of the 1 percent. What’s important to remember is that it is rarely the case that someone is unable to shoot for careers that often come with a higher expected salary if they really want it. Reaching those levels takes hard work and sacrifice that, at the end of the day, few are really willing to contribute.

Everyone makes decisions that determine their paths, and personal responsibility for those decisions demands acknowledgment. That doctor you may resent so much probably got straight A’s starting in elementary school. And contrary to what you might want to admit, she had to earn them through intense and realistic goal-setting that required hard word afterward. Someone who decides midway through college they want to go to medical school probably isn’t going to make it, and that fault does not rest on the shoulders of those who have had practical and effective plans from early ages. Maybe esteemed professionals don’t really “deserve” the salaries that build their luxury homes or dig their pools, but every career comes with a clear line of payments and opportunities you can expect. It’s up to you to decide what you want, and it’s up to you to determine what you’re willing to do and sacrifice to get it.