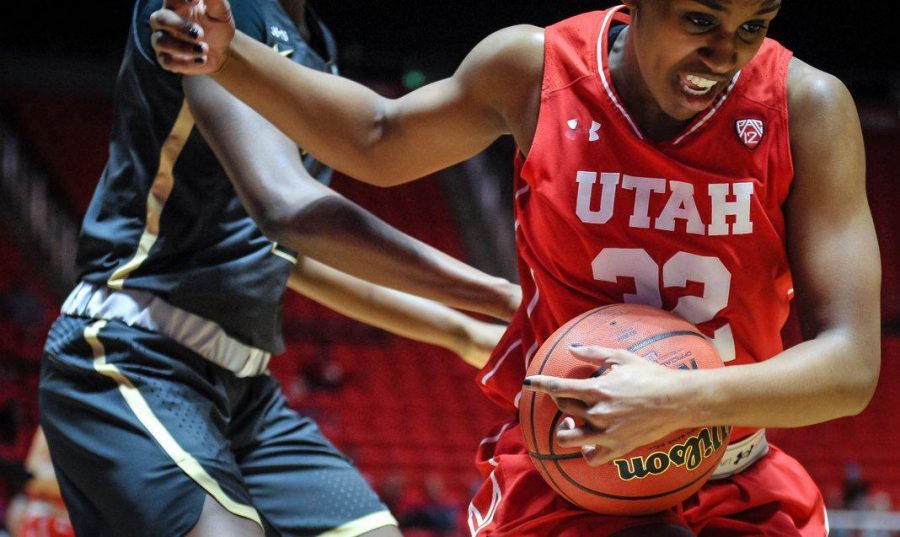 For most of the game on Thursday night between the University of Utah women’s basketball team and Colorado, Utah led. However, after falling behind late in the third quarter, the Utes were unable to get back on top. They fell to the Buffaloes at the Huntsman Center, 69-65.

Utah started the contest with Emily Potter scoring two quick layups and a free throw. That was followed by a pair of free throws from Daneesha Provo, giving the team its early advantage.

The Utes held Colorado scoreless until the 4:20 mark in the first quarter. Aubrey Knight put Colorado on the board with a free throw to get the Buffaloes moving. Two 3-pointers by Kennedy Leonard then found their way through the hoop. The Utes, who had gone on a 16-0 run, allowed Colorado to cut its deficit to six points at the end of the first quarter. Utah continued to push through the second quarter, but the score remained close.

“We got away from our game plan in the second half,” said head coach Lynne Roberts. “You have to give Colorado credit because we came out and jumped on them early, but they fought back and I have a lot of respect for that. They showed a lot of fight, and we didn’t take great shots in the second half. We have to be able to execute a game plan if we want to reach our goals.”

Coming out of halftime, Utah led by a score of 33-27. The Utes started off their scoring with a steal by Potter that resulted in a shot by Williams from deep, followed by a Provo layup.

A foul committed by Megan Jacobs sent Colorado to the free throw line where it took advantage of the opportunity placed before it. The Buffaloes tied the game at 44 apiece with under three minutes to play before the fourth quarter. From there, the Buffaloes continued to add on points with the help of Leonard and Brecca Thomas.

“I think that they just fought harder than we did,” Huff said. “When it mattered, they executed.”

With 54 seconds to play, Huff scored on a layup, leaving Utah trailing by one point. Colorado answered with a layup of their own on the other end of the court. Clark pulled Utah again within one point with 15 seconds on the clock. Both teams shot a pair of free throws, but Colorado went on to shoot three more free throws to solidify its victory.