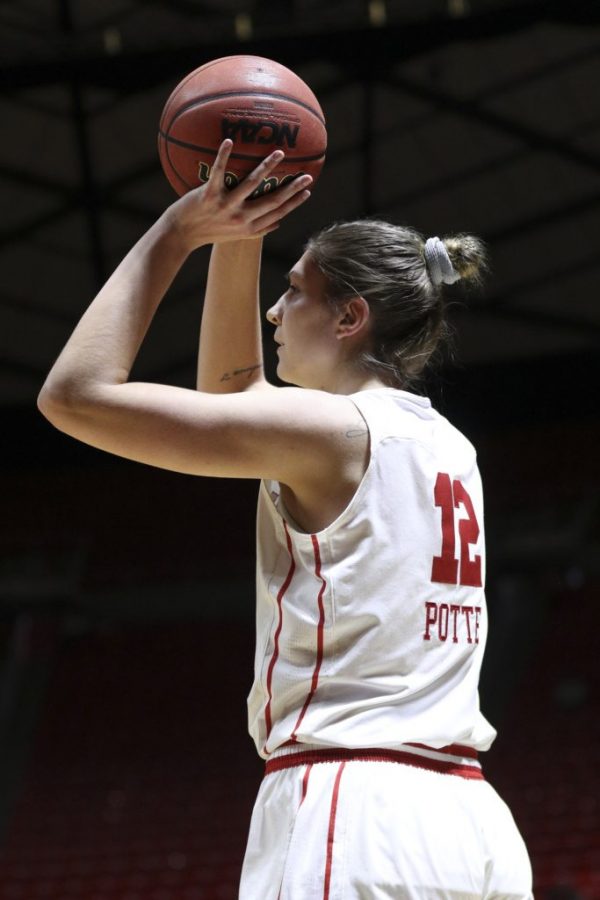 Most people know what privilege is — according to Merriam-Webster dictionary, privilege is a special right, advantage or immunity granted or available only to a particular person or group of people — however, fewer people know what white privilege is. Some people believe because it has the word “white” in it, it is offensive, but the opposite is true. White privilege is not a personal attack on the hard work people have put in to achieve success; rather, it means the majority of people in the United States are exempt from certain challenges because of their skin color.

White privilege gives me an advantage in the job field, with the police and even in sports. When I walk into the training room every day before basketball practice, I have the luxury of grabbing a band-aid or KT tape that perfectly match my skin tone. When the basketball team travels, every hotel has shampoo stocked for my hair type and texture, in case I forgot my own.

When I was growing up, I didn’t have other kids telling me, “Oh, you’re good at basketball because you’re black,” like many of my teammates did, including my friend and senior captain Tanaeya BoClair.

“Am I athletic? Sure, that adds to it, but there’s also so many other components,” BoClair said.

Those ignorant comments disregard all the hard work athletes put in day in and day out to work on their craft and earn a scholarship. Earning that elusive scholarship doesn’t just mean athletic ability, either. It means academic ability, too. One of my teammates was told she probably didn’t have good grades because she was black and an athlete, and that wasn’t the case.

My teammates and I may have grown up in different ways and areas, but we all ended up together at the University of Utah. We are all fortunate to have loving family members and to be highly educated. We all worked tirelessly to earn a free education and play basketball at the Division I level. It’s disheartening when even all these factors are not enough to end judgment against my black teammates because of their race.

Sophomore guard Kiana Moore once had pennies and dimes thrown at her and her team during an away game against a team of all white girls in high school.

“That was my first big experience of racism, and it was a challenge,” Moore said. “I can’t imagine what that does to a person, and it’s so infuriating that athletes just trying to do what they love can be subjected to such unacceptable experiences like that.”

I hear my teammates talk about how they feel they need to act a certain way to fit in Utah, whereas I never worry about such a thing.

“I feel like I have to change who I am to fit into the schema of what they want or what they are looking for,” BoClair said.

I will almost certainly never face these same challenges because my skin is white. What I can do, though, is help create conversation. Having conversations can be tough if people fail to open their minds, but if you have a desire to spark change, it’s important to try. Lately, anytime I open social media I see headlines pertaining to race. More and more people are speaking out and starting these conversations, including athletes.

Unfortunately, I also see the media and some fans responding that athletes need to “stick to sports,” but I am glad many athletes are not listening. Junior point guard Erika Bean said being an athlete is just a profession, and that shouldn’t stop anyone from speaking about something they believe in.

“Athletes are more than just athletes, they have family members who go through many of the current issues,” Bean said. “I don’t think they should be silenced just because they are athletes.”

People around the world love watching sports and seeing athletes accomplish difficult feats, but it is easy to be a spectator from a couch and fail to recognize athletes as real people. Fans should not watch if they can’t respect the athletes who are playing.

BoClair articulated how ludicrous it is to only love an athlete when their mouths are shut.

“It’s kind of funny that so many people enjoy watching African-Americans play sports and use our athleticism and use that platform, but as soon as something comes up, like an issue that’s going on across America, and they use that platform in a different instance, it becomes a problem,” BoClair said. “I don’t think that’s fair.”

Athletes can and should continue to speak about every and any issue we deem is worthwhile.