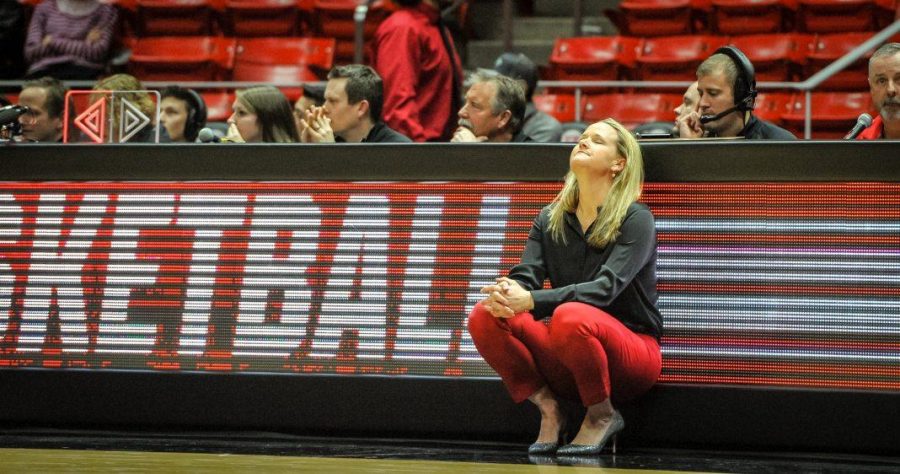 Sunday presented a chance for the University of Utah women’s basketball team to get back on track on the road against the California Golden Bears. The Utes showed different levels of intensity at certain points throughout the game, but they came out on the wrong end of the contest, losing 84-73.

The Utes offense had far more success on Sunday than they had during their previous game against Stanford. The duo of Megan Huff and Tori Williams combined for 40 points. Huff, in particular, was clicking on all cylinders. She finished the day with a career-high 27 points on 12-of-21 shooting from the field.

Head coach Lynne Roberts wanted her team to play aggressively. The Utes defense was able to come up with four steals and three totals blocks during the night. But Utah struggled at times to take care of the ball. The team had 14 turnovers, and the starting lineup alone gave the ball away 11 times.

“It is frustrating,” Roberts said in a Utah athletics press release. “We came out and Cal was the aggressor. That’s not what we talked about, and that’s not what makes us good. We have to be better than that if we want to contend for the NCAA tournament. That part is frustrating, but I was proud of our effort in the second half. But again, we were aggressive. We know that about ourselves.”

A bright spot for the Utes was Erika Bean who made plays and finished with 11 assists. Although she only finished with four points, her ability to find players was a key reason as to why Cal was unable to completely run away with the game.

The Utes made things interesting on several occasions with runs that gave them some life. Coming out of halftime, it was the Utes ability to score from the paint that pulled them back within a reasonable deficit to overcome. Tori Williams also came up clutch as she converted 11 points during a fourth-quarter run.

Utah’s defense has struggled as of late when it comes to keeping the opposing team’s players from taking over the game. Sunday was no exception as Utah allowed two Golden Bears to each put up 22 points in Asha Thomas and Kristine Anigwe. While Mikayla Cowling finished behind them with 12 points for Cal, her eights assists were key in allowing Thomas and Anigwe to break out and succeed.

Not only was Utah outrebounded, 34-27, but Cal’s bench produced 17 points compared to Utah’s 11 bench points. Only Tanaeya BoClair and Tilar Clark came off the bench and scored.

“We are really good when we play aggressive, but pretty average when we don’t,” Roberts said in a Utah athletics press release. “This was an opportunity game for us, but we have to regroup and move on. We have two home games next week and they are critical.”

The Utes will return to the Huntsman Center to face Washington State and Washington. The game against the Cougars gets underway on Friday, Feb. 16, at 7 p.m.