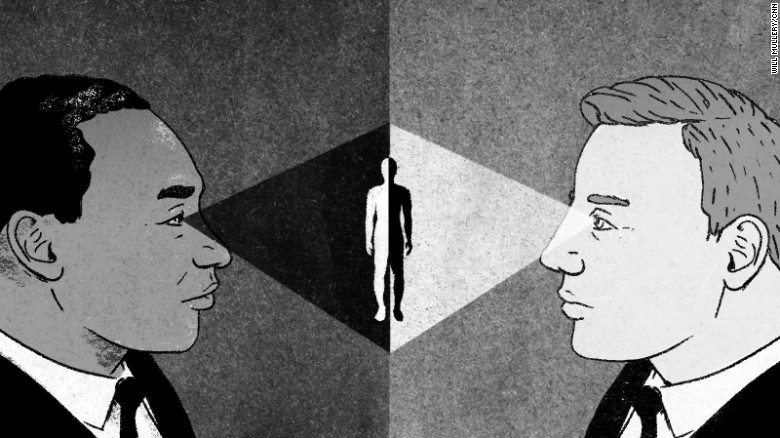 “It is not possible to be racist against a white person in the United States,” read an article recently published by my colleague, Shaelyn Barber. Strap in, folks, it is time to address the myth of reverse racism.

The article begins by referring to white individuals as Caucasians, which is semantically misguided. The term refers to the native population in the Caucasus. Interchanging the two terms is an immediate indication the discussion regarding race is muddled with confusion. Now, one may acknowledge race is more closely related to societal constructs rather than biological factors, but that discussion ought to be saved for later. Of greater importance is using the correct terms to describe a topic, especially when semantics are highly valued throughout the article of interest.

The Oxford Dictionary defines racism as “A person who shows or feels discrimination or prejudice against people of other races or who believes that a particular race is superior to another.” Furthermore, the Merriam-Webster Dictionary states that “[Racism is] a belief that race is the primary determinant of human traits and capacities and that racial differences produce an inherent superiority of a particular race.” The question becomes, as Barber’s article claims, whether racism must include systematic oppression.

On the basis of two widely recognized dictionaries, there is no explicit mention of government discrimination; indeed, if the definitions provided are preferred, then her argument falls apart in the introduction.

Of course, Barber and I would fully agree reverse racism does not exist, although I fear the agreement would be founded on a misunderstanding. Whereas she believes discrimination against whites is comparable to Narnia and the Loch Ness Monster, there is evidence which shows current and previous racism against whites. Referring to my previous distinction between whites and Caucasians, the history of race is murky. Take a class which focuses on the concept of racial classifications and this will immediately become clear.

The U.S. has certainly been guilty of subjugating people of color to slavery and harsh discrimination — that is undeniable. Barber notes the Trail of Tears, Japanese internment camps and the mysterious “discrimination [that] was built into our government from its conception and [that] is still very much alive and well.” One imagines as she wrote the article, information about racism directed towards Italian, Irish or Jewish immigrants in the U.S. was either missed or intentionally omitted.

The difficulty of discussing race revolves around the misconceptions that most hold regarding these classifications. Italians, Irish, Jewish and Japanese citizens all share similarly white skin, yet each has been oppressed. Therefore, those who resonate with Barber’s message lack a formal command of the history and terminology required to properly discuss the issue.

The term “white” is not biological, aside from phenotypical indicators such as skin color; rather, it is a descriptor that tracks with the societal privileges of certain groups. Anglo-Saxon descendants are commonly white, but the variability of skin color regardless of genetic ancestry makes lineage difficult to identify. Otherwise stated, whites may face discrimination due to variations in skin tone or even according to the standards of other nations. There are even people of color who inherit lighter skin yet suffer from crippling poverty or unemployment.

So how are we to address the societal privileges which some inevitably hold while others subsist on stifling aid? Should we continue to espouse that “you cannot be racist toward white people” and that white people have never experienced cruelty or poverty? I wonder what the implications might be if society exempted people of color from needing to claim personal responsibility for abhorrent behavior. As discussed above, history is rife with examples of racism toward whites.

Fabricate a veil of ignorance that prevents a select group of individuals from receiving racial protections and severe discrimination will return once again.

Unlike Barber’s extraordinarily narrow discussion, racism and prejudice can be used to stifle the rights of any individuals. Learning to accept others of different ancestries, genders, religious beliefs and socioeconomic backgrounds is the pathway forward. What will virtue signaling based on faulty definitions of racism entail? The plight of identity politics will continue to diffuse and force divisions between people occupying the same land.

Pause for a moment and reflect on the term “identity politics.” The commonly used phrase refers to political positions which are based on the social groups with which people identify. Should an individual not identify with a particular group, their opinion is discounted because they have not lived the shared experiences of the group. Otherwise stated, the value of ideas is lessened in comparison to meaningless discussions about which individuals can actually participate in a discussion.

Identity politics stifles discourse and leads further away from the “unification” that Barber is supposedly pursuing.

One ought to be curious about how racism can function if systematic oppression must be a part of the definition of racism. The average citizen is likely prejudiced, but few wield the individual power to keep these discriminatory systems. The notion itself is ridiculous, considering there are many minorities with white skin who reside in office. Addressing the issue of societal privileges is perhaps a worthy discussion; yet, stating white people cannot experience racism is an example of excluding a bloc of individuals from equal treatment and protection.

Marginalizing the validity of racial discrimination committed against whites is reprehensible, and if the Oxford and Merriam-Webster definitions are preferred, then the claim Barber makes is racist itself. White people can certainly be the victim of discrimination based on skin color, especially if that is a somatic marker used to identify members of a privileged position.

The claim that anyone is above or below another is wrong and should not be tolerated. Unfortunately, the argument posed by Barber is a direct example of why progress cannot be made.

Instead of stifling discussion through obtuse identity politics, Barber and others who speak so begrudgingly about whites should first reflect on the implications of the term. Then, read the actual definitions of racism rather than concocting unique versions that serve the purposes of an editorial. The foul treatment of others is absolutely intolerable, that much is undeniable. Suffering should not be reserved for a special group of individuals. Reverse racism may be a myth, but only because the phrase itself has been confused.