“Black Panther: The Album” is Another Testament to Kendrick Lamar’s Greatness 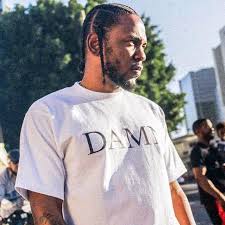 It’s not a coincidence that Kendrick Lamar is said to have changed the game every time he releases an album. CNN named him “one of the most electrifying and socially significant performers in entertainment.”

His latest release “Black Panther: The Album” has soared to the number one spot on the Billboard 200 Charts and sold 154,000 copies in its first week. This album is the official soundtrack for the blockbuster smash “Black Panther.” Kendrick Lamar curated the album after being chosen by the director Ryan Coogler because his “artistic themes align with those… explore[d] in the film.” Lamar was only supposed to work on a few songs but decided to create the entire album after watching the film. The album was released on Feb. 9 by Interscope Records.

The album features 22 artists including well-known artists such as Khalid, Travis Scott, Future and The Weeknd, as well as lesser-known artists like Zacari, Jorja Smith, Mozzy and South African rapper Yugen Blackrok, amongst others. There are 14 songs on the album but only a few appear in the film. Lamar pre-released “All the Stars” with SZA, “King’s Dead” with Future, James Blake, and Jay Rock and “Pray for Me” with The Weeknd.

The album opens with self-titled single “Black Panther.” It’s a short song from the perspective of T’Challa, the main character and alter ego of Black Panther. This song introduces his character and exemplifies his heroic nature. This first song also features the instrumentation and beat heard throughout the whole album.

Lamar uses this album to make several political statements that can be seen in songs like “Opps” and “Seasons.”

The fifth song “Opps” featuring Yugen Blakrok and Vince Staples has been interpreted to be directed towards law enforcement. In Vince Staples’ verse, he talks briefly about police brutality: “They don’t wanna see me gettin’ to the check, They just wanna see me swimming in the debt, Don’t drown on the ground, wait until you hear, 9-1-1, freeze (zoom, zoom) dead.”

The most overt social commentary can be seen in “Seasons,” featuring Mozzy, Sjava and Reason. This melodious track chronicles the struggles and inequalities coming from Africa. The song also features Zulu language which is used to describe how the fictional Wakanda from the movie was often generalized as a third-world country, but is actually a rich African nation. In the second verse, Mozzy details the people’s struggles: “Trapped in the system, trafficking drugs, modern-day slavery, African thugs, we go to war for this African blood, we go to war for this African blood.”

The album closes with “Pray for Me,” featuring the Weeknd. This song details the burdens of being a hero. The Weeknd wonders while he is saving everyone who will save him and pray for him, coming from the perspective of Black Panther. Kendrick Lamar voices criticism of the White House for their lack of relief after the natural disasters of 2017 as well as mass destruction and corruption in today’s society.

“Black Panther” has been said to be not just a film but a cultural movement. Lamar’s curation of this album only supports that. Kendrick Lamar and all the artists featured have created an album with something for everyone. There are catchy songs like “All the Stars” and “The Ways,” harder rap songs like “King’s Dead,” “Big Shot” and “Paramedic” as well as softer melodic songs such as “Redemption Interlude,” “Seasons” and “Redemption.” The album managed to create good songs with good beats and catchy tunes while fitting in social commentary relevant to both the film and today’s society.

Lamar and all those who worked on this album featured so many artists, both known and lesser-known — even artists from South Africa, adding to its authenticity and cultural importance. Kendrick Lamar has been known to display lots of social commentary in all his music, which is one of the reasons why he was chosen to work on this album. Kendrick Lamar continues to impress. I highly recommend this album.