Braden: LDS Growth Declines, But Not For Long 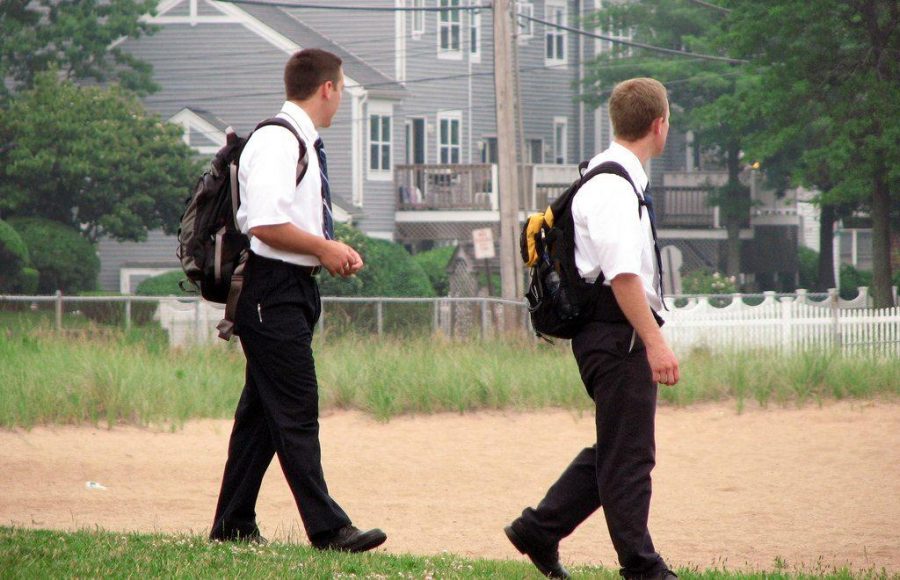 For people living in Utah, a familiarity with the “Mormons” or the Church of Jesus Christ of Latter Day Saints is an inevitability. Spires from Mormon meeting houses dot the streets in every direction. Their presence in local politics shape policies every Utahan, Mormon and non-Mormon alike encounter on daily basis. They make up a large portion of our teachers, policemen, politicians and friends. But what was once considered an outright majority has declined in Salt Lake County to just 50.07 percent as of 2017.

Essentially a Vatican in the desert for these self-identified refugees of religious persecution, Salt Lake City’s modern transition to harbor secular ideals might be responsible for this overwhelming majority shift, but policy changes with the religion itself might also be to blame. And what is even more shocking than this gradual loss of Mormon dominance in the valley is the unprecedented stalemate in growth the church is experiencing on an international level.

Reports that a historically high number of members were leaving the church began to circulate in 2016. Local news agencies like KSL could be seen interviewing church leaders on the steps of the LDS Conference Center eager to make sense of this transition. While their claims of total membership loss were not completely false, the “mass exodus” that some stations described is not backed by hard data, at least according to the church’s own numbers.

Many people familiar with the church know that there is a process required to exit that involves more than just not showing up any longer. Because of this, many members no longer affiliated with the faith fit into an intermediate classification which is not accounted for when official membership statistics are reported from church headquarters. But, while it is difficult to estimate how many Mormons are actually heading for the door, the church itself reports that 2017 did mark another unprecedented deficit; growth.

Currently at it lowest point since 1937, new LDS baptisms capped at 1.7 percent. For a religious sect that saturates so much of the globe with it’s over 70,000 missionaries, this decline in conversion rate has many faithful members concerned. But this is a problem that has plagued the LDS church at many points during its storied history.

Many might argue that an increased access to information critical or contradictory of Mormon theology is the main cause for the upset in growth. But while the age of the internet must certainly be given partial credit for hindering proselytizing success rates, it’s the speed at which Church policy reaches societal expectations of many social issues that should be given the brunt of responsibility. One such policy that might be preventing the previously enjoyed membership growth is the 2015 declaration that excludes children of same-sex households from being blessed as babies or baptized before the age of 18.

For a religion that claims to have a direct line with an unchanging, omnipotent being, they have a curious habit of altering or completely discarding certain revelations considered disparaging or even illegal by the society they function within. For example, the commandant of polygamy was lifted via a timely manifesto in 1890, paving the way for Utah statehood in 1896, and black Mormons were granted full privilege within church ordinances and blessings following a decision in 1978.

Regardless of inspiration and its historical effects on foresight, the eventual act of conforming to societal norms, even belatedly, has boosted membership numbers within the church. Africa, a continent that is currently witnessing the highest numbers of new LDS baptisms, would certainly not enjoy the same success rate today had it not been for the inclusion revelation of 1978. Perhaps given enough time of stagnant growth rates or societal outrage, same-sex couples will receive the same deserved legitimacy that black families were given ten long years after the Civil Rights Movement.