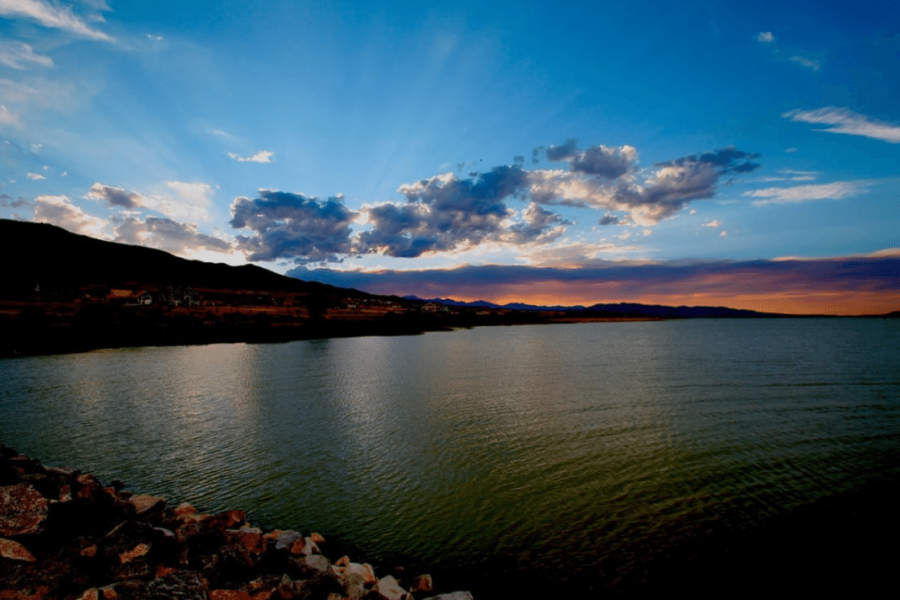 In 2060, I will be celebrating my sixty-second birthday. Maybe we will finally have the hoverboards promised in “Back to the Future,” and maybe the cliche “world peace” John Lennon sang almost a hundred years prior. If geology, the State of Utah and luck work in Todd Parker’s favor, I could be living on a man-made island in Utah Lake with 50,000 other Utahns.

Utah Lake is, in a word, disgusting, and it is our fault. Due to the sewage and wastewater discharged into it, this body of water is nutrient rich and prone to algae blooms. Over-fishing and the introduction of invasive species have only exacerbated the problem. In the summer of 2016, a massive bloom released cyanotoxins causing 500 Utahns to call poison control complaining of headaches, skin rashes and nausea after swimming in the lake. The State has worked with multiple partners and spent millions of dollars in an attempt to restore Utah Lake, but it has had limited success. Little did lawmakers know that Todd Parker, an IT consultant and Provo native, has been quietly drafting a plan to save Utah Lake for over a decade.

The Utah Lake Restoration Project, headed by Parker and his brother Benjamin, envision a pristine lake dotted with man-made islands where a thriving community could be built. Armed with a 239-page initial report on his proposal, Parker has frequented Capitol Hill pushing for H.B. 272, a Utah Lake amendment which authorizes the Division of Forestry, Fire and State Lands to exchange lakebed for comprehensive lake restoration. Parker follows his mantra, “big ideas are worth approaching,” as the proposal calls for extensive lake dredging, the creation of islands shaped like iconic arches in southern Utah, the removal of invasive species and the restoration of native plants and fish. This project, scheduled to be completed as early as 2060, is modestly estimated to cost $6.4 billion which Parker promises will be covered by private investors instead of Utah taxpayers.

Speaking to The Salt Lake Tribune, Ben Holcomb, an algae and lake specialist with the Utah Department of Environmental Quality, believes Parker’s plan is “a bit stretched for truth.” Despite impressive computer models and the current project report, The Utah Lake Restoration Project lacks the actual field research to assert this project will have a positive impact on the lake’s ecosystem, to promise the islands will be stable, or to claim the islands’ shape will act as a windshield for the lake. While the Utah Lake Restoration Project has hired Robert Scott, the lead design manager on a similar project in Abu Dhabi, as their lead design manager, it should be noted that his projects have been plagued by bankruptcy and NASA has evidence to believe his islands in the Persian Gulf are sinking back into the ocean.

When asked how average Utahns could help beautify Utah Lake, the lake’s commission suggested picking up trash and writing representatives. Utah’s Division of Wildlife Resources provided a more direct action plan for fishermen: catch and report invasive northern pike to the Utah Lake State Park Office. However, both of these solutions have an incredibly limited impact on the overall health of the lake. Todd and Benjamin Parker’s “silver bullet” plan may seem like our state’s best chance to restore Utah Lake, but the Utah Lake Restoration Project lacks the facts necessary for this sort of proposal. Instead of agreeing to trade lakebed for the Parker plan, the State of Utah should grant the Utah Lake Restoration Project the access necessary to conduct sediment and ecology research which could be compared with their theoretical findings. Only then can the State of Utah make an educated decision on behalf of her people and resources.