Why We Wear Green 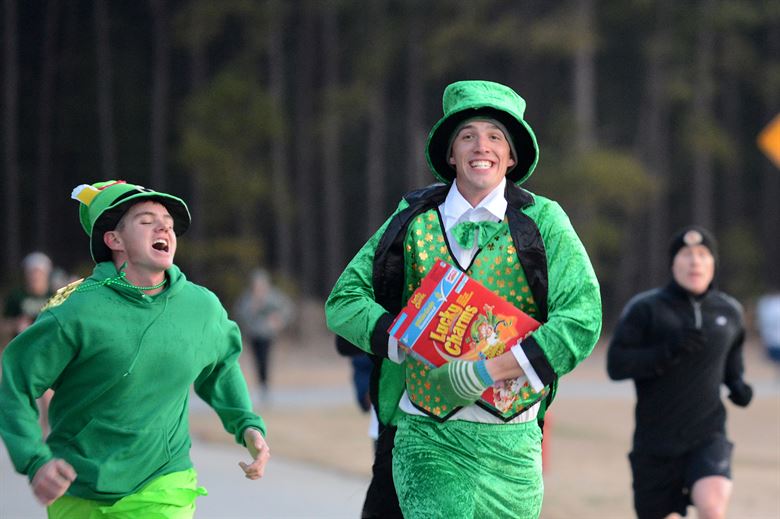 Every March 17, out comes the green clothes, jewelry and accessories. Restaurants sell green foods and beverages, especially alcoholic ones. Those who don’t wear green get pinched as punishment. Why do we wear green on St. Patrick’s Day? And where did this tradition come from?

University of Utah student Courtney Hakes said, “We wear green because it symbolizes good luck.” Another, Jaydee Lester, said, “Because most of Ireland is green.” And yet another student, Tyler Zengler, said, “Because there is green in the Irish flag.” One student, Bailey Cooney, even talked about the myth behind it all saying, “We wear green because it makes us invisible to leprechauns who would pinch us if we weren’t wearing green.”

For those who don’t know, Saint Patrick was a Catholic evangelist who was successful in converting much of Ireland, a mostly pagan nation. According to legend, Saint Patrick used a shamrock, a three-leaved plant, to represent the Holy Trinity in order to explain the concept to the Irish pagans. The number three was an important number in many of the pagan Irish beliefs. Several of them already worshipped triple deities, which may have been why Saint Patrick was so successful in converting them. Shamrocks are the national flower of Ireland so Irishmen traditionally wear them on their lapels on St. Patrick’s Day.

Ireland’s flag is made up of three colors: green, white and orange. The color green on the left of the flag has historically been used to represent Catholics in Ireland while the color orange, on the right, is a symbol for Irish Protestants. Most Protestants were followers of William of Orange, a Dutch Protestant prince, hence the color orange used as their symbol. In the middle of the flag, the color white is used as a token of peace that initially existed between these two religions, but modernly between any and all different kinds of people.

According to Time Magazine, the use of the color green was first seen in the Great Irish Rebellion of 1641 where Irish Catholics sought to overthrow the English Protestant crown. The rebellion was led by commander Owen Roe O’Neill who used a green flag to represent the Confederation of Kilkenny.

In the 1790s, the color green was again seen associated with Ireland when the Society of United Irishmen wore dark green and white to encourage their government to adopt secular, republican ideals similar to those taken up in America and France.

While wearing green is said to be good luck, the tradition of wearing green actually has little to do with luck or leprechauns. Wearing green is more about Irish nationalism than it is about not wanting to get pinched. The history of St. Patrick’s Day involves more than just the reason we wear green — there is a lot to learn about Ireland and its culture.