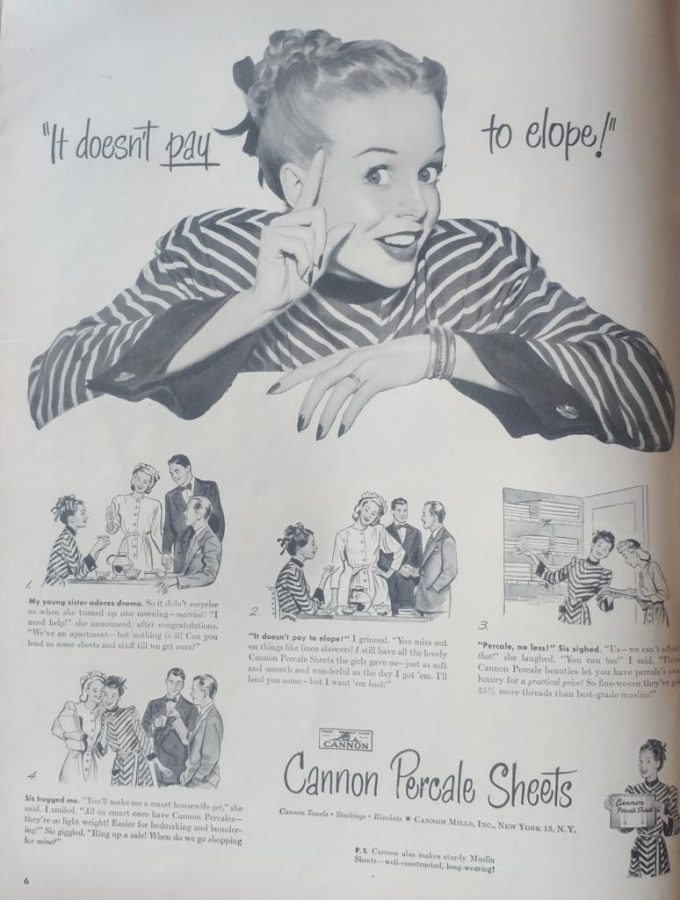 Among old belt-buckles, wooden furniture, yard appliances and music records, I found gold at a yard sale- a copy of Life Magazine from Sept. 15, 1947. It’s brimming with history, a time capsule of what life was like almost 71 years ago. So begins “Life in 1947,” a series discussing the fascinating differences between our world now and the world we left behind. This week, we will look into dating and relationships. 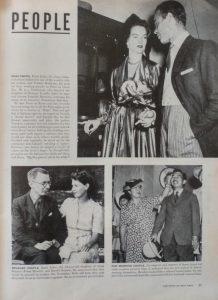 The engaged couple is Janet Attlee, the daughter of Britain’s prime minister, Clement Attlee, and her new fiance Harold Shipton. They sit together, looking at each other lovingly. The article announces a deviation from the norm — both of them will keep their jobs, he as an electronics engineer and she as an assistant psychologist.

The newlyweds are Doris Duke, vastly rich through her tobacco fortune, and Porfirio Rubirosa, a Dominican diplomat. Interestingly enough, the couple is interracial. Loving v. Virginia, the U.S. Supreme Court case which legalized interracial marriage, did not occur until 1967, 20 years later.

The old married couple is the emperor and empress of Japan, another interesting choice considering World War II had ended only two years prior. The article discusses “Americanizing” themselves, and characterizes Emperor Hirohito as a relaxed businessman and the empress as a dutiful housewife.

This advertisement for life insurance takes an interesting angle — “wife insurance.” In the advertisement, two men are talking. One of the men discusses his concern for his wife, Julie. If he were to die, according to him, she wouldn’t be able to take care of herself or the children without his steady income.

This frames the man as the sole provider and protector of the family. Sad to say, the article has a point. If the husband were not around, wage gaps and gendered work would make it difficult for a single mother to provide a comfortable home for herself and her family. 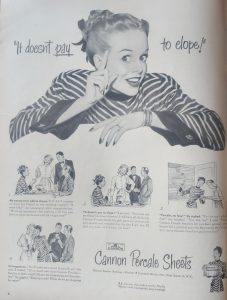 In this advertisement, a woman gently scolds her younger sister for eloping and missing out on perks of marriage such as linen showers. The younger sister asks to borrow some sheets until she and her new husband can afford them. The woman counsels her on the best sheets to buy, advising her to buy Cannon Percale Sheets. The younger sister responds by saying, “You’ll make me a smart housewife yet.”

This advertisement portrays eloping as foolish and shameful. There is a similar stigma surrounding the practice today, although I’ll venture to say that it has become more common.

Additionally, the advertisement places the woman firmly in the house.

These various advertisements and articles display marriage practices in 1947. First, it is strictly heterosexual — even after scouring the magazine, I was unable to find anything related to same-sex relationships. Second, it follows the trend of gendered work and places the woman firmly in the house and the man as the breadwinner and protector.

Once again, this magazine has opened my eyes. I am able to be an openly queer woman. I can choose whether I want to work or stay at home and take care of children. I will not be subservient to my spouse.

At the same time, it was interesting to me that marriage in our modern society still bears many similarities to marriage almost 71 years ago. While women do have the choice to marry as they please and function in a relationship as an equal, many still believe it is the man’s duty to be the breadwinner and protector in the relationship, and the woman’s task is to stay home as a housewife once children are born.

The lesson I took from this week’s reading is that we have improved in the way we see relationships in the modern day — but not nearly as much as I would like.