Patience: Don’t Wear a Symbol Without Knowing What it Means 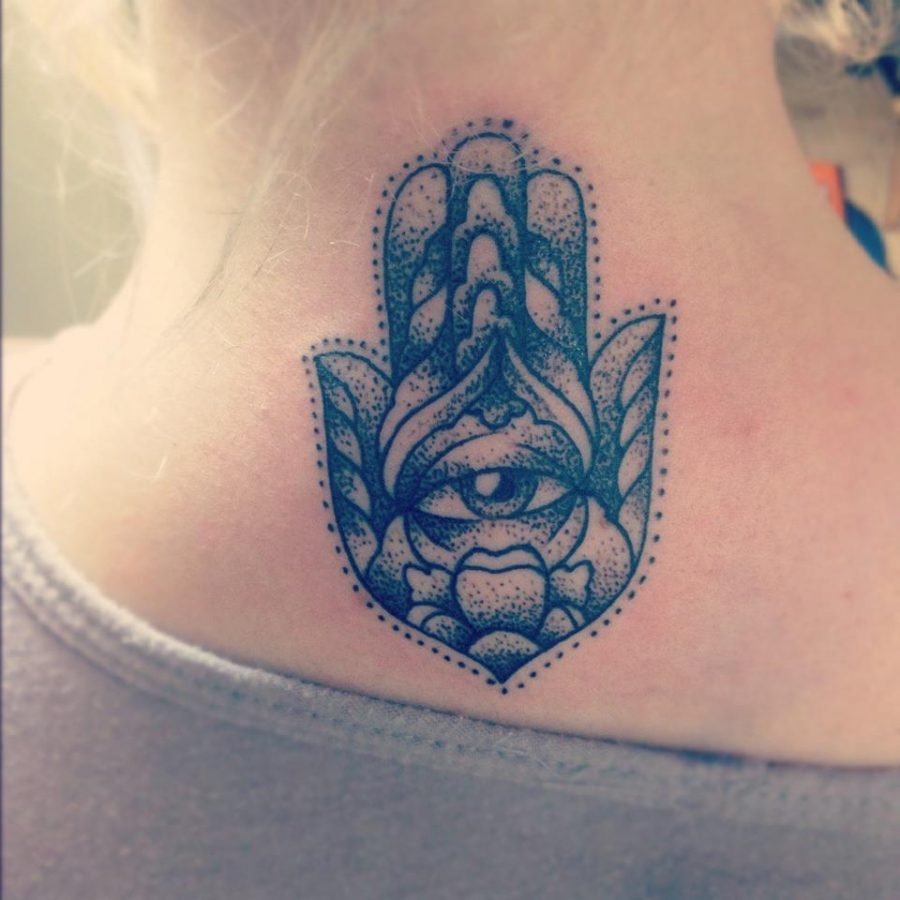 Every time I see someone wearing a pentagram or the triquetra I get excited and ask them if they’re pagan, too, and the most common answers are “No, I just love ‘Supernatural,'” or “I just thought it looked cool.” These are fine reasons to wear something, but you should at the very least know what the symbols you wear mean. Also, the “Supernatural” pentagram is encircled by a sun, so if you like the show, that’s the pentagram you should be wearing, not just a regular one.

There’s been a bohemian trend lately around jewelry with third eyes, Hamsas/Khamas, lotus flowers and Eyes of Horus. People buy them and wear them for the style or the “namaste” aesthetic. While I think this style is cute and promotes a very peaceful attitude among wearers, I still don’t think it’s right to wear something if you don’t know what it means.

So here is what each of these symbols mean, so when you’re picking out your next outfit you can make an informed and considerate decision on whether or not to wear them.

First, the pentagram. Contrary to popular belief, this is not entirely a satanic symbol. I believe that if you worship Satan or the devil, the proper symbol you’re looking for is an upside-down cross, but even that is actually the cross of St. Peter. The pentagram represents the five elements: air, fire, water, earth and spirit.

Next, is the triquetra — the three-sectioned Celtic knot. It represents the triple goddess, the maiden, the mother and the crone, and was one of the ancient symbols of Odin before being adopted by Christianity to represent the Holy Trinity.

The Eye of Horus is an Egyptian symbol for the ancient Egyptian deity of the same name who was the god of the sky. The eye of Horus is a symbol of protection, royalty and health. This is also the eye that was used in the once prominent “Illuminati confirmed” meme.

The Hamsa, that popular hand-looking symbol on charm bracelets often accompanying elephants, belongs to the Islamic and Jewish faiths, usually used to ward off the evil eye. Today it’s used as a protection charm, but also as a symbol of peace in the Middle East.

By all means, wear what you want. The great thing about being an adult is making your own choices, but please don’t be ignorant of the symbols you wear. It can come across as rude for those who do understand the meanings behind your wardrobe choices.