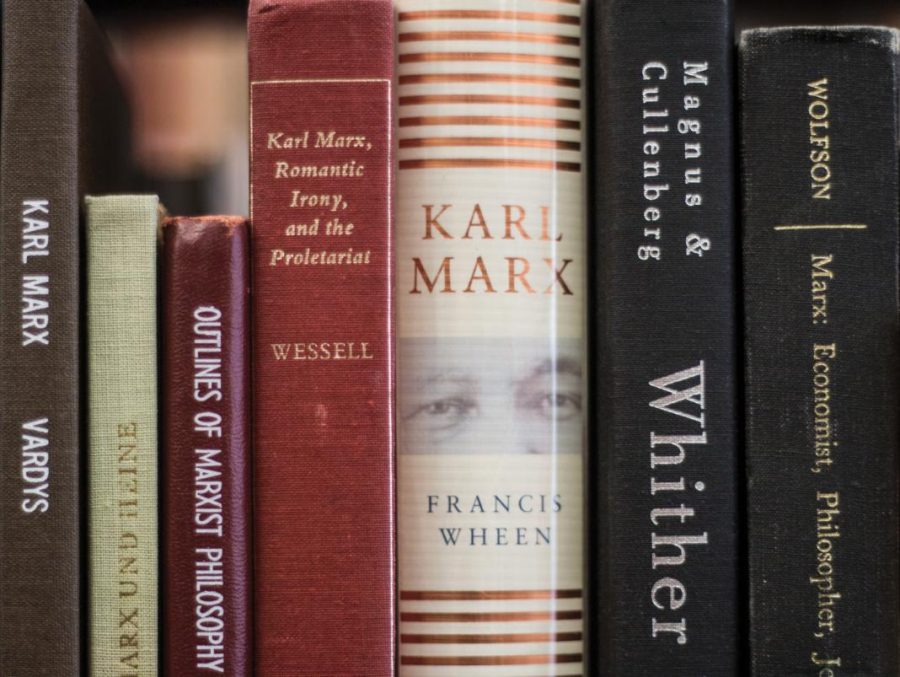 The University of Utah’s economics department has been labeled a center of Marxist thought since it began its leftward trajectory following a move toward academic freedom in the early 20th century. State institutions, including the Church of Jesus Christ of Latter-day Saints, loosened their grip on the school after one-third of the faculty resigned. This mass resignation was in response to Joseph Kingsbury, former president of the U, recommending the dismissal of five faculty members following a speech critical of former Gov. William Spry.

Over the years, the department’s Marxist characterization has been documented by numerous publications, including City Weekly. In an op-ed for the Deseret News, Norman Waitzman, the department chair, criticized this label.

“The hallmark of the department is its commitment to competing perspectives and their evolution (i.e., a pluralistic perspective) and as such exposes students to a range of theoretical perspectives, including Marx,” Waitzman wrote.

The department’s reputation comes primarily from the work of three professors — Emery Kay Hunt, Hans Ehrbar and Al Campbell — who are now retired. Many believe the legacy of their work continues to influence the department.

“Almost everything [in the economics department at the U] is built on Marxism,” said Luciano Pesci, a doctorate student in economics at the U. “Though there is a pluralistic approach to teaching in the department, Marx is a big component. It’s behind the gender, labor and environmental economics. We studied it at least a little bit in almost every class.”

Those who claim the department has a Marxist lean also point to the set of classes being taught and the materials covered in individual classes. While ECON 5080 centers entirely around Marxian ideas, these ideas are referenced in a number of classes in the department: ECON 5540 Capitalism and Socialism, ECON 1010 Economics as a Social Science, ECON 3100 Labor Economics, ECON 5060 History of Economic Doctrines and ECON 5180 Poverty and Inequality.

Some have pointed to the department’s status as a supposed Marxist hub as the reason for a 2017 donation from the Charles Koch Foundation to create an economics institute in the business school.

The Koch brothers own a variety of companies, including some in oil, fertilizer, mineral refining, glass and cattle. According to Forbes, the family was worth $82 billion in 2016. The most politically active members of the Koch family, Charles and David, fund numerous conservative and libertarian organizations and candidates. In 1980, David Koch was the Libertarian Party’s vice-presidential nominee. On its website, the Koch Foundation says it works to “help people improve their lives by advancing an understanding of the benefits of free societies.”

Following the donation, more than 100 students, faculty and staff led by political science professor Mark Button signed a letter requesting safeguards be put in place to keep the foundation from threatening the U’s academic freedom.

The grant is subject to evaluation annually for eight years, leading some to believe the U will be pressured to comply with the desires of the donors.

After the Deseret News endorsed the donation in an editorial calling the department one of the “last bastions of Marxist thought in North America,” Waitzman reacted by praising the donation and refuting the label.

How Faculty View the Department

“I’m confused by the response to which the department has taken over the last nine or 10 months since the new program was instituted in the building,” Pesci said. “I thought [teaching Marxist ideology] was supposed to be a medal of honor. I don’t consider myself a Marxist, but I certainly feel like I’ve learned a lot from him. I found a lot of value in learning Marxist theories. In fact, I’d seen too much of the other side and it was refreshing to hear Marxian ideas. This human-focused side of the department added so much value to the content, and that’s why I find it upsetting that they won’t own it.”

Pesci has been part of the economics department as both a student and instructor for eight years and is close to completing his Ph.D. He has been at the U for 12 years and was valedictorian of his undergraduate class. He is now the CEO of a data science company.

“This is a good program full of faculty who are very dedicated to students,” Pesci said.

His problem is not with the quality of professors, but with the “disingenuous” way the department refers to its content. They produce students with strong math skills and an extensive background in theory. That theory happens to contain a lot of Marxist ideology.

“I don’t think it is a truthful or genuine statement to say this is not a Marxist department,” he explained. “When you look at the sum total of all the information, I don’t know how it could be described as anything else.”

Professors in the department do not agree with this sentiment.

“I don’t think our department teaches Marxist thought, except in the same way that it teaches Smithian thought, Keynesian thought or the thought of any of dozens of other major economists,” said Thomas Maloney, a professor of economics who acted as chair of the department from 2011 to 2017. “We teach an undergraduate core of micro theory, macro theory, mathematical methods and statistics that is pretty similar to what’s done at most universities in the [United States]. I would say that we offer a wider variety of elective courses than most departments of our size, with the goal of exposing our students to a range of models and ideas. We think this gives them a richer understanding of the discipline and of the world, and it sharpens their ability to critically examine various approaches.”

Professor Peter Phillips has been a member of the U’s economics department since 1978. He has a Ph.D. from Stanford University and teaches primarily about labor economics and economic history. He believes no school can be classified by one ideology.

“Academic departments, including the economics department of the University of Utah, are not, and should not be the proponent of any school of thought,” Phillips said. “The university is populated by individual scholars doing independent research. This is the opposite of group-think. It is individual inquiry. So by its very nature, a department as a group is not an individual and is not doing individual thinking, teaching or research.”

Minqi Li, another economics professor who obtained his Ph.D. at the University of Massachusetts Amherst in 2002, feels that although the department teaches about a large range of ideas, Marxism plays a vital role in students’ understanding of the discipline.

“Economics is not a rigid, monolithic organization with only one authoritarian voice,” Li said. “Like other disciplines in natural and social sciences, it is a living science with competing schools of thought. Marxian political economy is one of these competing schools and indeed, there are many different types of Marxism. In my opinion, in comparison with other schools of thought in economics, Marxian political economy does offer some unique insights. In particular, Marxism does not see capitalism as the eternal or natural form of human economic organization.”

The dominant take regarding Marxist content being taught in the economics department seems to be that it has its place as a theoretical concept, but it does not and should not dominate instruction. Some in the department feel students at the U have been submerged in ideas that boast the benefits of capitalism, and they could benefit from more exposure to Marxism.

Kerem Cantekin, a Ph.D. student who is one of the teachers of the Marxian Thought class in the economics department, said many Americans’ aversion to Marxism influences the way the department is perceived.

“I think that unless an economic school doesn’t even mention the name of Marx, it is likely to be critiqued that way,” Cantekin said. “Personally I think this critique cannot be supported by the facts. It is possible to view the curriculum of the department, as well as the syllabus of each course, as well as the published articles and conferences within the department. When someone studies all this information, it will be seen that this critique is not true. And personally I think, a predominantly Marxian economics department would benefit U.S. academia. However, there is no such school in the U.S. [and] the economics department of the U is certainly not such a department.”