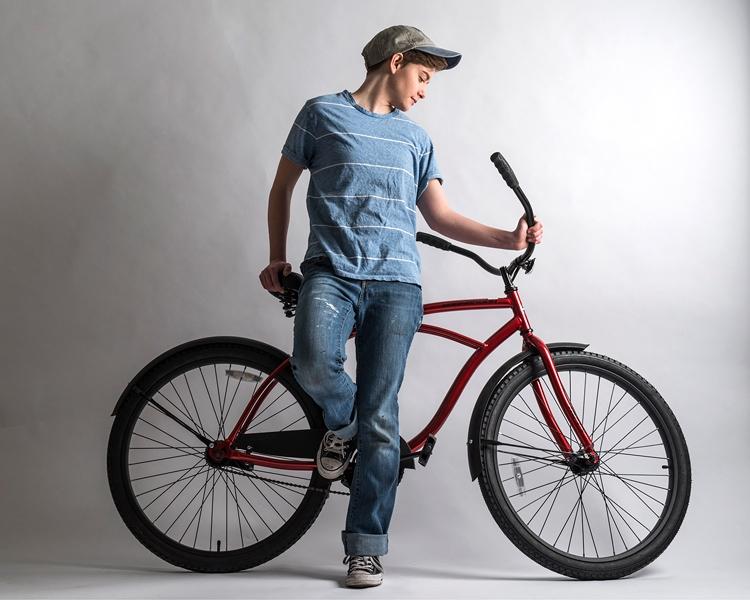 Pygmalion Theatre Company is closing their season with the production of “Red Bike.” This play, written by Caridad Svich, is a National New Play Network Rolling World Premiere directed by Fran Pruyn.

The story comes from the perspective of a pre-adolescent kid who is coming to see the world in a brand new way. The kid receives a red bike and begins to ride. As they’re riding, they crash. The crash causes them to see the world completely differently. “[The play] is about middle America and how it’s changing and how kids have a very intuitive sense of how it [has] changed and how people are melancholy for the old days,” Pruyn describes.

The play features large amounts of music and poetry. Svich is known for her poetic writing. According to Pruyn, “Caridad Svich is a curious poet and her imagery is evocative.” The script’s poetry adds a unique layer to the production that isn’t seen in many plays.

Much of the script is relevant to today’s society. The play’s intention is to cause audience members to reconsider themselves, their wants and their desires as well as the issues present in modern America. “The script and the words are so rich and I think it’s hard not to resonate with [the play], ” Pruyn said. “It’s kind of about materialism. It’s also about a red bike and the freedom it brings and the freedom to go where you want and do what you want.” While the actors have interpreted it in their own way to perform it on stage, Svich’s script gives audience members the freedom of interpretation too.

“Red Bike” stars Sydney Shoell, Jesse Nepivoda and Andrea Kile Peterson. This will be Nepivoda’s first performance at Pygmalion Theatre Company. Shoell has performed for Pygmalion before in “Eleemosynary.”

If you enjoy poetry or theater, I recommend this show. The play has a good mix of humor, music and seriousness. The description seems vague and simple, but the story is quite complex.