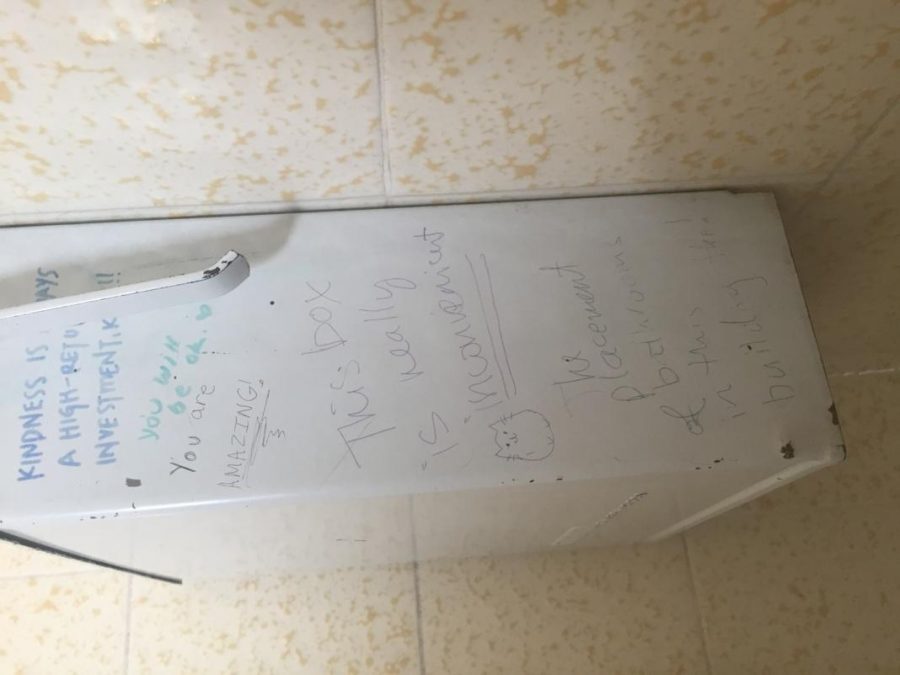 One of the most annoying things about campus this year is the seemingly endless construction. In almost every class you hear hammering and drilling and students have had to reroute their paths to class. But, I think we can all agree that one building in desperate need of some reconstruction is the Business Classroom Building, BuC, the former business building that is in the shadow of the new, fancy business building.

Coming from someone who has had a class in that building every semester since arriving at the U, BuC sucks. BuC is in a very inconvenient spot. From any bus stop on campus, a student has to walk a huge distance to reach that building.

The nicest parts of the building are the less used areas: the basement where the sustainability office is located and the very top floor.
The biggest problem with this building is that there are only two dedicated girl’s bathrooms, and they’re right on the first and third floors. There are men’s bathrooms on the first, second, and fourth floors, with unisex bathrooms on the third floor and in the basement. Given the old, terrible look of the building, one has to think that the building was built before women were allowed to, or commonly, studied business. The girl’s bathrooms are clearly old, not well-kept, and possibly haunted. There’s even graffiti inside one of the stalls that complain about the placement of the bathrooms. It’s ridiculous that if a woman is on the west side of the top floor of the building, she has to walk all the way down the hall and down one flight of stairs to get to the restroom when a boy just has to walk a few feet.

Another reason this building sucks is that it freaking flooded at the very beginning of the semester and there were electrical problems. The lights in the building still flicker frequently. How long before it floods again? Speaking of water, the water fountains are still outdated. You’d think the building that has the sustainability office would have the water bottle-filling station. Since so many students have to walk far distances to reach this building and they are thirsty, it should be easier to fill up water bottles.

One of the glass doors is literally broken, and one person’s solution to this was duct tape. It cracked in mid-April, presumably because of the snow. The glass on the door needs to be fixed, but they might as well remodel the whole damn building. This is an important building. There are many language classes in this building and many business and management classes, not mentioning the sustainability and ethnic studies offices. I believe that both of these offices deserve a more prominent place on campus and should be much easier to find. Since the University is doing construction on seemingly weird and inconvenient things, we might as well improve a building that so many students have to interact with.