Charli XCX Is the Anti-Pop Star 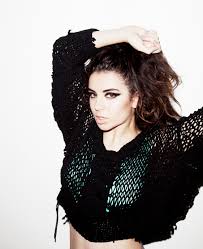 At one point in time, around late 2013 and early 2014, Charli XCX was on the precipice of becoming one of the biggest pop stars in the world. She co-wrote and was featured on a hit song — “I Love It” by Icona Pop – then co-wrote and was featured on an even bigger hit song — “Fancy” by Iggy Azalea. Her 2013 debut album “True Romance” was not a chart hit, but it did get enthusiastic reviews. Her apparent rise seemed to make sense — she was pretty and funny, she could write songs and she had a fully formed, interesting sound right out of the gate. Her songs demonstrated both a natural pop instinct and a unique perspective unlike anything else on the radio.

In the past few years, Charli has faded from public consciousness. This fall from grace is not from a lack of output — in fact, Charli has been a prolific musician, releasing a studio album, an EP, two mixtapes and several singles and features since “True Romance.” Her move from rising star to niche artist was swift and surprising. In January, Charli XCX tweeted, “I think I’m underrated.” It was an obnoxious punch line, meme bait and the ultimate humblebrag. It was also a true statement — Charli XCX is underrated.

From the beginning, Charli was always a bit off-kilter, a savant of her own weird aesthetic that was never fully captured by her most commercially successful songs. On “True Romance,” which is arguably still her best record, Charli sang about breakups and hookups over a surprising, pleasurable mélange of influences — some 1980s synth-pop here, some early 2000s emo there. Her music had satisfying choruses and sing-along ready hooks, but the experimental edges of her music suggested something deeper, turning pop music into an intellectual exercise.

After releasing her bratty, entertaining follow-up album “Sucker” in 2014, Charli spent time in the studio exploring new directions to her music. In an early sign of what was to come, British producer A.G. Cook remixed “Doing It,” a single from “Sucker.” Cook founded PC Music, a music label that created extreme, nightmarish twists on electro pop. In his remix, Cook turned “Doing It” from a girl-power anthem into something far more intense, with a sinister edge. Cook pitched up the vocals to an inhuman degree and built the backing track into an endless build, anticipating a drop that never comes. Cook and Charli were fitting collaborators — both had been exploring similar musical ideas in their separate work, and together the two established a singular, wholly unique sonic palette — electronic music so catchy it becomes weaponized.

Cook has now produced an EP and two mixtapes with Charli, and this left-field turn toward the avant-garde both limited and solidified her audience, turning her into a cult figure. PC Music’s style has always been divisive, and though the music from this era are technically pop songs, they are as baldly experimental and sonically aggressive as the work of many punk and underground artists. Cook’s production utilizes hyperfeminine vocals, intentionally synthetic layers of electronics and lyrics that walk a tightrope between camp and emotional vulnerability. In many songs, Charli sounds like an alternate universe Katy Perry, like the biggest pop star of the uncanny valley. In some ways, this work is an electro-pop equivalent to Kanye West’s hip-hop reinvention on “808s and Heartbreak” — both artists emphasized the artificiality of electronic productions to explore musical and emotional extremes.

Most of Charli’s music in the past few years has been an acquired taste, and her varying release structures are more difficult to follow than a traditional album release. Still, few artists of any genre are taking the kind of risks that Charli is, and she has quietly shaped herself into one of the most invaluable pop musicians working today. Throughout her deceptively diverse career, Charli has maintained a remarkably high batting average — even the songs that are not entirely successful are always interesting, but Charli has yet to earn a reputation as a singer worthy of “favorite artist” status, even when individual songs or projects win acclaim. Her music may be too outré for Top 40 radio, but it is apparently not tasteful enough to earn cachet as a critical darling. Certain artists, like Lorde and Carly Rae Jepsen, have established themselves as pop auteurs, more likely to get rave reviews in music magazines than to score a “Billboard” number one. This seems like a viable route for Charli, but she is often sidelined in critical conversations, revealing a limited view of what pop music is worthy of making year-end lists. When two roads diverged in a yellow wood, Charli did not pick the one that led to a headlining spot at Pitchfork Music Festival.

It’s hard to categorize a deconstructionist, and perhaps Charli is too busy reshaping the rules to win the love of any gatekeepers. Still, as she continues to release music and prepare for the release of her third album, Charli’s unconventional approach speaks to fans. Charli knows the rules of pop songwriting better than almost anyone, but with each new project she makes a compelling case for rebels with a cause.