Binge Bytes: “In the Dark” 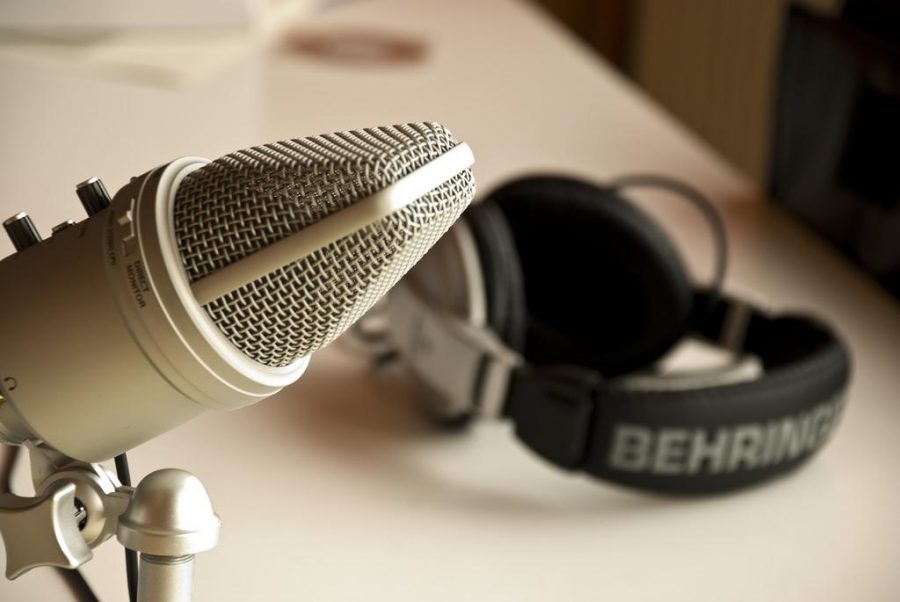 Microphone and headphones for recording purposes

While true crime stories are popular across a variety of mediums — from television to books to film — true crime has become a genuine obsession for many podcasting fans. When “Serial” premiered in 2014, it was the first podcast to turn into a bona fide cultural sensation, and it inspired a wave of series that took deep dives into real stories of grisly crimes. For both journalists and listeners, these podcasts give the opportunity to become amateur detectives. Many of these series were curated excellently, and some were even vehicles for social justice, but the entire trend could be ethically questionable. No matter the creators’ intentions, these series have turned the private pain of real-life individuals into popcorn entertainment for millions of listeners. This transformation, combined with the sheer volume of podcasts in this genre, have made me adverse to the genre. I do not particularly need or want a labyrinthine exploration of a disturbing murder, so I did not expect the most creative or boundary-pushing work to come from this territory.

“In the Dark,” from reporter Madeleine Baran and American Public Media, immediately stands out from the pack. While the series is technically true crime, Baran takes a unique angle — raising larger questions rather than solving a specific mystery. Both seasons of the series use a specific crime to uncover deeper failures of the media, the criminal justice system, police officers and government officials, and even the general public. Baran’s reporting is patient and focused, and she avoids editorializing or making pat thesis statements. She also avoids the idiosyncratic, narrator-focused style that made “Serial” such a sensation. The result is a series that feels more substantial — and more necessary — than expected.

While creating the second season, Baran spent more than a year living in Winona, Mississippi, a small town rocked by a 1996 robbery of a furniture store that ended in the murder of four people. Local officials tried Curtis Flowers, a black man, for the crime, and he was ultimately found guilty and sentenced to death. However, the verdict was overturned, and Flowers has been retried six times while he remains in jail. Throughout the season, Baran uncovers flaws and outright fabrications in the evidence from investigators. Baran uses Flowers’ trials to explore the intersection of race and criminal justice issues.

Previous Season Recap:
In the first season, Baran and a team of investigative journalists cover the case of Jacob Wetterling, an 11-year-old boy from St. Joseph, Minnesota, who was kidnapped in 1989. The podcast did not attempt to find Wetterling’s kidnapper, but shortly before the series premiere, Danny Heinrich confessed to kidnapping, sexually assaulting and murdering Wetterling 27 years earlier. Instead of a typical “whodunnit” focus, Baran works to uncover the larger implications of the case. She finds glaring mistakes in law enforcement’s handling of the investigation — investigators ignored important leads, waited too long to search for evidence and refused to make significant changes in law enforcement practices. In fact, Baran found that the Stearns County Sherriff’s Office had a remarkably low success rate in all sorts of crime investigation. “In the Dark” also covered how Wetterling’s kidnapping has lead to stricter laws on sex offender registries, and Baran examined the purpose and effectiveness of these reforms. The first season is entirely unrelated to the second season.

The first season of “In the Dark” was frequently fascinating, and the second season is even better. While the first season was refreshingly sober, free of sensationalism or exploitation, the pacing could drag, and the storytelling was occasionally dry. The second season, on the other hand, is always riveting. As Baran unpacks the many layers of misconduct surrounding Flowers’ trial, she deftly draws a portrait of corruption and prejudice. Her approach is both thorough and accessible, and some of the series’ most fascinating moments detail the lengths the reporters go in order to find evidence. One data reporter spent months creating a database of jurors to investigate possible racial disparity, and another group dug for files in a decrepit, abandoned factory. In an era where journalists’ roles are constantly in question, “In the Dark” is a refreshing reminder that deep, thoughtful reporting is alive and well.

I have learned a lot of new things about the court system from listening to “In the Dark,” and the episodes have never felt like homework. It should be no surprise that the justice system is rife with racial bias, still “In the Dark” reveals particularly harrowing examples of injustice. Baran found that the prosecution intentionally left black people off the juries in Flowers’ trials, and much of the case is based on extrapolated evidence. “In the Dark” is a subtle but powerful political podcast. The reporting depicts how this case exposed the racial divisions in Winona, and Baran smartly draws connections between Flowers’ case and America’s long history of racism. (A particularly illuminating moment evoked the tragic lynching of Emmett Till). “In the Dark” is an excellent series that expands the possibilities of both journalism and podcasting. Even when the subject matter is dispiriting, the work of Baran and her tireless team of reporters is genuinely inspiring.

Best Episode: It is difficult to single out specific episodes, and “In the Dark” is meant to be listened to in order, all the way through. However, the eighth episode of the second season, entitled “The D.A.” is a particularly good example of the series’ persistent journalism.

Rating 4.5/5 stars
“In the Dark”
Available to stream or download on major podcasting services: including Apple Podcasts, Stitcher, Spotify and Google Play, and on the show’s website, apmreports.org.
20 episodes, ranging in duration from 35-65 minutes. The second season is ongoing, with the final episode expected to premiere on July 3.