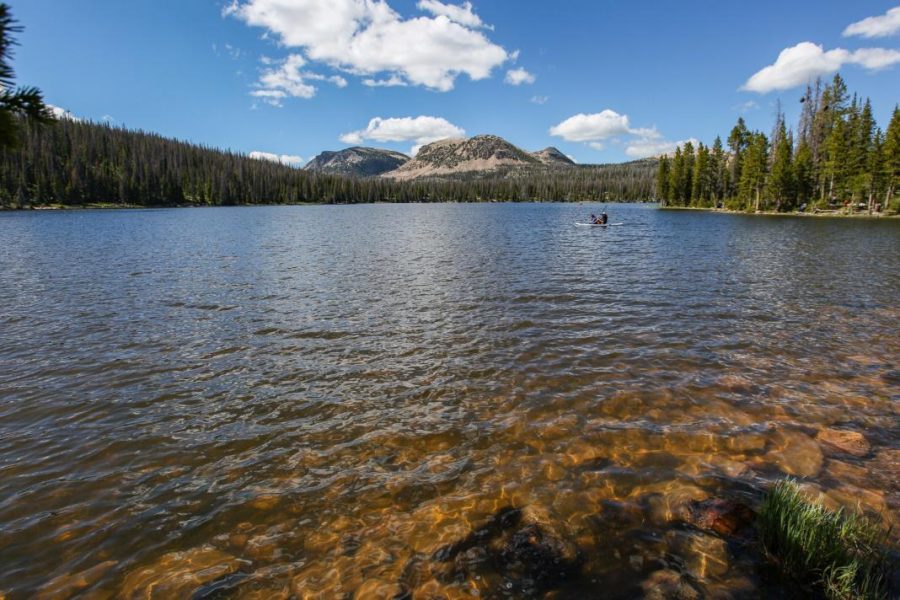 Utah is growing. California transplants and seekers of cheap property continue to bless our beautiful state with new economic opportunities, cultural diversity and the individuality that our traditionally white-washed residence so badly needs. Pilgrims of the Latter-day Saint faith who seek to establish residence among other like-minded churchgoers — and even entire companies — make up other demographics of migrants eager to claim their stake among a population of citizens that are nationally acclaimed for having stellar healthcare facilities, relatively low crime rates and, according to US News, the highest ranking for fiscal stability in the country.

This list of attractive attributes is hardly complete without what many Utahns consider the most alluring rationale for setting their sites on this eclectic slice of the high desert, however: plentiful and unrivaled natural resources.

Skiing, hiking, fishing, white-water rafting, hunting and any other al fresco activity that Cabelas could outfit one for, can be experienced in this outdoor haven. Many of these activities require only a short drive from downtown.

For a more structured adventure, Utah boasts five of the nation’s most awe-inspiring national parks. Each is sure to satiate even the most seasoned explorer. Zion National Park, the undisputed standout on the list, enjoyed the fifth highest visitation numbers in the U.S.—with nearly 4.3 million tourists flocking to its natural marvels in 2016.

Yet, there exists a threat to these cherished state resources, and while saturation caused by an influx of park-goers has caused the National Park Service to increase entrance fees for 117 parks this summer, this increase in expense is not the only thing that might prevent interested travelers from enjoying these destinations in the future.

No, the pesky problem that 97% of climate scientists seem to be incapable of keeping to themselves, even at the risk of spoiling our relaxing treks through the wilderness, is known as climate change. Climate change will most certainly have an increased level

of interference on our outdoor exploits in days to come.

Sequoia National Park is one treasured stretch of land that has suffered from the alarming effects of climate change — a term historically coupled with “global warming,” and one that is regarded by 12% of the population with the same amount of consideration as the tooth fairy. Unlike the tooth fairy, the detrimental impacts climate change impresses upon places like Sequoia are very real. Depleting species populations, irregular and reduced rainfall and record temperatures in the area are wreaking havoc on some of the planet’s largest and rarest species of tree.

Climate scientists, botanists and the science-informed public are not the only ones taking notice of this overbearing monolith of an issue. The outdoor community — hunters, skiers and car-campers alike — have also taken notice.

In 2011, one group of earth-conscious skiers produced the big mountain ski film “All.I.Can” with the intention of highlighting the inescapable presence of global climate change and how it has specifically impeded on their passion-turned-profession. Spanning six continents and taking over two years to complete, these unlikely activists used their popularity and knowledge of snowpack conditions to point out the fragile nature of our natural world and how just in their lifetimes, the effects of human negligence have degraded their playground.

Maybe it’s the misguided attachment of politics to scientific findings that are largely responsible for the widespread belief that climate change and the professionals working in the field are false-prophets, who are bent on peddling their nefarious agendas regardless of empirical sources. Such an ill-conceived position of thoughtlessness must desperately become aligned with reality before we arrive at the point of no return.

While fact-based dialogue might not be the kick-in-the-pants needed to instill fear of eventual resource destruction in the minds of such vacant patrons of fantasy, one can hope that enough truth slinging will cause something to stick. So, per the National Park Service, I have outlined several popular park destinations that currently face the largest threats both for the wildlife that reside at these places and the outdoor explorer that hopes to see them.

Off of the north shore of California, an increase of carbonic acid in the water at Point Reyes is causing pH levels to steadily drop. The result is an overall ocean acidification and this stands to severely threaten the entire ecosystem of the park. The increase of acidity in the water is directly impeding the capability of several shellfish species to form their protective shells. This depletion of shellfish in the region carries its impact throughout the entire food web, causing fish and seabird numbers to steadily drop.

Once 200-foot tall glacial cliffs have all but disappeared into the cliff side and the remaining glaciers in the area continue to recede at an alarming rate. This dramatic loss of mass, known as glacial retreat, can be seen impacting over 90% of glaciers worldwide, but according to the Alaska Natural Resource Inventory, the over 40 different glaciers at Kenai Fjords alone are retreating at a comparably faster rate. Harbor seals, one of the many species of land and marine life visitors come to the famous park to observe, are dropping in numbers just as fast as these historically massive glaciers melt away.

At an average of 6 feet in elevation, this rich landscape, which includes one of the most diverse ecosystems on the planet, is currently under threat from sea-level increases. In only 20 years of observational research at the Everglades, an average of two millimeters of sea level rise has been noted. As a result, coastal plant species are moving inland, causing a competition with other plants. Additionally, the sea level rise is causing increased salinity of soil and fresh water, which may be harmful to many species of plants.