DAS Energi is coming: Are you ready? 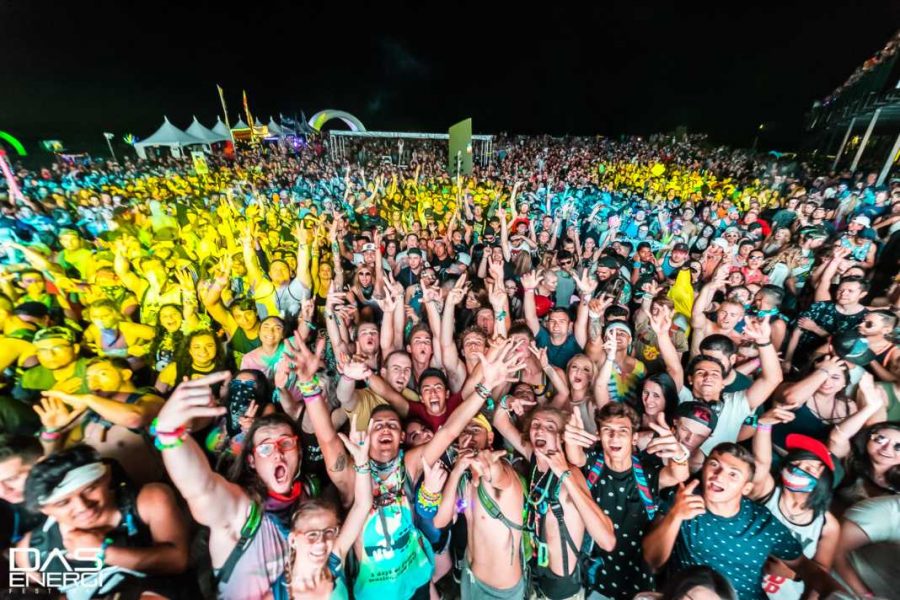 Do you like dancing, the desert, super fun out-of-this-world costumes or meeting new people? Then Das Energi might just be the place for you. In two days, with three locations and nearly forty DJ’s, Das is the largest independent music festival in Utah, according to their press release. Das is owned by V2 Presents who have a hand in the majority of the dance scenes in SLC and Utah. These people know how to throw a great party and Das is the king of them all.

This year’s trailer features the Das beach pirate exploring three stage spaces. The first is Synergi station, where you can turn up the heat and groove to some sick beats. The second is Galactic Flats where intrigue and mystery weave a baseline irresistible to party people. Finally, end the day or start the next in a field of pure Energi worshiping at the Temple of Boom. 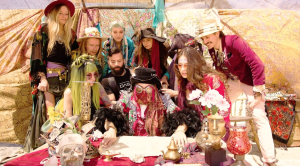 If you aren’t excited yet, let’s talk lineup. Kaskade and Deadmau5 are some the biggest names attending, and they will each get their own day to perform. NGHTMRE and Snails will be making world debuts on the stage this year.

Other performers include Dillon Francis, REZZ, Anna Lunoe, Joyride, Haywyre, and many, many more. EDM is not very old, so the number of performers at Das is really quite impressive. EDM started in the 1980’s, primarily in Europe. It first came to America in the 1990’s under the name of Electronica, though it didn’t immediately take off. Our generations, Millennials and Gen X, brought EDM to life and made it great around 2011. 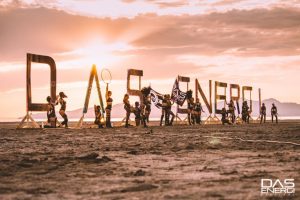 What’s great about the genre? Well, dancing is always fun whether you stand in the back and watch random strangers be silly or engage in the energy of bustin’ a move like no one is watching. Deadmau5 alone has received six Grammy nominations and has worked with multiple groups and DJs all around the world. Not bad for a Canadian, eh? Kaskade on the other hand is all American, from Chicago. In 2011, he was voted America’s best DJ by “DJ Times” magazine. He also won the same award in 2013.

So how do you get there? Tickets to Das Energi vary depending on which day and what level you chose. VIP tickets are $225 for both days, and $130 for either Friday or Saturday. General admission is $150 for both days or $80 for either. It’s a better deal to go both days, and it’ll be more fun — just saying. You can purchase tickets online through Das’s website or from a variety of local vendors, also listed on their website. Parking is $10 per day per car. You can leave your car parked overnight, but room and board won’t be provided. Of course, Uber and Lyft will be all over Das. Be safe and use them as well. 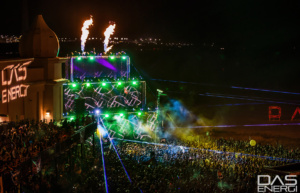 Das is age-restricted with general admission tickets only available to those of 18 years and older. For those who are 21, there is a bar and a VIP pass can get you into the lounge with your own cocktail waitress and an express line to the drinks. VIP ticket holders will also get a speedy entrance into Das and their own viewing and seating area plus free water, snacks and merchandise, which sounds like the way to go to me.

Whether you’re VIP or just down to party, Das is the place to be. Head out to the Great Saltair Aug. 17 and 18 and have a blast!

Check out their trailer here.