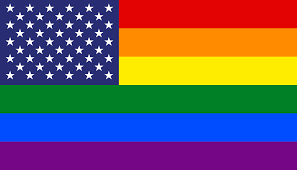 In the Trump era, LGBTQ Americans are living through a maddening paradox. On one hand, the quality of life for many queer people has improved immeasurably in recent years. Homosexual people can legally marry; homophobic acts such as “don’t ask, don’t tell” and the Defense of Marriage Act have been repealed; and many states, including Utah, have passed anti-discrimination bills protecting LGBTQ people. Members of the queer community are being represented in mainstream politics and pop culture. An increasing number of young people identify as queer, and a person coming out of the closet today is much more likely to find acceptance from family and friends than a person coming out ten years ago might. On the other hand, LGBTQ political and social progress has been alarmingly precarious over the past two years of the country’s current presidency. Many members of the Trump administration, especially Vice President Mike Pence, are openly derisive of gay rights.  All three branches of federal government hold a conservative majority, and the recent Supreme Court decision in the Masterpiece Cakeshop vs. Colorado Civil Rights Commission shows that full equality isn’t yet near happening.

These uncertain times emphasize the necessary role for queer media outlets to represent a larger community and advocate for the issues that affect the day-to-day lives of LGBTQ people. While mainstream publications have made positive strides in covering LGBTQ topics, there is still a need for media made primarily by queer people for queer people. There are many websites and magazines — including Out, Queerty, Gay Times, New Now Next and Pride — that cover everything from pop culture to politics from a gay perspective. Some mainstream outlets like Buzzfeed and Huffington Post have LGBTQ sections on their sites. These areas have the potential to be a safe space for queer voices and to push discourse forward. But the current media landscape offers a frustratingly limited worldview — ultimately alienating the queer people who desperately need a voice.

The LGBTQ community is incredibly diverse, but you would not know it from looking at the front page of most gay websites. Many queer media outlets tend to cater to a white, homosexual and male audience, rarely representing people of color, women, trans and nonbinary people, people with disabilities and anyone else who does not neatly fit into the “gay box.” To be fair, it would be difficult for any single outlet to accurately and comprehensively portray the entire spectrum of queer identity. Still, the status quo, which holds up a white male experience as a representation of the wider LGBTQ narrative, is both reductive and divisive.

Gay comedian Guy Branum has often criticized gay media for their restricted coverage.  He said, “One day this country will have its first gay president, and the cover of Out magazine will be Nick Jonas talking about how he once saw a gay porn [film].”  Branum also claimed that he is “not hot enough for Out magazine.” These comments, glib as they may be, point to a larger truth about how these media organizations routinely ignore some of the most interesting and provocative queer artists. This coverage also privileges a narrow definition of sex and desirability. For example, the eight most popular tags on the website Queerty as of July 13 were male celebrities and models. All eight were white, all eight were conventionally masculine and three identified as straight. Queer Australian magazine DNA mostly features photographs of male models, and this coverage has a similarly restricted definition of attractiveness. The material on these websites reveal a quietly ugly value system. Instead of challenging the status quo, mainstream LGBTQ media is content to promote whiteness as an ideal, maintain a rigid definition of masculinity and perpetuate a shallow culture that feeds off of physical beauty.

Websites do not necessarily have to focus on politics to provide interesting or relevant coverage. There is also a role for writing that simply focuses on entertainment and pleasure. Pop culture has often been a central part of the queer experience. Many outlets that cover celebrity culture, however, are disappointingly superficial. Much of this writing misses out on an opportunity to thoughtfully consider how many LGBTQ people are portrayed in media, or to advocate for queer artists ignored by the mainstream press. Instead, many outlets overemphasize celebrities who make minor concessions to the LGBTQ community. For instance, a July 12 article on Out interviewed Jonah Hill about playing a gay man in an upcoming film. When straight white people play the vast majority of gay roles in Hollywood, these kinds of articles are counterproductive. Queer culture regularly infiltrates the mainstream consciousness, but on gay media outlets, the mainstream infiltrates queer culture.

Some outlets are already making impressive strides in offering more inclusive work. The website Them has published diverse coverage of transgender people and queer people of color. Buzzfeed’s robust LGBTQ section includes recent coverage about discussions of conflict between feminists and trans women and a large poll on LGBTQ life in America.  These websites offer an encouraging vision of thoughtful journalism that works on behalf of all queer people. It’s time to expect LGBTQ media organizations to step it up and truly represent all queer individuals.