Singin’ at the Police Station 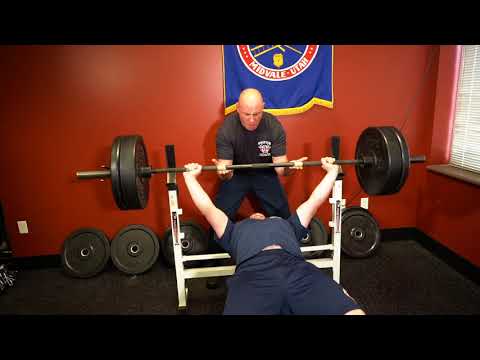 We often take our public servants for granted. We sometimes like to condemn their actions and scold their choices. However, it is important to remember that these individuals truly are here to protect us, and, believe it or not, they know how to have a good time. Over the last few months, police stations all over the United States have been challenging each other to lip sync. Even more recently, a few other public servants have joined in on this viral trend. These lip syncs move from station to station based on challenges from fellow policemen. Each lip sync is fun and entertaining, and many officers are utilizing social media to deepen citizens’ trust of public servants. With their surge in popularity on social media, policemen have been able to spread essential information that can keep American citizens informed of important matters, including wildfire safety.

The lip dub videos incorporate well-known pop-culture songs which are typically groovy and fun. Each video tends to involve an entire police station or squad, as well as occasionally including local children and community members. Officers seem to enjoy showing off their advanced training grounds, equipment and general athleticism. Don’t worry — the stereotypical donut-shop policemen are there too, and their camaraderie and sense of humor can match that of The Andy Griffith Show.

How did the singing start, you may ask? A single officer, Alexander Mena from Bexar County, Texas, can proudly say that his particular lip sync is what sparked the entire trend. The song he sang, “Fuiste Mala” by the Kumbia Kings, was the song that paved the way for “The Star-Spangled Banner,” Bruno Mars’ “Uptown Funk,” Macklemore’s “Downtown” and many more. Whether the officers are grooving, running or serenading a local lady in a donut-shop, they sure know how to bring some fun to those long days of keeping our world safe.

Policemen in Utah have also begun to take their part in this viral video trend. In the Salt Lake City area, officers of the Lehi and Springville police departments have successfully shown off their snazzy “musical” skills in two truly entertaining lip dubs. Our state’s police departments aren’t the only ones participating in the trend. As part of their efforts to increase forest fire awareness this summer throughout Utah and much of the western United States, the United Fire Authority posted their recent lip sync to “Simple” by Florida Georgia Line, to serve what they called a “dual-purpose.” The UFA intends to spread the word about wildfire prevention through this lip sync video. While they want people to enjoy the antics, they insisted on not challenging another officer station to sing, but instead challenged citizens to be careful to take the right precautionary steps for wildfire prevention and protection.

The UFA isn’t the only group using these videos for a dual purpose. Although recently the tensions between officers and civilians have increased, these videos show that those in uniform are people too. Through these dubs, trust and respect can slowly increase. By including local community members in many of the videos, officers have showcased their comfortable and positive relationships with civilians, which may help people appreciate their officers just a little bit more. Although these public servants are mostly focused on preaching the importance of safe driving, responsible living, fire safety and other important issues, these stations are putting in a lot of time and effort to show their citizens their appreciation and love. They are here for us.