A History of the Holy War 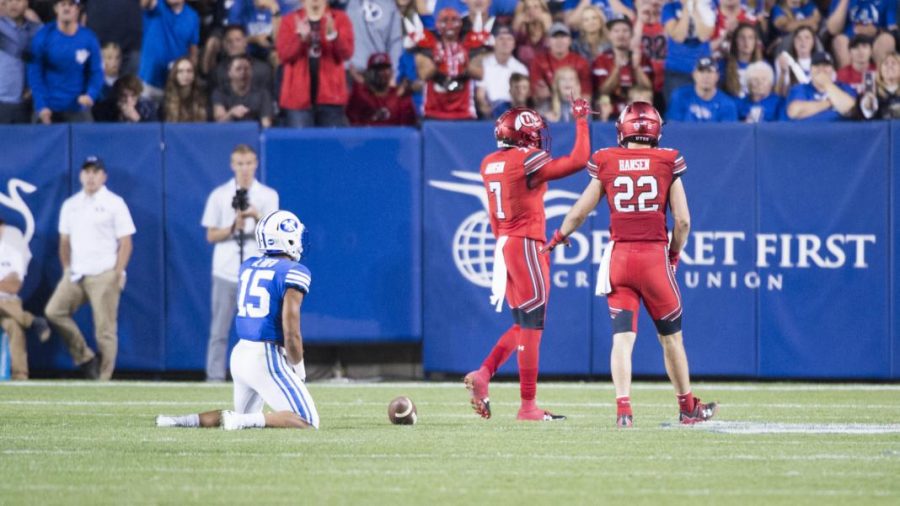 The immortal words of former Utah punter Tom Hackett are etched into the lore of one of the greatest rivalries in all of sports.

Through the sands of time, the greatest of achievements that have taken place in the field of play are those that are taken from the hands of one’s toughest competitors: Cal football running over Stanford band members who prematurely rushed the field, the Dodgers moving on after defeating the Giants in a close playoff series or Ohio State walking off on a touchdown against Michigan. These are examples of sport’s greatest moments happening in matchups between the most aggressive of rivals, and the standoff between the Utes and “the team down south” rivals some of the best.

Historically, the University of Utah and Brigham Young University (BYU) have shared countless meetings in every shared sport. Including football, basketball, baseball, gymnastics and more, the rivalry has transcended fields of play and has cemented the two schools as each other’s most competitive games of the season. While the term “holy war” is used to describe the football matchup in particular, the rivalry stretches to every facet of other respective athletics and even the cultures of the fanbases themselves. Football is where the Utes have dominated the Cougars for seven consecutive years.

The Utes’ first meeting with the Cougars took place on April 6th, 1896. In that game, Utah beat BYU, then known as Brigham Young Academy, 12-4, to claim the first matchup with their soon-to-be bitter rivals. The teams would take turns beating each other several times in a row until the 70s, when Utah managed to beat BYU just twice in 20 attempts. The Utes would add their own streak of dominance from 1898 to 1964, when in 66 attempts, BYU won twice.

Some of the greatest moments in the last decade for Utah football came against the Cougars. Should we talk about the most recent games with the greatest of details, with the sole intention that this article makes its way down south? Ab-so-lutely!

To find the most recent instance of Utah dominance, look no further than the last seven years. The Utes handled business as usual in Provo last season, winning 19-13, but 2016 is where the magic of the rivalry was reborn. With two ejections in a three-play span, coaching arguments and a goal line stand, Utah broke the hearts of Cougar fans everywhere — again. In 2013, the failure of BYU’s special teams denied them a one-point victory over the Utes, when a penalized first attempt and missed second attempt led to one of the most immortalizing photos in the history of Utah athletics — a slumped Cougar kicker in a swarm of ecstatic Utah players. The Utes look to continue to beat the Cougars, gaining eight consecutive victories.

The rivalry between the two establishments has long ago transcended sports and extends into culture, color coordination and distaste for the other school among fans. The moments that occur on turf are those that will be remembered for eons.