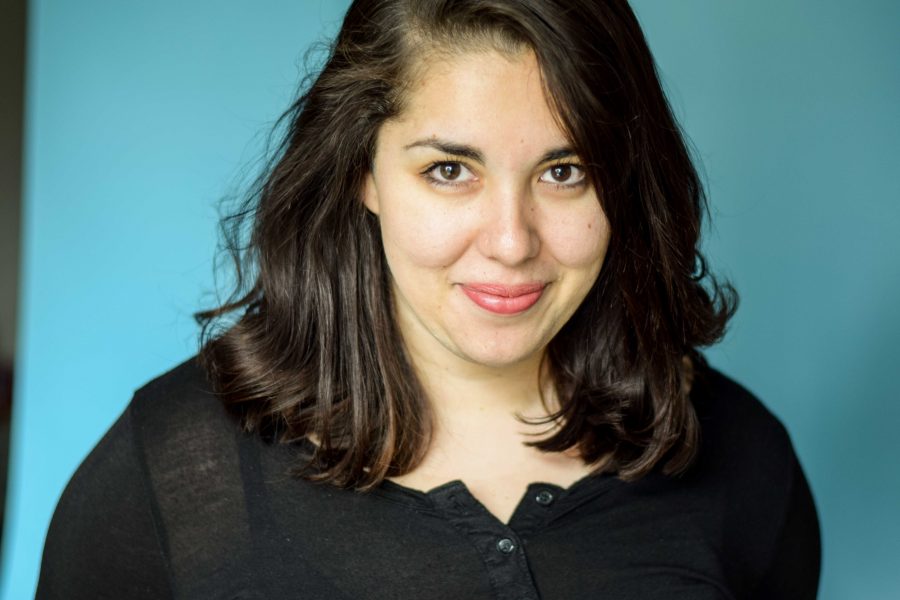 The first Primetime Emmy Awards debuted 69 years ago in 1949. Since then, exceptional work in American television has been acknowledged in annual ceremonies each year. An Emmy is comparable to a Grammy, Tony or Academy Award, all of which recognize excellence in entertainment. It’s safe to say that an Emmy nomination is a great feat.

Ana Breton, a University of Utah alumnus and former Utah Chronicle employee, managed to snag two consecutive nominations. Breton works as a digital producer for “Full Frontal with Samantha Bee.” The show was nominated for Outstanding Interactive Program in both 2017 and 2018. The nomination offered Breton, and the rest of the digital production team at Full Frontal, well-deserved recognition.

“Our digital team works so hard to make good and funny content, it’s extremely rewarding to have the Academy recognize our work,” Breton said.

Breton has been a digital producer for Full Frontal since 2016, the same year the program first debuted. The weekly satire show tackles issues in the evolving political landscape of the United States and around the world. The cast has travelled to and filmed in Jordan, Mexico City, Scotland, Germany, Russia and Iraq.

Breton first got her start on the award-winning show when it was suggested to her in the Big Apple.

“I took classes, performed and worked for the Upright Citizens Brigade here in New York City. It’s one of the nation’s most well-known improv theaters, started by a little-known actress named Amy Poehler. While there, I made a whole lot of silly videos and really learned to hone the craft of filming and editing comedy,” she said. “I met a producer there who recommended I interview at the show. I send them fruit baskets every year as a thank you for leading me to that interview.”

As a part of the digital department, Breton has a variety of responsibilities. She shoots, edits and directs videos for the program’s social media platforms. She also uploads the show onto social platforms on Wednesdays after the 10:30 p.m. airing. According to Breton, her job with Full Frontal is the best job she’s ever had. It’s not just the job which makes it great, but the people she works with.

“I’m surrounded by brilliant, funny people who care so much about changing the political landscape for the better,” she said.
The TBS series tackles politics across the globe, although the focus is primarily on the U.S. Just last year, Breton, Bee and other cast members traveled to Mexico City. Bee spoke with La Brigada Feminista, a group of women who organized clean-up and rescue efforts after a severe earthquake. The excursion allowed Breton, who was born in Mexico City, to share her old neighborhood with her colleagues.

“Taking Sam to my hometown was a special experience,” she said. “As part of it, she broke a piñata with her face on it, which was equally special.”

It hasn’t always been easy for Breton as a Latina. Her fourth-grade teacher often spoke louder to her because she assumed she couldn’t understand English well. While she has faced discrimination in America, she won’t let it hold her back.

“I feel like overcoming these experiences have only made me more of an advocate for the Latinx and immigrant communities,” she said. “I’m so proud to know that my parents sacrificed everything for us to move to the U.S. and now I’m thriving and thanking them — in a way — with two Emmy nominations.”

Breton’s booming career began with an interest in video production and writing. She first started creating videos with her friends in high school. Whether it was an English paper or a science project, she used audiovisuals. Additionally, she joined and wrote for her high school newspaper. From filmmaking to journalism, her talents are very versatile. It was college that really spearheaded her profession, however. Breton double majored in Communications and Film Studies, which taught her valuable transferable skills.

“In both fields, you have the opportunity to tell stories, but in different formats,” she said. “Both fields gave me skills that I use on a daily basis.”

She was interested in journalism and film during her time at the U, but also comedy. According to Breton, her humor comes from watching Saturday Night Live religiously in high school. The lack of a comedy major when she got to college didn’t discourage her. She participated in various comedic opportunities on and off campus. Breton did improv with Comedy Sportz in Provo and Friday Night Live at the U. The stories Breton tells will make you laugh out loud.

“During one of our live shows we sang a song while throwing tampons into the audience,” she said. “I think they really liked it.”
Her passion for comedy didn’t end with her college graduation. Since the age of 14, Breton dreamed of living in New York. Her husband, whom she met at the U, understood and supported the dream. The couple moved to New York City to chase comedy. Breton was eventually hired on by Samantha Bee, and her husband pursued comedy in another form.

“He loved my dreams as much as I did and took a big risk in moving here with me,” she said. “Once we had moved, he actually ended up leaving his very secure and well-paying job to pursue comedy writing. . . I’m extremely proud of him and could not have done what I’ve done without him.”

The move to New York City was monumental in Breton’s career. Without it, “Full Frontal with Samantha Bee” wouldn’t have been an option. Now, she is at the peak of her career and has 2 Emmy nominations to her name. At this point, it seems most of her dreams may have come true. For those seeking to follow a similar path, Breton offers these words of advice.

“Comedy was an itch I wanted to scratch for a long time, I was just never sure of how to pursue it. . . I would say that each person knows what they truly want to be doing in the back of their minds,” she said, “So take that risk! It’s extremely okay if you have to jump around careers to get there, just don’t give up!”