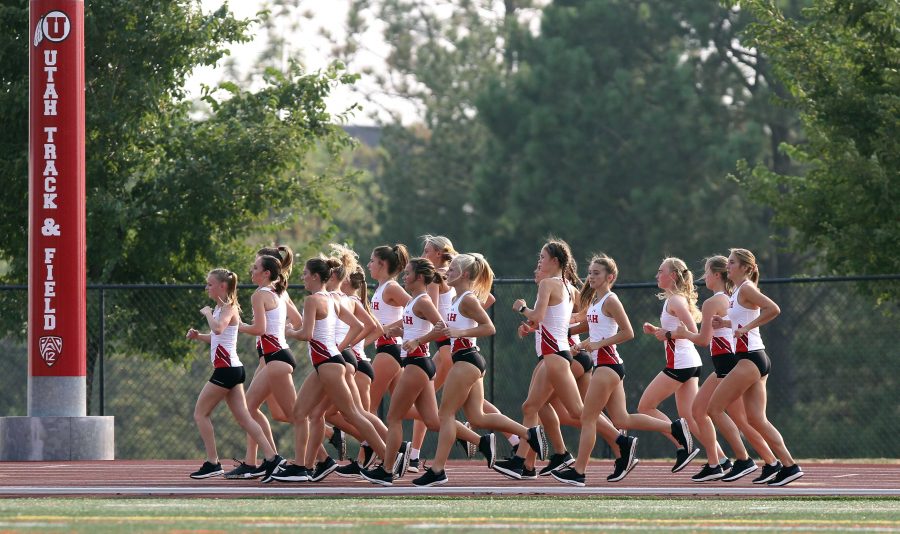 The University of Utah’s cross country started off with a bang as they competed in their first meet of the season. The team headed up north to Logan, UT to compete in the Sagebrush Invitational, a meet hosted by Utah State University. The Utes took 2nd place overall in the competition with 41 team points, letting the victory go to USU, who had 20 team points.

The highlight of the day came when junior Sarah Feeny captured 1st place overall for the Utes. This was the first race in 2 years for Feeny, who just returned from an LDS mission. Feeny raced in the 5K and finished with a time of 18:15.78 to capture first place for the Utes.

Also finishing in the top 10 during the race was junior Sarah Newton who placed 7th with a time of 18:39.57. This was the 1st cross country race for Newton, who usually runs the middle distance class on the Utah track and field team.

According to head coach Kyle Kepler, having Feeny back and having her win her first race back was an exciting moment for the team.

“She’s had the last spring to train but it’s like anything when you come off your mission, you never really quite know how things are going to go but she looked really comfortable, she lead a group of four for about half of the race and then she took off and felt really good and was able to pull away and win the race,” he said.

But as with any meet, there are things the team needs to work on. According to Griffiths, the team stuck to the game plan going into this meet.

“We definitely stayed with our groups for a bit but we probably could have done a little bit better, we are definitely still working on that but overall it was pretty good,” she said.

According to Kepler, now that the first meet is over, it gives the team a baseline to determine where they should go in training and practices coming up.

“We tried to run in groups and our groups ran pretty well for about the first half and then we got split up a little bit more than we would like but that’s what we were there to find out. We know we have some work to do and kinda pack back up and keep our groups tighter and we will work on that over the next few weeks,” he said.

The team will be back in action this coming Friday, Sept. 7 as they go to Twin Falls, ID to compete in the College of Southern Idaho Invitational.