Cross Country: Looking to Improve at the CSI Invitational 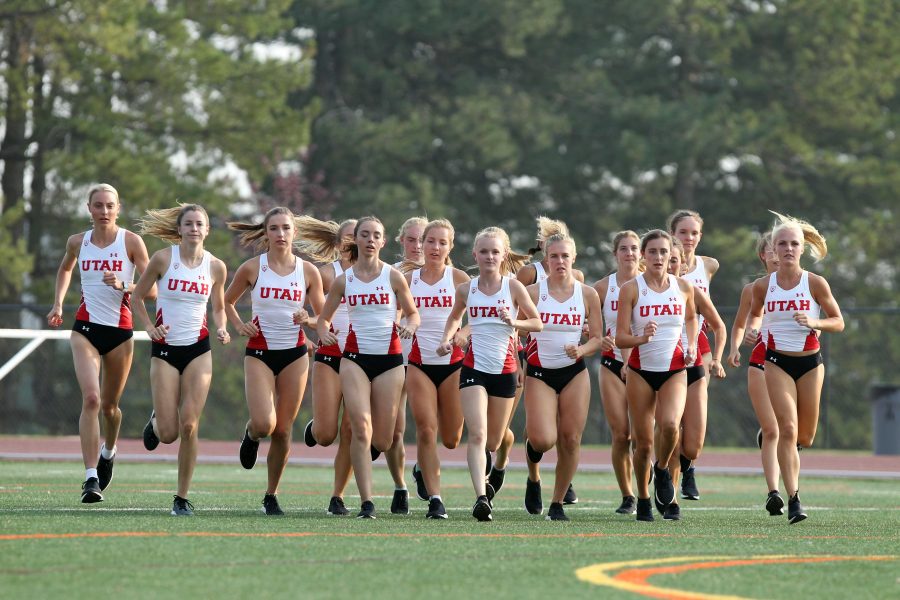 After a great opening weekend where a Ute took first place, the University of Utah Cross Country team is back in action this weekend. The team is set to compete in the College of Southern Idaho Invitational in Twin Falls, Idaho, this Friday on Sept. 7.

The team is coming off a great showing in last week’s Sagebrush Invitational at Utah State University, where junior Sarah Feeny captured first place for the Utes. This was Feeny’s first race back for the Utes after taking a 2-year hiatus to serve an LDS Church Mission. Feeny’s first place wasn’t enough though as the team took second place overall to meet hosts Utah State.

While the team is still trying to figure out the true depth of the roster, head coach Kyle Kepler believes the team is already on the right foot based off the results last week.

“Compared to a year ago on basically the same type of day and on the same conditions, I thought we ran significantly better across the board so I think we got some depth,” said Kepler in a preseason interview. “We’ll try to find out what our front end looks like in the coming weeks what some of our top end kids look like when we put them on the course.”

The list of racers for Utah is still to be determined by coach Kepler, but he says that there is a chance that some of the racers held out last week will be coming back this weekend.

“I think we will definitely put some of them in the mix, we have some freshmen that need some experience and so forth but we will see how practice on Tuesday will go and then we will make our decision,” he said.

“We certainly have depth, but we will find out more in the coming weeks as we start to race everybody,” he said.

According to junior Nicole Griffiths, the team has high hopes for the season. “Coming from last year we lost a lot of girls and we thought it [this season] was going to be pretty hard, but with the freshmen we got and now we have Sarah Feeny back it’s just looking really good,” she said.

This weekend’s meet will be the second of 3 local meets the Utes have for the first half of the season. Looking ahead, the Utes will travel south to Brigham Young University in Provo on Sat. Sept. 15 to compete in the BYU Autumn Classic.