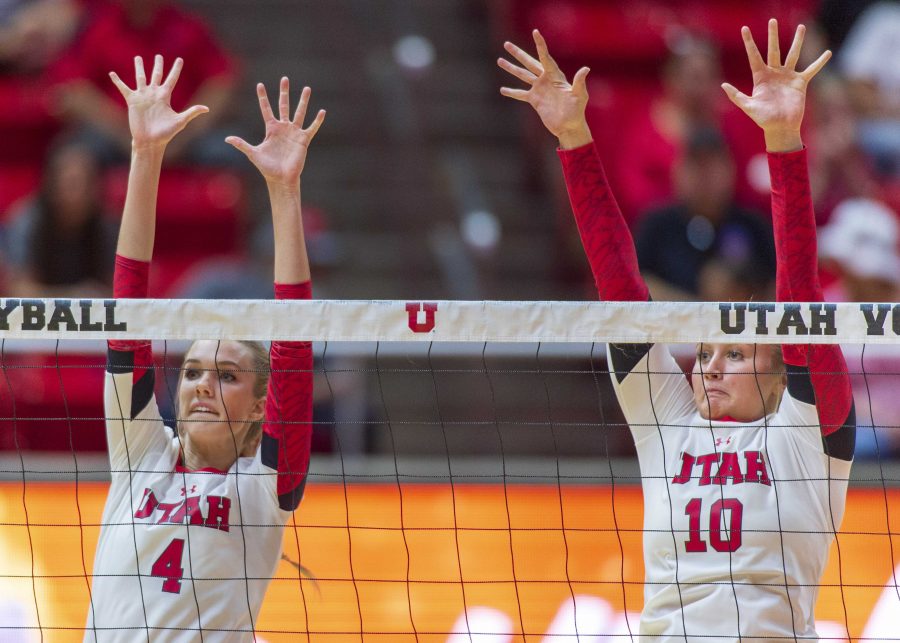 The Utes opened up Pac-12 play with a loss against Colorado last night, losing in five sets. The Utes started off with the win in the first set as they went on an 8-2 run to close the set. Colorado responded quickly in the second set and took game two, 25-21. The Utes then responded in the third with their serving. Utah had three serving aces, two of those from setter Bailey Choy. Choy led the Utes on a nine-point run, putting the Utes up 17-7. The Utes closed out the third set 25-13.

Utah brought their momentum from the third set into the fourth as they started with a 6-2 lead. The Buffs responded quickly and went on a 6-0 run to go up 19-12. The Utes pushed, but could not recover from the run, and Colorado took the fourth set 25-18. Utah started off the fifth set strong as well as they led early 5-1. The two teams traded points throughout the set. The Utes were up 13-11, but after a time out Colorado won four straight points taking the win in the match.

Utah will be in the Huntsman Center this coming Friday, September 21 at 7 p.m. to play No. 17 UCLA. UCLA started off Pac-12 play last night as well, taking a loss against USC 3-0.

The match this weekend will be a red-out. If fans wear red to the match, they will get in free. Students are allowed free entry for themselves and four guests for all home volleyball games. Students will need to present valid student ID at the door of the Huntsman Center for entry. All seating is general admission. Matches this weekend will be live streamed on the Pac-12 website, along with live stats provided at www.UtahUtes.com.