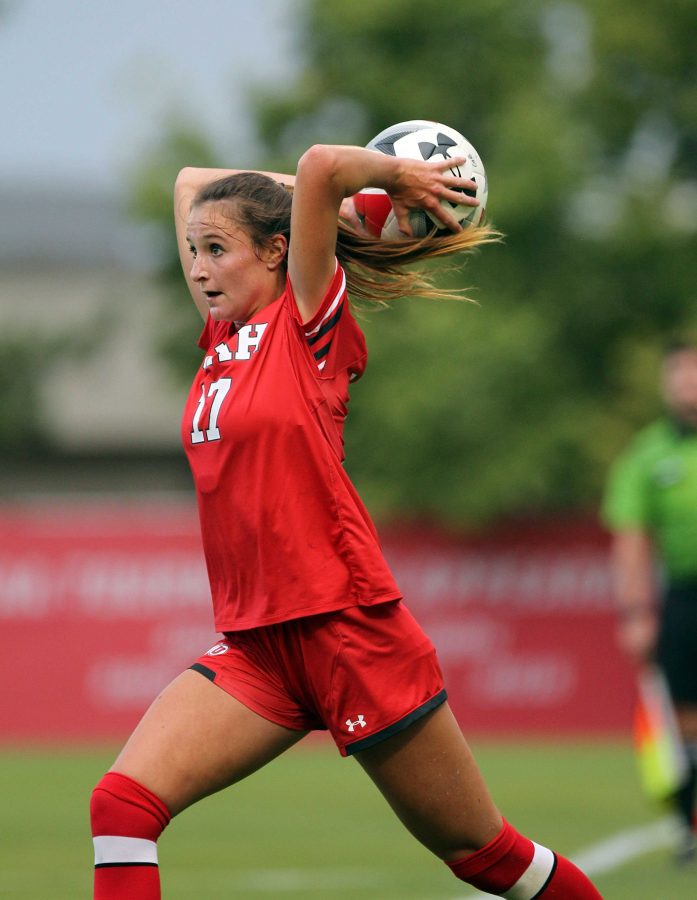 The Utes suffered a tough loss in double overtime play against the Wildcats, but not without putting up a fight. The final score of the game was 2-1, Arizona.

This loss brought the Utes to a 3-6-1 overall record, and they are 0-2 so far at the start of PAC-12 conference play.

The Utes had the first shots of the game on the Arizona goal at the beginning of the game, but the kicks missed high and wide or were blocked by the Wildcat goalie. Carly Nelson provided strong defense in the goal, and she had a number of blocks to prevent any successful goals.

The Utes stayed in the game until the very end of overtime play when Arizona achieved a well-placed kick into the top corner of the Utah goal.

The game remained in a 0-0 lock until the beginning of the second half, when Ireland Dunn scored the first goal of the game for Utah. Dunn was assisted by Paola Van der Veen.

Utah’s lead was short lived and two minutes later, Arizona’s Jill Aguilera came back with a goal off of a corner kick.

In the 108th minute of play, Aguilera was once again the deciding player for Arizona. She made the winning shot for the Wildcats after gaining possession of the ball at midfield and dribbling up to the goal. This was the second goal of the game.

“I am proud of the team,” said head coach Rich Manning. “We gave a fantastic effort tonight. We defended with grit, created some good chances and played together as a team in a tough environment.”

The Utes have been struggling with closing games out, and all of their losses have been by a difference of one goal. One of the biggest focuses for the team is pushing to stay strong through the final minutes of play.

In order to achieve this, the athletes will work on their stamina and their perseverance. Extra training and conditioning will help the team on their way to their first conference victory.

“We are improving in some important areas,” said Manning. “As close as we have been to getting some big results, I believe these experiences will pay off here soon.”

The Utes will be in Tempe, Arizona on Sunday, Sept. 30 to face the Arizona State University Sun Devils.