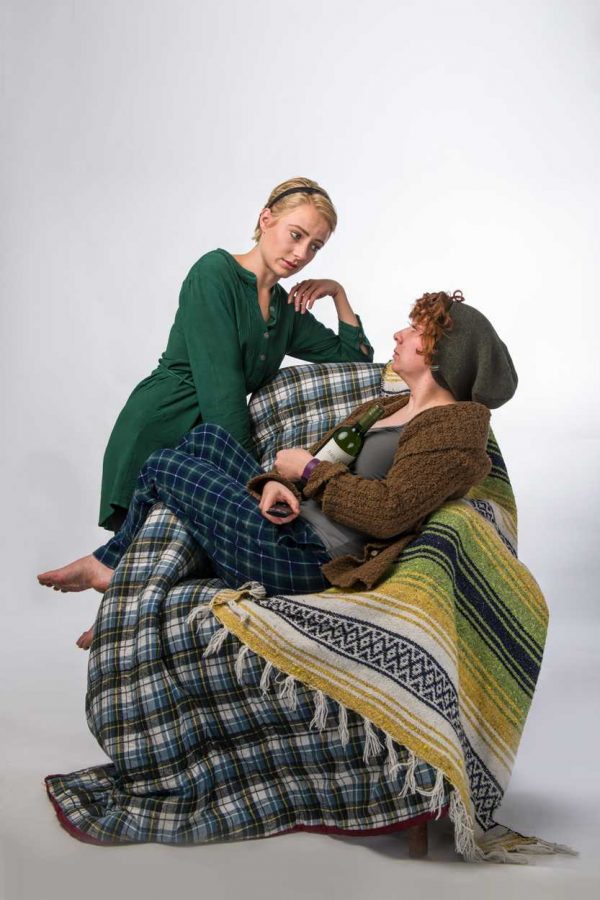 In a climactic scene of “Tigers Be Still,” a play by Kim Rosenstock in production at the Rose Wagner Performing Arts Center, two characters share the deepest parts of themselves while reflecting on grief and trauma with a candor that is literally therapeutic. (One of the characters is an art therapist). The scene is an emotional breakthrough that the play builds up to for more than an hour. So why does everyone in the audience, myself included, laugh out loud? 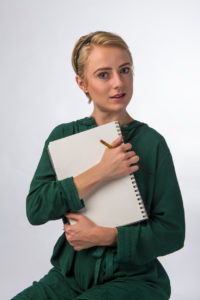 In “Tigers Be Still,” Rosenstock touches on serious themes, but she attempts to get audiences to laugh through the character’s pain. The results are mixed, but this rendition from Pygmalion Productions wins bonus points for good nature — when the news is a constant storm of misery, blessed are the breezy and entertaining, for they shall inherit my attention span.

24-year-old Sherry (Kaitlin Lemon), a recent graduate of a master’s program in art therapy, is far from living the successful life she imagined for herself. After school, she found no job, moved back in with her mother and spent months in bed battling depression. When Sherry is asked to teach art to middle schoolers by quirky principal Joseph (Lane Richins) she jumps at the chance. However, Sherry must deal with constant drama from her sister Grace (Liz Whittaker) who is reeling with her own depression after a brutal break-up. Grace spends most of her day lying on the couch and watching “Top Gun,” even when Sherry’s first art therapy client Zack (Jordan Briggs) comes to the house for sessions. Amid her own recovery, Sherry juggles her progress with Zack, her physically and mentally ill mother and an escaped tiger from the local zoo, all of which threaten to disrupt the precarious balance that Sherry is desperately trying to achieve. 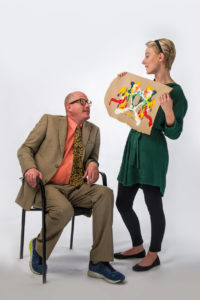 As a light, charming twist on romantic comedies, “Tigers Be Still” is largely successful. Rosenstock has a natural ear for dialogue, and the play is frequently laugh-out-loud funny while crafting a convincing-if-not-exaggerated voice for each character. This production’s direction, from Elizabeth Golden, isn’t flashy — her most important work is establishing a palpable chemistry between the actors. The small, energetic cast performed comic set pieces and quietly devastating moments with equal success, and their performances grounded the show. Whittaker, who recalls both the physical appearance and unhinged comic energy of Kristen Schaal, is a particular highlight. (It helps that she gets the show’s juiciest lines). Even though the role does not exactly defy “crazy ex-girlfriend” stereotypes, Whittaker’s refreshingly rude performance is too delightful to be a hacky retread. 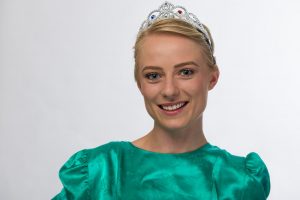 In “Tigers Be Still,” Rosenstock mixes honest discussions of mental illness along the play’s lighter moments. While this may seem like an unorthodox approach, “Tigers Be Still” is actually part of a larger trend — since the play premiered in 2010, plenty of people have made the case that mental illness really is a laughing matter. TV shows like “Bojack Horseman,” “Crazy Ex-Girlfriend” and “Lady Dynamite” combine zany humor with complex, personal examinations of mental illness. The podcast “The Hilarious World of Depression” interviews comedians with depression and anxiety — for many famously funny and creative people, humor is just a coping mechanism for seriously dark mental states. My Twitter home page is full of funny memes about unfunny mental disorders. If you need a screenshot from “SpongeBob Squarepants” to describe your dissociative episode, someone probably posted it with a caption and it got 10,000 retweets.

Among this crowded landscape, “Tigers Be Still” holds up rather poorly — while Rosenstock’s writing ably balances a wide variety of different tones, the actual content of the play leaves much to be desired. The actors do a remarkable job in finding kernels of truth within the characters that they portray, but their emotional journeys — and their stated diagnoses — ring false. The characters go through an after-school special’s worth of problems, including unemployment, infidelity, body insecurity, parental abandonment and death, but the play replaces any possible depth with forced dramatics and pat lessons. Depressive episodes are cured by two minutes of good advice, grief is overcome by unexpected friendship and deep sadness is reversed by one grand romantic gesture. The play’s short running time (under ninety minutes during the night I attended) works against it — even with a small ensemble of characters, many promising ideas are left underdeveloped, including the bizarre tiger metaphor. “Tigers Be Still” did not need to be a perfectly realistic examination of every DSM-V diagnosis, but the show uses mental illness as a tidy plot device, manipulating the audience and missing the opportunity for a more nuanced, interesting story.