“An Absolutely Remarkable Thing” is a Cautionary Tale of Viral Fame 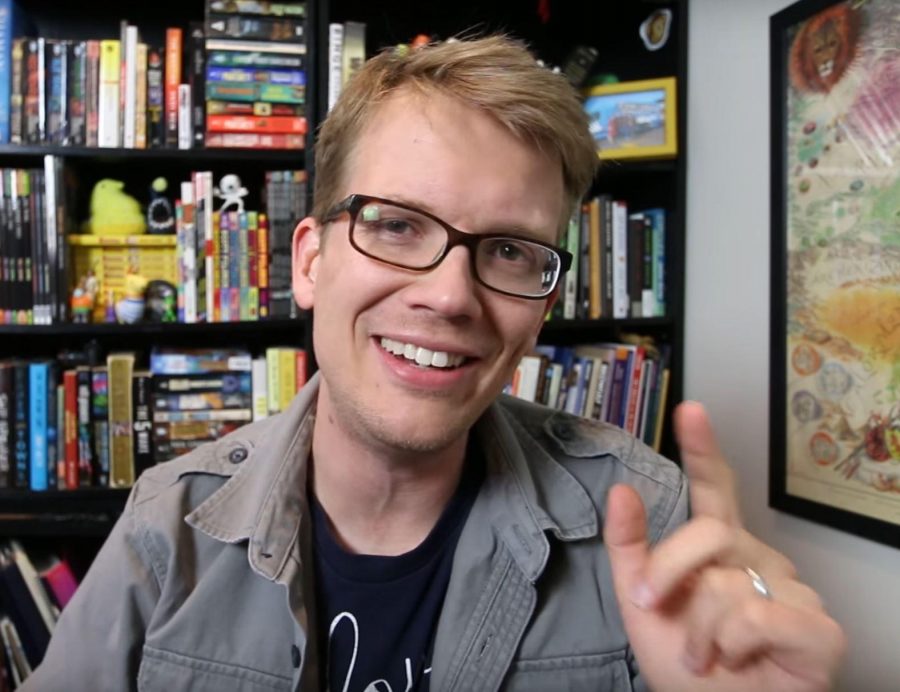 “An Absolutely Remarkable Thing” follows a young woman named April May, a New York resident and recent design grad, who stumbles upon a giant statue placed in the middle of Manhattan at three a.m. Assuming it is some interesting art piece, she calls her tech-savvy friend Andy to come document the find. When their YouTube video of what April comically names “New York Carl” goes viral due to the fact that ‘Carls’ have appeared in major cities around the world, she becomes inextricably tied to the story and must cope with the weight of international notoriety and her new identity as a public persona.

Author Hank Green knows firsthand what it is like to deal with this new brand of fame, arising from the Internet boom. His YouTube channel, which began as a project with his brother John (also an author, known for his YA work), currently has over three million subscribers and a fan-base known as Nerdfighteria. He also works on many educational YouTube channels, including SciShow and Crash Course, and is the co-founder of the e-commerce company DFTBA Records.

In his debut novel, Green has cultivated a near-future that revolves around the frightening aspects of the twenty-four-hour news cycle: reporting speculations as headline news and controlling the spread of important information. Green’s protagonist, April, mirrors many of his own experiences, as she navigates aggressive media managers, radical extremist movements and the dangerous world of Twitter while chaos is purposefully manufactured before her eyes.

Part of what makes “An Absolutely Remarkable Thing” so compelling is April’s perspective. In a conversational manner, April May recognizes both the faults in her actions, commenting on her irrationality or unreliability, and her strengths in managing the duality of her life. However, as broken of a narrator as April is, the message of her journey comes from seeing her faith in humanity tested and reaffirmed.

The story of April May, as action-packed and sci-fi charged as it is, boils down to a small, yet steadfast voice that preaches the inherent goodness of humanity. In one of her darkest moments, April still calls out to those that will listen, “Even on this most terrible of days, even when the worst of us are all we can think of, I am proud to be a human.” At its core, “An Absolutely Remarkable Thing” calls on us to stay connected, to stay collaborative and to stay confident in what this world has for us.

I highly recommend this book to anyone living in our media-influenced world. It forces you to take a second look at the magnitude of connectivity in our modern world, and how we should be using it for good. “An Absolutely Remarkable Thing” is available for purchase now from publisher Dutton and, and if this book captivates you as much as it did me, Green has already announced a sequel.