Fantasy Themes Have Logic Too 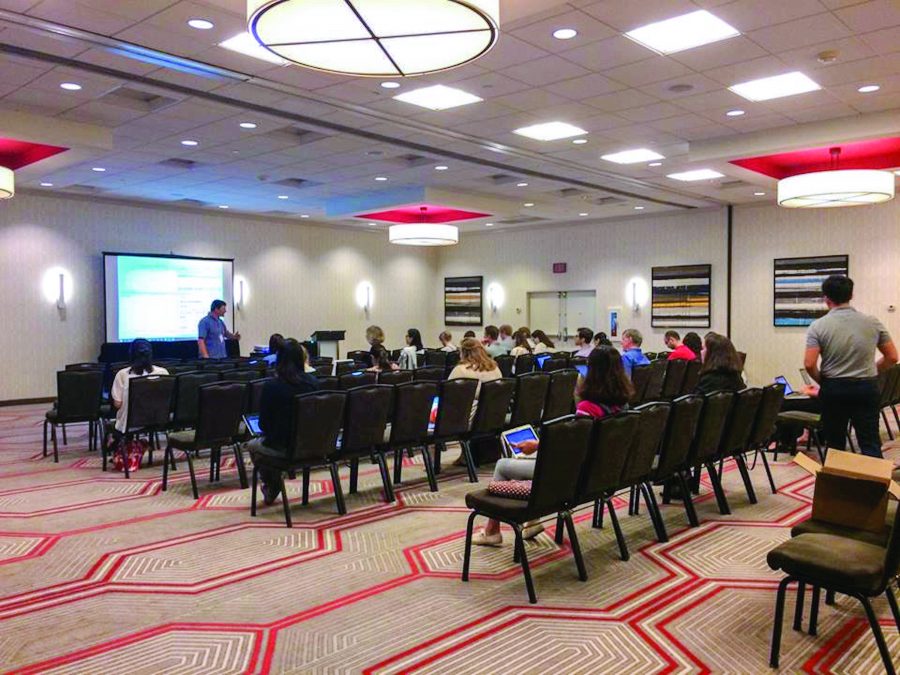 “Double, double toil and trouble…” Witches chant over cauldrons and fly off on broomsticks alongside black cats. But what about when they don’t?

The Director of Student and Faculty Affairs for the University of Utah’s College of Education and Chair Department of Educational Psychology Anne Cook took a look at inconsistencies in fantasy worlds and how they affect the reader’s understanding of the material.

In Cook’s paper, “Processing Fantasy-based Contradictions: When Witches Can and When They Cannot Fly on Broomsticks,” she builds upon her life’s work of studying the fundamental processes involved in reading comprehension.

Erinn Walsh and Edward O’Brien from New Hampshire University contributed to the paper.

“Although fantasy-text routinely violates general world knowledge, readers also hold fantasy information in memory,” said the paper’s abstract. After about a full year of collecting data alongside peers at the University of New Hampshire, Cook and her team found that general world knowledge does not completely fade away when reading fantasy.

“It’s not like when you read a fantasy text that you immediately suspend all disbelief and that you immediately roll out all understanding of how the real world actually works. That that doesn’t impart or impact your processing of the text, but over time as you read as you get further and further into a fantasy text that sort of fantasy context and fantasy knowledge about that specific text can build up,” Cook said.

Just over a year ago, Cook and her fellow researchers traveled to Philadelphia for the Society for Text and Discourse Annual Meeting. There, they presented their findings along side academics from across the globe.

The Society for Text and Discourse (ST&D) is an international organization. According to the ST&D website, their goal is “to consolidate research in discourse processing and to enhance communication among researchers in different disciplines. A second objective of the society is to contribute to the education and professional development of those in the field or entering the field.”

Cook stood in the spotlight during the Narrative Inconsistencies portion of the three-day meeting. “Processing Fantasy-based Contradictions: When Witches Can and When They Cannot Fly on Broomsticks,” was given alongside “Tracking and Representation of Goal-relevant Location Information in Narrative Processing,” “Impact of Discrepancies on the Encoding and Memory Representation of Sources During Text Comprehension,” “Narratorial Stance Can Eliminate the Consistency Effect” and “When Cookie Monsters Eats a Salad: How Inconsistencies Affect Comprehension.”

“In four experiments, we explored the relation between fantasy-related contradictions and general world knowledge of fantasy,” said Cook’s paper.

As readers dive deeper into the world the author created, they gain a greater understanding of how that universe works and what is and is not possible. “Across all experiments, the amount of fantasy context was manipulated. The overall finding was that as contextual support increased, the disruption in reading caused by fantasy-related contradictions decreased,” said the paper.

Cook gives the example of J. K. Rowling’s Harry Potter. Throughout the seven-book series following the life, education and adventures of a young wizard, fans learned about what magic can and can’t do.

The main points Cook made revolved around witches, but the research goes beyond that. This study took a look at fantasy creatures of all kinds: elves, unicorns and more. Each reader goes into a book already knowing some pieces of information about these creatures. In Harry Potter, drinking the blood of a unicorn can make you immortal, a feature not many other novels hold.

When there is a contradiction or a new piece of information about a magical world Cook says that the hesitation may not be instant. “Sometimes you get that ‘oh, wait a minute,’ reaction, and it may come as much as a sentence later. This isn’t something that’s always readily apparent to the reader but it is measurable,” Cook said.