The Lucas Brothers Are Stand Up’s Most Powerful Duo 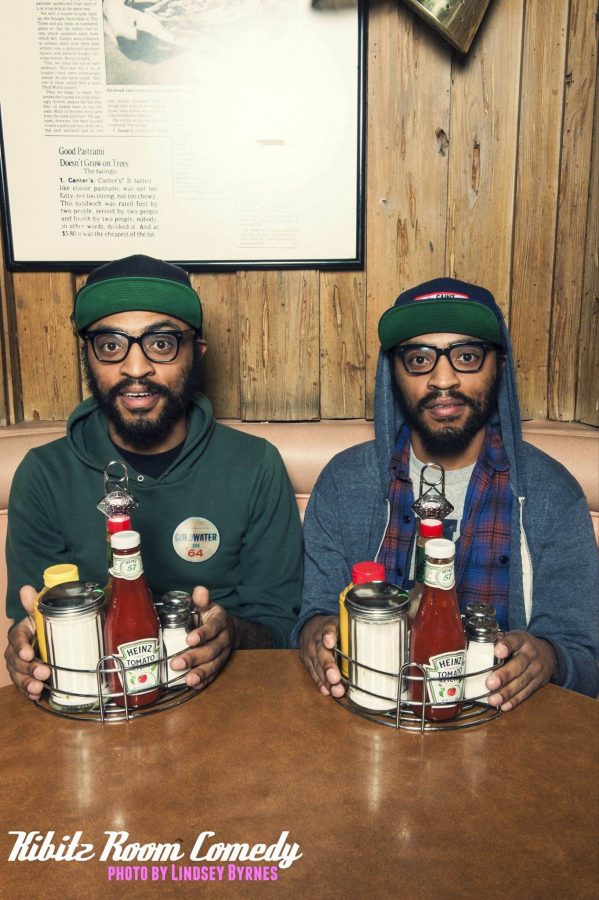 No, you’re not seeing double. Though stand-up comedy is typically a solo form, Keith and Kenny Lucas, also known as the Lucas Brothers, take a different approach. The two comedians are identical twins who perform stand-up together. Their act may be a little hard to classify — one tongue-in-cheek headline called them “the next big thing in identical twin stoner comedy” — but their charismatic, surprising performances have won both critical acclaim and a devoted fan base.

In their relatively short careers, the brothers have already been involved with high-profile projects and explored many different mediums. The two are mostly known as stand-up comedians. They have toured the country with their act, and have regularly performed on television since their debut on “Late Night with Jimmy Fallon” in 2012. In 2017, the pair released the Netflix special, “On Drugs” which combined social commentary with their unique brand of observational comedy. In 2013, Kenny and Keith created and wrote their own animated series, the “Lucas Bros. Moving Co.,” that highlighted the comedians’ loopy, low-key style — and their penchant for marijuana jokes. They have also had small roles on “Arrested Development,” “22 Jump Street,” “Lady Dynamite” and “Crashing.”

Over the phone, Kenny and Keith match their stage personas — they are friendly, laid-back and self-deprecating. They also share an obvious bond. While it is clichéd to treat their chemistry as a kind of “twin telepathy,” it’s clear the brothers have a deep understanding of each other, and even in casual conversation they naturally collaborate together and work in unison.

The twins grew up as casual fans of stand-up comedy — Chris Rock’s 1996 special “Bring the Pain” was an early favorite — but they did not seriously consider careers in comedy until they both attended law school. Kenny had done some open-mic nights and classes alone, but it wasn’t clicking. He explained, “I didn’t think I was being my most authentic self.” Kenny then convinced his brother to perform with him. He said, “I had to convince Keith to make that leap of faith. I think he felt intuitively that it was the right call if we were together.”

The decision was certainly the right call. In performances, their natural chemistry is obvious, and their conversational style sets them apart from other comedy acts. The Lucas Brothers build off each other with impeccable timing, creating a unique end-result that is more than the sum of its parts. Explaining their creative process, Keith said, “We do allow for individual creativity … If [Kenny] has an idea, he brings it to me to see if I can help punch it up, and then we go from there … [This] allows us to be both individually creative but also collaboratively creative.”

Beneath their casual veneer, the brothers have a clear understanding of what they want their comedy to accomplish, and how they philosophically approach their work. In “On Drugs,” the opening title sequence reads, “In 1971, President Richard M. Nixon declared a war on drugs. This war sent a lot of black people to prison (including our father, five uncles, and several cousins), and, more importantly, made it difficult for us to secure drugs. For that, f**k Richard Nixon.” This introduction illustrates the Lucas Brothers’ interest in mixing political satire with lighter material.

For Kenny and Keith, that dichotomy was an intuitive choice. Kenny said, “We have a pretty large range of things that interest us … We kind of enjoy the challenge of balancing both the observational with the political stuff.” However, the brothers hope that their act will unite, rather than divide, audiences. Keith, who “like[s] to see a comedy show as not just a dialogue between me and Kenny but a dialogue between us and the audience,” hopes his work is enjoyed by people across the political spectrum. He went on to say, “We were just in Charlotte not too long ago, a couple days ago. There were some Trump supporters there, there was some black people there, and they were all in the audience laughing. This is more of a representation of what America is …  in reality, there is a lot of camaraderie, and I think comedy can also help foster that camaraderie.”

The Lucas Brothers will have plenty of opportunities to foster that camaraderie in the next few years. They are working on a new film with Jermaine Folwer and Lil Rel Howery called “The Come Up.” They cannot say much about the project yet, but Keith described it as “a heist movie with a twist.” They are also developing a script with Judd Apatow. The pair hopes to explore writing and directing, and they have already displayed plenty of interesting, creative ideas beyond stand-up. (“On Drugs,” for instance, ends with a surreal animated sequence featuring a wild drug trip and a demonic Richard Nixon). But both Kenny and Keith emphasize that they still enjoy their current work. Kenny said, “So long as I can stand on stage with my brother, creating and telling jokes … than I’m going to be satisfied with my career.”