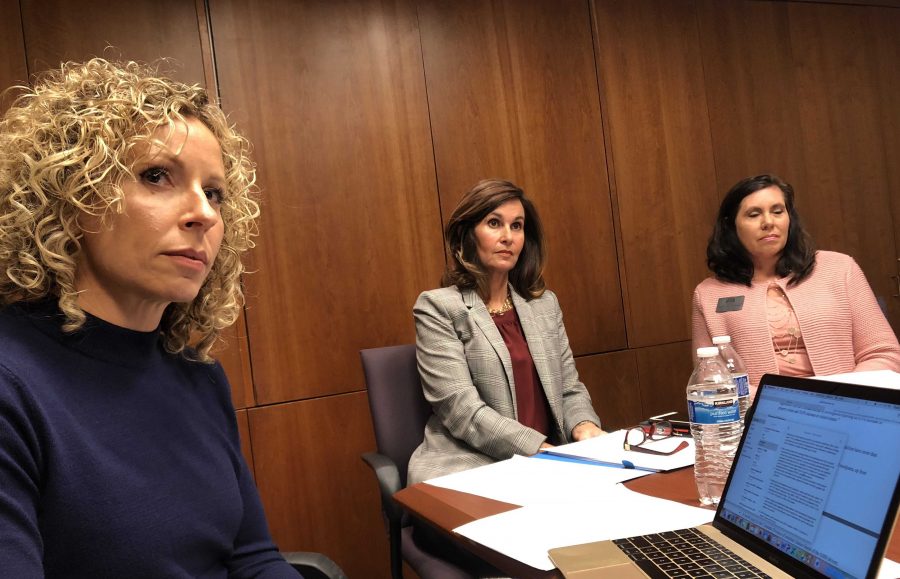 Friday afternoon, three Utah women joined together to share their concerns regarding Proposition 2.

“Women have historically been the gatekeepers for keeping children and homes safe and secure. They’ll do the same with this,” said First counselor to the Primary General Presidency for The Church of Jesus Christ of Latter-day Saints, Lisa Harkness.

The proposition to legalize medical marijuana has Utahns like Harkness fearing for their children’s safety.

“[The church has] been opposed to [Proposition 2] from the beginning because it does not provide adequate safeguards for children, youth and families. We are very empathetic towards those who suffer from debilitating diseases where traditional medical treatment has not proven effective,” Harkness said.

One of the safeguards that would be in place with Proposition 2 is the need of a medical card from the Utah Department of Health. Medical cards must be recommended by a physician to a patient with a qualifying illness.

Qualifying illnesses include epilepsy, cancer, chronic pain, Crohn’s disease, autism, PTSD, multiple sclerosis, HIV/AIDS, Alzheimer’s disease and Lou Gehrig’s disease. Dispensaries would only be allowed to sell to holders of these cards. People who do not have any of these ailments can still qualify through approval from the Compassionate Use Board. The board of five physicians would grant recommendation if seen that the use of medical marijuana could be beneficial to them.

In 2021, those with a medical card would be allowed to grow as many as six marijuana plants for personal use if they are not within 100 miles on a dispensary.

Dispensaries would follow local zoning ordinances mandating they remain at least 600 feet away from schools, public parks, playgrounds, churches or libraries and 300 feet from residential lots.

Still, 600 feet is not far enough for Harkness. Fully backing the compromise to be proposed after the election, church officials aim to make medical marijuana only available in sealed tamper-proof dosage packs and for marijuana to be a greater distance from schools.

Assistant Professor to the University Neuropsychiatric Institute of the University of Utah School of Medicine, Paula Cook joined Harkness at the table. As a clinician with experience in addiction medicine, Cook spoke only to the facts.

With no substantial research backing the benefits of marijuana in a medical setting, all three women agreed there was room for research. 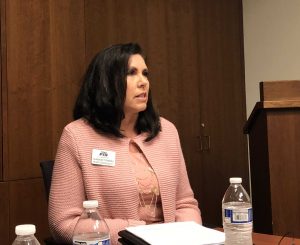 “We are very concerned to find a way to help alleviate pain and suffering for the victims, for the patients of diseases but also for their parents and caregivers, for their whole families,” Harkness said.

The families who could potentially benefit from this proposition are not the only ones to think about. Health Commissioner of the Utah Parent Teacher Association, DeAnn Kettenring spoke to experiences with her own son and his use of substances.

“I want this. I’ve been at the legislative advocating for the legalization and availability of medicinal cannabis but you also have to look at the mother who has a child who’s addicted. That’s just as painful and just as heartbreaking … we have to be careful, we have to look at both sides. There’s not only just one parent that’s struggling and having a horrible situation happening in their home,” said Kettenring.