Utah Stifled by ASU on the Road 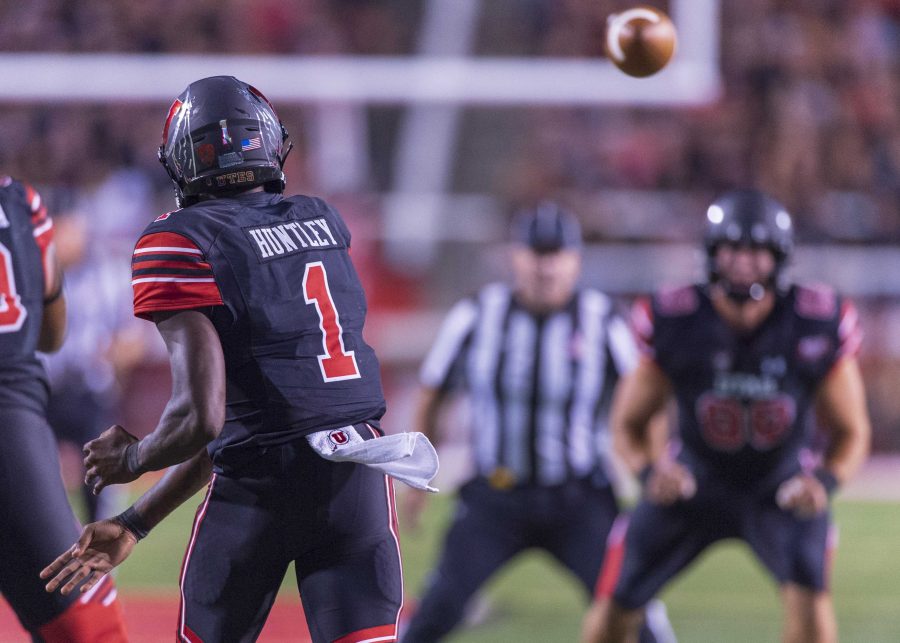 The Utes fell 38-20 in a heartbreaking loss. This was the first time in four games that the Utes have not scored more than 40 points, and the lowest scoring game since they played Washington at the beginning of September.

The Sun Devils jumped out to a 7-0 lead after their first drive of the game ended with an 8 yard run by Eno Benjamin. The touchdown came after a targeting call against Philip Afia and gave the Sun Devils a second chance at seeing the end zone, bringing the score up to 14-0 ASU.

The first Utah drive was strong after Zack Moss ran for a total of 23 yards over the first three plays. On a 2nd and 3 on their own 48-yard line, Tyler Huntley looked deep for Jaylon Johnson in the ASU end zone but the pass was intercepted after it bounced off the leg of Johnson.

ASU capitalized off the Huntley interception, when they marched 53 yards down the field, finishing off their drive with a 3-yard pass from Manny Wilkins to N’Keal Harry.

On the ensuing possession, the Utes showed off their passing game along with the depth the team has at running back. The drive was 10 plays taking up over four minutes of time. It was capped off with a one-yard run from Moss to put the Utes on the board with a score of 7-14.

The next Utah drive resulted in a 40-yard field goal booming off the foot of Matt Gay. Gay hit his 11th and 12th straight field goals from 40 and 31 yards, respectively. Gay is 14 for 17 on the season, and he has his hit 6 of 9 from over 40 yards. He has 44 career field goals and is tied for third of all time at Utah.

Arizona State attempted to respond to the Utah score but after an 11 play, 56-yard drive Brandon Ruiz missed a 37-yard field goal.

Utah was not going to let the missed field goal be in vain. The team proceeded to have an 80-yard drive that ate up over four minutes of time and was capped off with a 5-yard touchdown reception from Huntley to Samson Nacua — the Utes were up 17-14 with 2:15 left in the first half. With that touchdown, the Utes put up 17 unanswered points.

The Sun Devils were not going into halftime without trying to respond, and respond they did. It took just over a minute for Wilkins to find Harry in the end zone again.

Going into the half, Utah was down 17-21 and was set to receive the kickoff.

The second half was not what the team expected, and the only points scored came from a 31-yard field goal from Gay.

All of Ute Nation held their breath when, after being hit on a play towards the end of the third quarter, Huntley was down and did not get up. The quarterback walked off on his own but did not return to the game. His injury and status for the rest of the season are yet to be announced by the Utah coaching staff. Huntley finished his night 7/15 for 88 yards, with one touchdown and two interceptions.

Freshman quarterback Jason Shelley entered the game after the Huntley injury but was unable to lead the team to a comeback. He finished his game 4/11 for 59 yards and one interception.

By the close of the game, Utah’s Moss hit 1,000 rushing yards for the second year in a row. He earned this from 128 yards on 18 carries. Moss is the fourth player in Utah history with two 1,000 plus yard rushing seasons. He also scored his 11th rushing touchdown of the season, tying him for fifth most in a season at Utah.

The Utes will face the University of Oregon next Saturday, Nov. 10 in their second to last regular season game. The kickoff time is still to be announced.