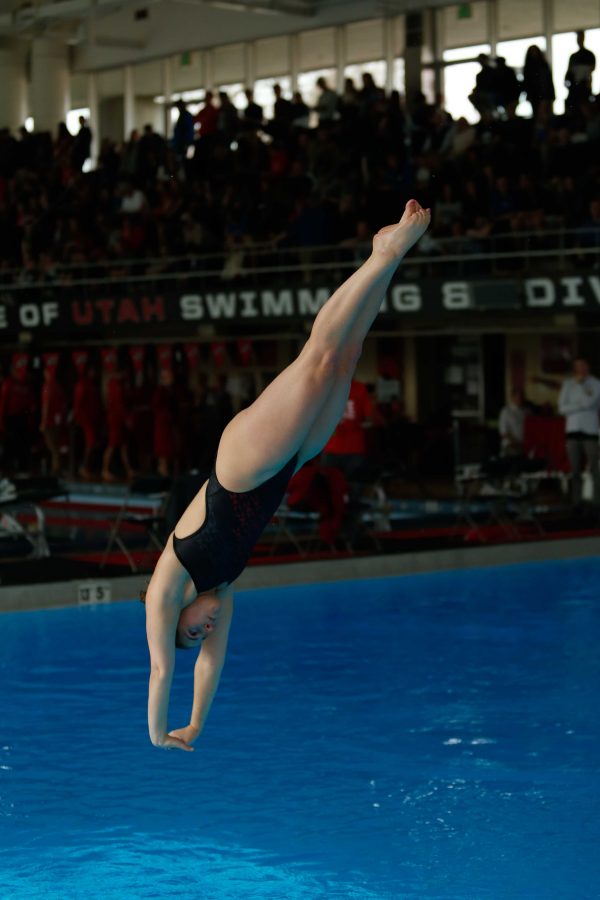 “I am really proud of the team’s performance,” said head coach Joe Dykstra. “After another difficult week of training and a six-hour bus ride, we came out swinging with the relay performances. It was great to pick up another road win.”

The Utes had a dominant start by winning the 400-meter medley relay in 3:44.71. Audrey Reimer, Darby Wayner, Aryanna Fernandes and Gillian St. John excelled in the race.

Senior Jordan Anderson is the Utah record holder in the 400 IM, and she held her place. She captured first place in her 400 Individual Medley (IM) with a time of 4:22.95.

In diving, Clare Greenlow took first with a score of 259.75 in the three-meter event.

The divers will travel to Los Angeles for the USC Invitational next weekend for a two-day meet. The swimmers will compete in the Minnesota Invitational for three days in Columbia, Missouri at the end of the month.