Volleyball Takes No. 20 Arizona in Five 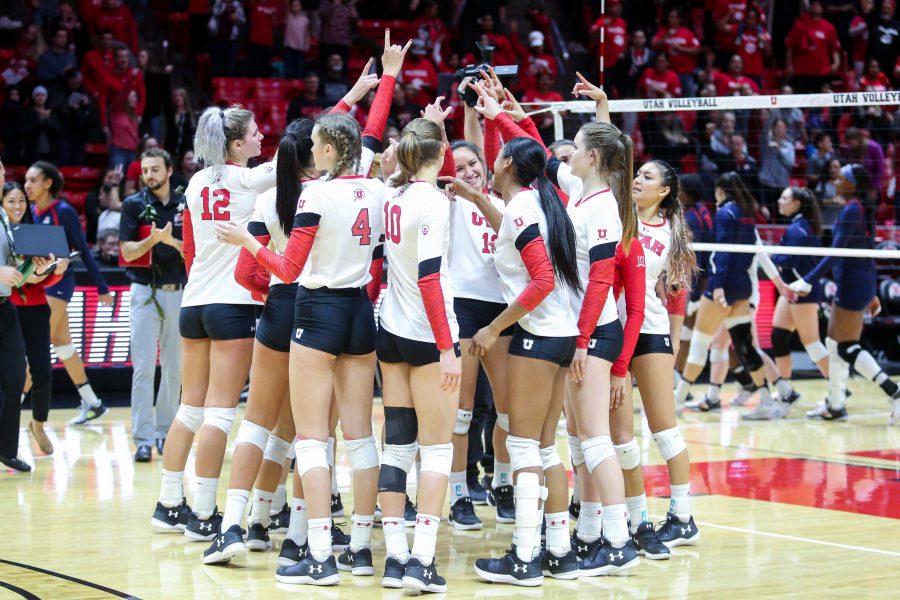 The University of Utah Volleyball team started off the weekend with an exciting win on Friday, Nov. 9 against No. 20 Arizona Wildcats.

After two losses last weekend, the Utes were ready to get back on their home court this weekend.

“We put together a great week of practice,” said head coach Beth Launiere. “Everyone felt prepared, the team was hungry for this opportunity to get home and play these teams and play well.”

In the first two sets, the Utes started off dominating. Utah only had one error in the whole first set and was able to take the first set 26-24.

The Wildcats had a huge turnaround in the third set. They took control early and Arizona was able to quickly lead by 7 points at 18-11. Utah took a timeout to try and regroup but could not recover and ended up losing set number three at 25-18.

In the fourth set the Utes started off with the lead, but Arizona quickly took control of the match by keeping a lead throughout. The Wildcats took the win at 25-18, taking them to a fifth set.

“There was a lot of adjustments that were made throughout the course of the match,” Launiere said. “Who we were serving and what our blocking calls were, and they started really keying on our outsides, so we had to set some different places and some people got kills. It was a really great team effort.”

After making the adjustments that they needed, the Utes were ready to finish off the match. They kept up their momentum and took the match quickly at 15-11.

Utah will now look forward to a match this Sunday, Nov. 11 against Arizona State. The Arizona Sun Devils have had some tough losses recently and currently have a 9 point losing streak.

The last time the Utes met with the Sun Devils this season Utah swept Arizona State 3-0 and are hoping to have the same success this coming Sunday.

Students are allowed free entry for themselves and four guests for all home volleyball games. Students will need to present valid student ID at the door of the Huntsman center for entry. All seating is general admission. Matches this weekend will be live streamed on the Pac-12 website, along with live stats provided at www.UtahUtes.com.