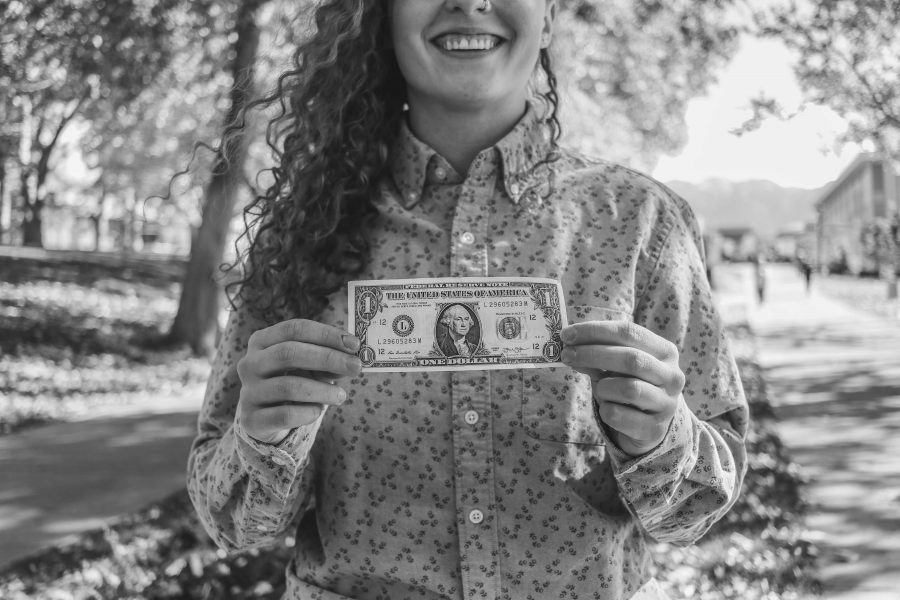 When Edward Diener was in his undergraduate years, he decided to study the happiness of farmers.

Diener, now a professor of psychology at the University of Utah, grew up on a farm. His parents were positive and optimistic people, but so were also “somewhat poor” farm workers. This dynamic had always fascinated Diener and so when he took a course on psychology research he was quick to state his topic.

His professor said to his ideas, “Mr. Diener, you cannot do that study because farm workers are not happy, and there is no way to measure happiness.”

That year, Diener completed a study on conformity instead. In 1981, Diener became a tenured professor which gave him the security to study whatever he wanted. He has now been collecting data on happiness for the past 37 years.

“We have long wondered about the effects of income on well-being,” he said. “Does money really make people happy? Turns out there is not a simple ‘yes’ or ‘no’ answer to this question — it depends on a lot of things.”

Diener examined a sample of nearly 2 million people around the world for his now published research paper, “Happiness, income satiation and turning points around the world,” collecting his data since 2006. Diener worked with Andrew Jebb, Louis Tay and Shigehiro Oishi.

Their data stemmed from the Gallup Organization’s Gallup World Poll, the first representative sample of humans ever created. Diener is a senior scientist at the Gallup Organization.With such a large sample, Diener was able to include people with higher incomes in his research. What he and his colleagues found was that, in general, living in a wealthier country and moving up out of poverty increases life satisfaction.

An increase in funds does not always mean an increase in happiness. “We found in some groups of nations that after, say, 100K, people got less happy who had higher income,” said Diener. “We are not certain why — it could be that they work too long and are under stress; it might be that they become too materialistic and lose sight of other values such as good relationships. We don’t know, but we are pretty certain this downturn occurs.”

This downturn was found to occur even earlier on in how much money one has in terms of enjoying life as opposed to basic life satisfaction.

“One might make 70K, and after that, on average, start enjoying life less as one earns more,” he said. “For life satisfaction, the downturn comes higher on the income scale.”

With the help of Martin Seligman from the University of Pennsylvania, Diener has been able to start the field of “positive psychology.”

“This is the discipline in the behavioral sciences that does not just study problems,” he described. “Most psychologists — whether they are clinical or social or developmental — tended to study problems: schizophrenia, depression, racial prejudice, sexual violence, etc. This is very important because we do have to work to correct such terrible problems. But psychology was mostly omitting the other side — the good side. We also need to study creativity, and altruism, and happiness and people’s strengths. Our good side is as important, or more important, as the problems we have.”

To young researchers, Diener said, “If you love it, stick with it. I persevered through some challenges early on. People thought studying happiness was ‘flakey,’ not real science. But now it has become a ‘hot’ area and I am one of the most cited psychologists in the world. This is not to brag about me. It is due to the fact that I found an area I love, and stuck with it for 37 years.”

Diener’s love of studying happiness and the results of his work are not only informative but cautionary. He said:

“It gives us information on which to make life choices. Everyone thinks they would love to make 300K a year, and perhaps they might, but they have to look at the data, and say it might not be as great as they imagine. For one thing, such high earners often work very hard and often do jobs that many find stressful. It is useful information both for individuals and policymakers because it says: wake up! Economic development is important, but there are other things that are important too, and one cannot sacrifice too much on them to get rich, or you will not be happier.”

For Diener, his studies on happiness are far from over and he is excited to see where his research takes him. “We think this is a big direction for the future, that has the potential just as the surveys for policy do — for improving the world,” he said.