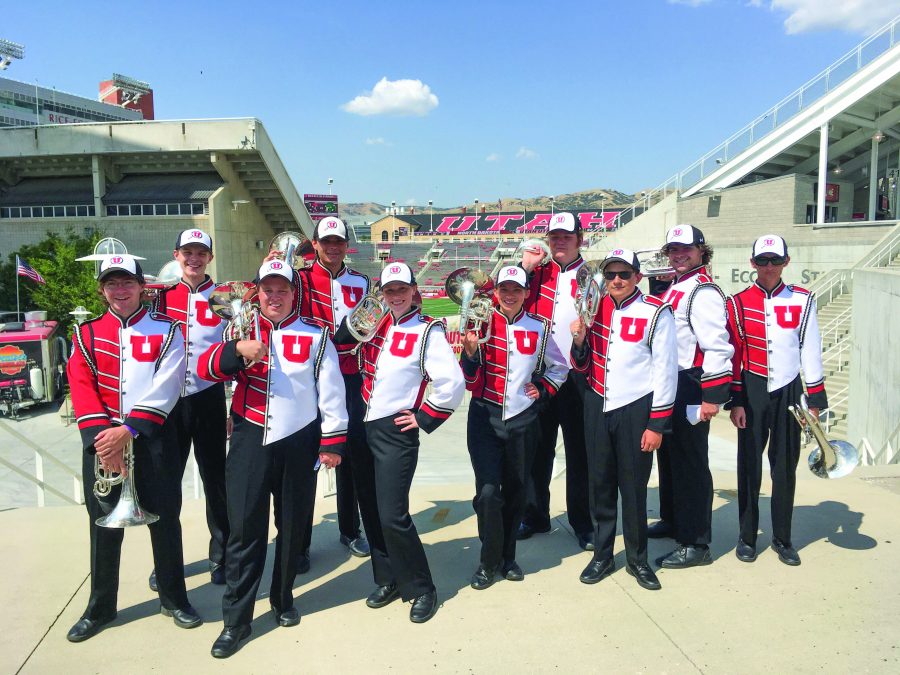 The now University of Utah alumna Amanda Berg Whittle once thought that it was her mission to go to Brigham Young University. “As a Mormon,” Whittle said, “everyone I was around in New York where I grew up went there, so I thought I was supposed to go there like everyone else.”

When she moved to Utah, events played out about how she expected they would. It wasn’t until she got back from serving as a missionary for the Church of Jesus Christ of Latter-day Saints that there was a shift. “I realized [BYU] was far more pharisaical than I thought it was my freshman year,” Whittle said.

As a returned missionary, she began dating a fellow former missionary. “He ended up being incredibly abusive,” Whittle said. “When I finally found the courage to break up with him, he reported me to [BYU’s] honor code office for ‘sex.’”

Students of BYU are expected to make a commitment to “live a chaste and virtuous life” while living on campus, as stated in the school’s honor code. Breaking the honor code is seen as a serious offense at the university, which can result in a student’s expulsion.

With Whittle’s bishop, her roommates and even her now ex’s mother backing her up, Whittle fought hard to clarify that none of the “sex” that she was accused of was consensual. “[The university] still believed him over me because he was my boyfriend,” she said.

Whittle was expelled from BYU after being raped for months.

“[BYU] finally came to their senses, apologized and told me I could stay,” Whittle said, “but they hurt me so much I wouldn’t have stayed even if they offered me a full ride.”

Feeling betrayed by her university, Whittle turned to the opposite side of Utah’s “Holy War.”

“I wanted to be a BYU rival,” Whittle said. “Interestingly, though, during my last year at BYU, I was considering transferring to the U just because I didn’t like the environment at BYU… The U has a reputation at BYU for being this heathen, anti-Mormon, disgusting place, but it [isn’t] that way at all.” Becoming a Ute was more to Whittle than attending an enemy school. It was a way to avoid starting a completely new life from scratch.

“Moving from New York to Utah, I already had to create a whole new friend group and didn’t want to have to do it again,” Whittle said. “So I chose to stay close to BYU and maintain my friends.”

As an additional draw to the U, Whittle wished to have a large LDS community at her university to be able to fall back. For her, this made the U a clear choice. “It was better than I expected,” Whittle said. “I appreciated how open-minded people were on campus and how many resources were available for diverse students. I also was surprised by how large and involved the LDS Institute is on campus.”

When Whittle made the switch, her family was fully behind her. “My family never liked BYU and now just have a reason to hate them more. They are more than willing to cheer on the Utes,” Whittle said.

Still, there are things that Whittle misses about BYU: ballroom dance, quality music ensembles and a flat rate tuition that would let her take as many classes as she wanted.

In 2016, when Whittle began at the U, she joined the U’s Pride of Utah marching band.

Amanda Whittle’s now-husband, David Whittle, recalled her first joining the band. “Someone in our [marching band] section… mentioned to me that she was the girl transferring from BYU, and I was not excited because I figured she was going to be some self-righteous stuck up jerk,” he said. “I quickly realized she wasn’t that stereotypical ‘BYU girl.’ It was at that moment that my interest in her peaked.”

After a week, the two shared their first kiss. By a year, David and Amanda were married in an LDS temple.

“Amanda is definitely a one-of-a-kind kind of person,” David said. “She’s very passionate about her interests: politics, dance, her education and music, specifically French horn. She’s a very driven individual and never sits back waiting for someone else to act. She just does it.”

Following the words of Dr. Seuss, Amanda lives by the phrase, “Unless someone like you cares a whole awful lot, nothing is going to get better. It’s not.”

Amanda graduated in May with a degree in Communication Sciences and Disorders from the U. She now works as a Psychiatric Technician and EMT at Intermountain Primary Children’s Hospital.